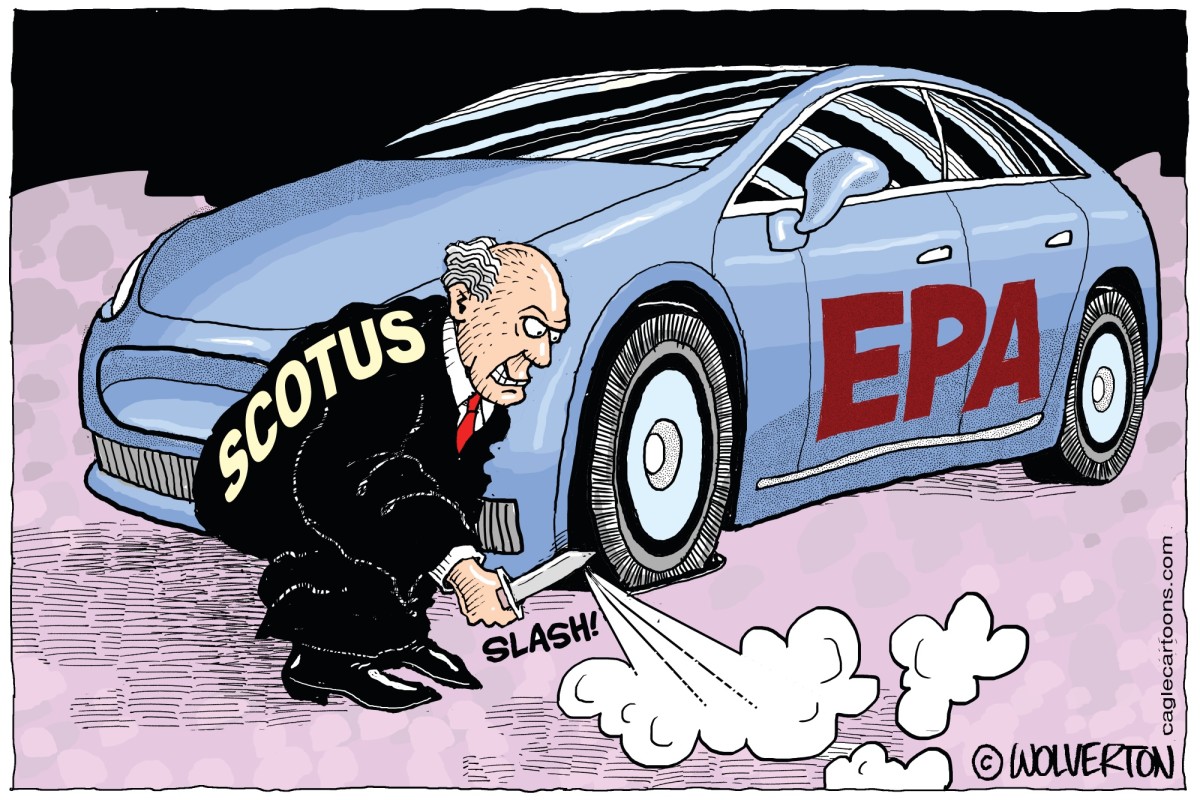 With the EPA Supreme Court ruling, can we ever undo Trump’s damage to the environment?

To grasp the enormity, breadth and depth of “Trump corruption” is quite astonishing. Most news junkies and politicians are familiar with the looting, skimming, and personal dealings of the president and his family members. Beyond family corruption, there is a much larger world of Trump corruption. A “glutinousness perpetrated by literally thousands of presidential appointees, from Cabinet officials to obscure officials,” as journalist Jim Lardner put it in his article for the American Prospect. It is certainly difficult to account for all the corporate rogues, thieves and lackeys and nefarious schemes perpetrated.

Corruption has infected many government agencies designed to protect the health and well-being of all Americans, including the Environmental Protection Agency (EPA), in ways we have not fully understood. into account.

The first administrator of former President Donald Trump’s Environmental Protection Agency has been one of his most controversial cabinet-level appointments. This nomination, in particular, embodied the White House’s broad support for the fossil fuel industry and its contempt for climate science. Prior to his appointment, Scott Pruitt had made a career — as Oklahoma’s attorney general — attacking the very federal agency he would one day lead. As an avowed skeptic of climate change caused by greenhouse gas emissions, Pruitt, along with other Republican attorneys general, led the charge and, as Rebecca Hersher and Brett Neely reported for NPR in 2018, “sued the EPA to stop rules on ozone and methane emissions and block regulations on coal-fired power plants. Of course, it wasn’t Pruitt’s anti-environmental policies that caused his abrupt departure after 18 months in power: that’s why he was hired in the first place.

Pruitt was fired (“resigned”) due to his varied corruption and lavish spending on his expenses, office and travel. He also had a habit of mixing his personal and professional life, which resulted in more than a dozen Office of Inspector General investigations. For example, Pruitt spent more than $124,000 on unwarranted first-class air travel and $43,000 on a soundproof phone booth. He used EPA staff to land his wife a job, rented a Capitol Hill condo bargain-basement from a lobbyist’s wife, and had his security detail drive him to personal shopping. As the investigations piled up, several of his close aides and EPA staff members left the store. After all the negative publicity, pressure mounted on Trump from congressional Republicans to oust Pruitt.

On Twitter, Trump announced on July 8, 2018, that he was accepting Pruitt’s resignation, noting, “Within the Agency, Scott had done an outstanding job, and I will always be grateful to him.” Some of Pruitt’s “outstanding” work included his response to an initial study commissioned by his assistants from EPA economists to reassess the effects of the Obama administration’s clean water rule. According to a 30-year veteran of the agency who left around the same time, when the study found more than half a billion dollars in economic benefits, these economists “were instructed to say that the benefits could not be quantified,” the American reported. Prospect through their Mapping Corruption Project, a widely documented interactive dossier exposing the extent of corruption in the Trump administration. Similarly, after “a science advisory board questioned the basis of a proposed rewrite of Obama administration rules on waterways and vehicle exhaust emissions, more than a quarter of members of the panel were fired or resigned, many of them being replaced by scientists with links to industry”. .”

As part of Pruitt’s EPA more generally, the agency decided to limit the use of scientific research. They excluded many studies that relied on confidential personal health data. Meanwhile, vacancies have not been filled, particularly in the areas of air pollution and research on toxic substances. The EPA Trump didn’t miss a beat with its anti-environment, anti-species agenda when Andrew Wheeler became the next administrator. For example, as a former coal lobbyist whose main client was Murray Energy and whose CEO was a major Trump supporter and climate change denier, Wheeler ordered the EPA in June 2019 to end his funded 13 health centers across the country that studied the effects of pollution on the growth and development of children and other living things. As Trump wrote on Twitter announcing Wheeler as Pruitt’s replacement, “I have no doubt that Andy will continue our excellent and enduring EPA program. We have made tremendous progress and the future of the EPA is very bright! »

While Wheeler was head of the EPA, Murray Energy CEO Robert Murray prepared a political “wish list” that was hand-delivered to Energy Secretary Rick Perry. Several of Murray’s recommendations have been implemented, including, as American Prospect reports, “dropping an Obama administration rule prohibiting coal companies from dumping waste in creeks and waterways; facilitating the opening of new coal-fired power plants and allowing higher levels of mercury pollution. In related cases, former industry lobbyist Nancy Beck, Deputy Assistant Administrator for Chemical Safety and Pollution Prevention, was leading the charge against an EPA proposal to stop the sale of three related chemicals to birth defects, nerve damage and death. Under Wheeler, the EPA was completely absolved of any obligation to fight global warming.

In addition to the EPA’s capture by mega-polluters, conflicts of interest and Trump’s top appointments, the US Prospect’s Mapping Corruption Project has highlighted the undue influence of a dozen assistant and deputy administrators scattered across environmental protection organization. Here are the first five administrators identified by the project:

Corruption and white-collar crime have reached new heights in Trump’s four years in office. Likewise, Trump has introduced a level of corruption never seen before into the highest echelons of the US government. It is difficult to assess the full extent of Trump’s EPA’s negative impact on our collective health and well-being, and the costs, time and energy it will take to undo the damage. by the science denier. chief. And now, with the Supreme Court’s ruling against the Environmental Protection Agency on June 30 — a 6-3 vote, with all three Trump appointees voting with the conservative bloc — it’s doubtful the damage done by Trump to the environment can be repaired.

This excerpt is adapted from Criminology on Trump (Routledge, 2022) and has been produced for the web by Earth | Food | Life (a project of the Independent Media Institute).

Shaping of the new Indonesian capital by foreign capital