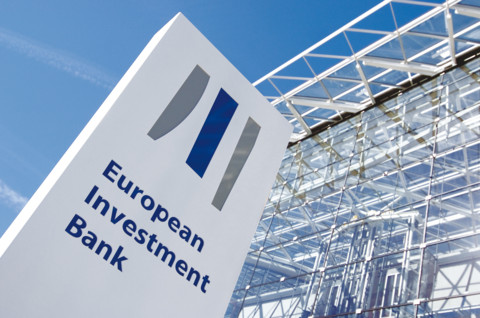 Will the EU stop its investment bank from hiding a third of its loans?

The European Investment Bank, the EU’s parent bank, has just released a shocking new draft of its transparency policy that would allow it to continue to keep a third of its loans secret and hide decision-making from the government. public review.

This week, the bank’s board of directors, made up of representatives from the European Commission and member states, will decide on policy. It must seize this opportunity to save the image of the EU bank by dramatically improving the disclosure of bank information.

In 2020, a third of the EIB’s portfolio consisted of credit lines for financial intermediaries, completely hidden from the public eye. The Bank considers these projects to be â€œlow riskâ€ and leaves it to the intermediaries – commercial banks, investment funds or state banks – whether or not to disclose information about them.

But our research found that these loans supported high-risk projects, including small hydropower projects in sensitive areas in southeastern Europe, a waste incinerator in Serbia, and a mine at a UNESCO site. in Senegal.

In 2016 and 2017, Bankwatch asked 43 EIB financial intermediaries in the Western Balkans whether they had published environmental information on the small hydroelectric projects they had financed.

None of them had done so, despite the severe damage these plants caused to the unique nature and biodiversity of Southeastern Europe.

The new transparency policy would not solve this problem as hydropower loans amounted to around 1 to 5 million euros each, while the new draft policy only requires disclosure for projects costing more than 50 million euros.

The idea of â€‹â€‹openness in decision-making has not met with much understanding among Luxembourg bankers, even for large projects financed directly.

“Transparency is the currency of trust”

The EU bank shares little information about its investments before making final decisions. Transparency is the currency of trust, as the bank says in one of its promotional videos, but where is this confidence if the public has no information before the bank makes its decisions?

This is not an academic debate – misguided investments devastate people’s lives. The EIB’s refusal to disclose an expert report on whether the Svan people, who live in Georgia’s Svaneti region, are indigenous people, is a clear example of not sharing information with potentially life-changing consequences.

According to EIB policies, if the Svans are indigenous, their consent must be sought to build the Nenskra dam, destroy their river and flood their land. Otherwise, only a regular consultation process is required and their wishes could be rejected if the project was deemed important enough.

The Intervention of the EU Ombudsman ultimately led to partial disclosure of the report. But the EU Ombudsman cannot be contacted every time the public needs to access information that has an impact on their lives.

The draft policy does not align the EU’s central bank and its new development arm with the Treaty on the Functioning of the EU (TFEU). This requires the EU institutions to â€œconduct their work as openly as possibleâ€ to promote good governance and ensure the participation of civil society.

It also boldly ignores the EU Ombudsman’s suggestions for transparency regarding EIB direct loans and FINANCIAL INTERMEDIARIES as well as a call from 50 civil society organizations to strengthen its transparency.

The EIB is not even prepared to commit to equaling its peers.

The European Bank for Reconstruction and Development or the World Bank publish environmental and social assessment information before project approval and often seek public opinion on proposed operations.

While the EIB usually publishes project names in advance, it is often unclear exactly what is being funded, as in the case of the southern Mostar section of the Vc corridor in Bosnia and Herzegovina. From the information published, it is almost impossible to understand which subsection the EIB is financing. Thus, people whose property is to be expropriated may find it difficult to know which bank to turn to for redress.

With this distorted approach, the EIB undermines its claims to support human rights or to be a climate leader. Without information sharing and early engagement with those affected, ambitious initiatives to become the â€œclimate bankâ€ or â€œdevelopment bankâ€ will not succeed.

Everything is now in the hands of the board of directors. It is high time that the EU’s home bank lived up to its name.