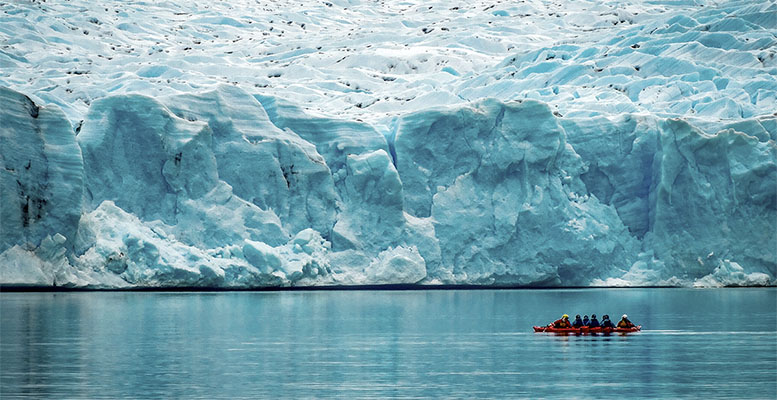 What banks could do with their loans to reverse climate change

Andrew Fraser (Aberdeen Standards) | They talk, but they don’t, â€is how the Queen expressed her frustration with world leaders on the eve of COP26. The same accusation could be brought against the big global banks. They fund the biggest companies in the world and have a huge role to play in the fight against climate change. But the opportunity has not yet been fully seized.

Banks could play a major role in financing the transition to a low carbon future, but since the signing of the Paris Agreement in 2015, bank financing of fossil fuels has increased and is higher in 2020 than in 2016 *.

For some time now the world’s largest banks have declared their commitment to the green energy transition. Most have robust net zero targets in place, most also have divestment policies and targets to improve their sustainable business lending rates.

Many banks also issue green bonds, which help direct capital towards sustainable projects and businesses. Banks have the means to finance the global transition to a low carbon economy, but they continue to underuse this huge opportunity.

Financing the climate transition offers enormous growth potential. A global energy transition has been estimated to require funding of $ 3 trillion to $ 5,000 billion per year. This more than offsets the estimated annual reduction of $ 2 trillion in legacy activities.

We believe it is our role to encourage the big banks to participate in this unique opportunity.

How can banks act?

As investors, we want change to be driven much more urgently. There are 100 companies in the world that are responsible for 70% of global emissions, so that the banks that finance their businesses have the power to drive the change.

We have developed an action plan to share with the banks that we own or are interested in owning. Our goal is to shed light on the current situation and encourage lenders to do better.

We’ve compiled data to help us understand where banks are on their climate transition journey and who we see as the leaders and laggards. We rated 23 global banks based on various factors and found UK banks to be in the top quartile: Barclays, HSBC and RBS are among those with the most defined plans. The Bank of China and French bank BFCM are lagging behind, according to our research.

The objective of any business, including asset management, must first and foremost be to control its own internal emissions. Banks create carbon emissions by heating and cooling offices, creating travel emissions, producing equipment and operating computer systems. Controlling their internal emissions could mean: reducing energy consumption, using renewable energies, recycling and managing sustainable offices will all contribute.

Any remaining emissions can be offset by quality planting programs. Here we want to see not the cheapest forest plantation available, but sites that offer holistic biodiversity and environmental benefits and have plans for 100 years or more into the future.

Once the banks have processed their own issues, they can turn to the companies they finance. The first step towards managing emissions is to measure them. The Partnership for Carbon Accounting Financials (PCAF) standard helps here – an industry-led initiative that provides detailed methodological guidance on measuring greenhouse gas (GHG) emissions associated with loans and investments.

We found only seven banks that clearly account for the majority of their financed issuance (from banking and investing activities). The methodology used to do this varies, for example Rabobank uses the PCAF methodology while Barclays has developed an internal â€œBlueTrackâ€ carbon accounting method.

Our results, compiled in the first half of 2021, show 13 banks (out of a sample of 23 global banks) have a target of net zero by 2050 that includes the issues they finance. However, only three of these banks have a milestone – for example, Lloyds has pledged to halve the carbon emissions generated by the projects it finances by 2030 – without clear milestones, it’s difficult to see the path to net zero. HSBC, for example, has a net target of zero 2050, but in the absence of intermediate company-wide targets, that does not give us confidence that it will be met.

We want each major bank to publish an ambitious group-wide climate change strategy, which details the scenario the bank intends to align with. The strategy and its associated policies and objectives need not only be approved by the board of directors, but actively championed and driven by the board.

This will ensure that the action takes place across the organization, rather than just sitting with a sustainability team. At the time of research, we only found five banks that have climate change as a standing item on the board’s agenda.

Every aspect of the capital allocation process must incorporate climate considerations. And lenders should consider both negative exclusion – do not lend to GHG emitters – and positive inclusion – lend to companies that provide solutions to climate change.

We want the emphasis to be on supporting sustainable businesses. For example, HSBC has committed between $ 750 billion and $ 1,000 billion in sustainable financing over the next 10 years. Some banks are now offering better lending rates to companies with higher ESG credentials, and there is a growing market for green loans or sustainability loans.

The focus on prioritizing sustainable loans no longer applies only to business customers. Dutch bank ABN Amro says its mortgage portfolio causes more GHG emissions than its loans to mining or industrial companiesSo we want to see banks deploy ambitious new ways of doing business with their retail customers with a focus on climate change action.

We want to see all the big banks, both corporate and retail, pull out of companies that won’t improve sustainability, deliver green finance to customers who will, print their carbon footprint, and take emissions reductions seriously. . There’s no time to lose – the time to act is now and the opportunity for positive change and growth is enormous.