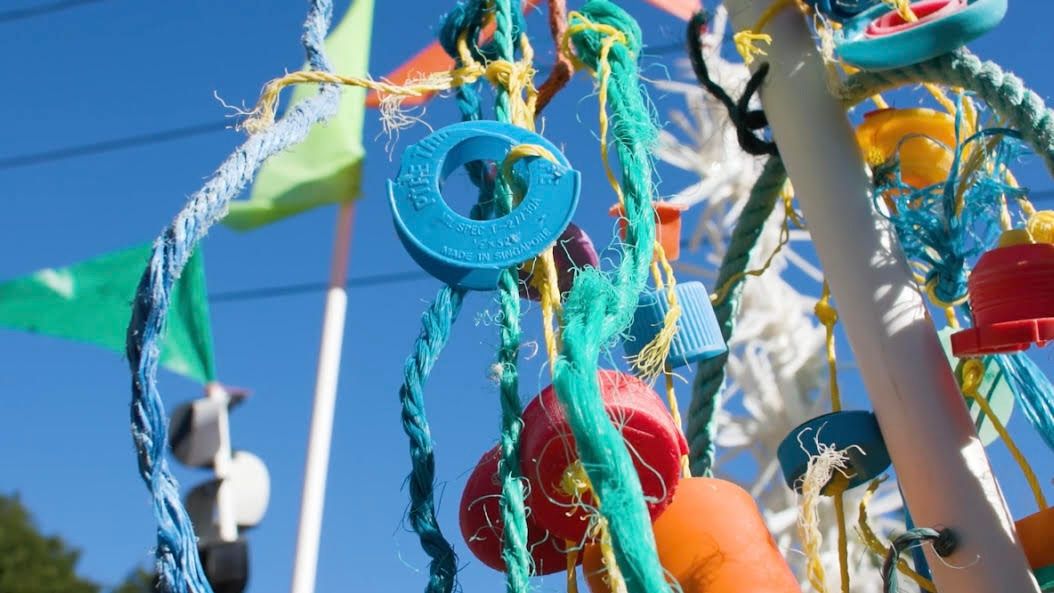 HUNTINGTON BEACH, Calif. – As tens of thousands of Californians hit the beach with shovels and trash bags Saturday for the 38e Annual Coastal Cleanup Day, visitors to the Huntington Beach Cleanup will be greeted with a Trash Castle. Created by Marin County artists Richard and Judith Lang and featured as part of the California Department of Transportation’s Stormwater Education Campaign, the installation is made up of the extensive trash the couple found along the beach.

“The Trash Castle is a temporary work of art to represent the thousands of pounds of trash on our beaches and waterways,” artist Judith Lang said in a Caltrans video promoting Saturday’s cleanup, where the castle trash will make its debut. “Each piece, one of us reached down and picked it up.”

The castle is made up of trash, plastics, metals and even abandoned toys.

The ocean conservation group Oceana estimates that 15 million metric tons of plastic flow into the world’s oceans each year. Whether it’s a straw or a cup escaping from a recycling center and entering nature via a river, or a fishing net thrown directly into the ocean, the equivalent two garbage trucks full of plastic go into the water every minute, the group says.

The Caltrans Stormwater Public Education Campaign is a three-year project designed to raise awareness of the sources and pathways of stormwater pollution in California. According to its educational website, stormwater contains multiple pollutants. In the LA area, stormwater includes trash and trash that accumulates on freeways and finds its way into waterways; metals from vehicle wear, tires and brakes; and bacteria from pet waste and illegal RV waste disposal.

California Coastal Cleanup Day is an annual event held on the third Saturday in September each year for volunteers to pick up litter along the beach. The Huntington Beach event runs from 9 a.m. to 2 p.m. on Saturday, September 17.

According to the California Coastal Commission, state residents and tourists make more than 150 million visits to California beaches each year. They are one of many contributors to marine debris, 80% of which comes from land-based sources such as litter.