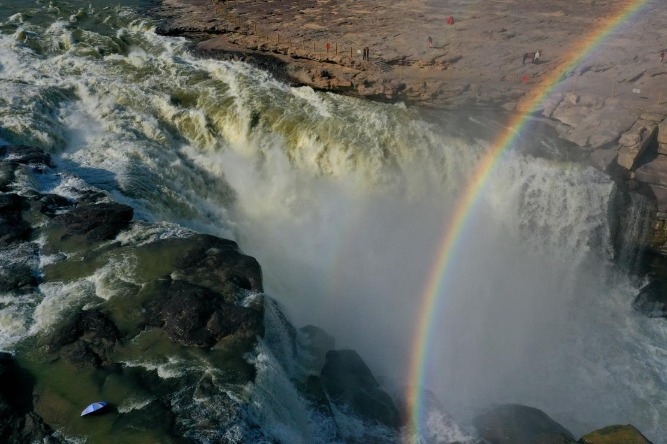 A plan on the protection and sustainable development of the Yellow River Basin was released recently, ensuring the safe management of one of China’s most important rivers until the middle of the century.

It includes measures to support environmental protection, water conservation and urban planning along China’s second-longest river, whose agricultural production areas account for about a third of total grain production. and local meat.

The Ministry of Ecology and Environment, the National Development and Reform Commission and the Ministries of Natural Resources and Water Resources jointly released the document titled “Overview of Ecological and Environmental Protection of the River Basin Yellow”.

The document will serve as a guide to address the challenges of policy development and planning of engineering projects in the basin.

By 2030, the document predicts that the basin’s environment and associated industrial development will have been further improved, as well as the governance systems around its climate and wider environment.

By the middle of the century, the Yellow River Basin will be full of vitality, with people and the waterway coexisting in harmony, according to the document.

He said that to achieve its goals, the country will need to coordinate the governance of industry, agriculture, urban and rural life and mining interests along the Yellow River Basin.

Regarding water conservation, the document requires cities to plan industries and other developments based on the sustainable capacity of water resources.

The document indicates that the provincial regions must cooperate to manage and protect the upper, middle and lower reaches of the river, its main tributaries and its banks.

The Yellow River feeds important agricultural production areas which are also important bases for the energy, chemical and raw materials industries. The development of the river is essential for the socio-economic growth of the country, the document states.

The document covers vital ecological zones along sections of the river that cross seven provinces – Qinghai, Sichuan, Gansu, Shanxi, Shaanxi, Henan and Shandong – as well as the autonomous regions of Ningxia Hui and Inner Mongolia.

In recent years, the environmental health of the river has improved through water conservation and reasonable spatial planning, the document said.