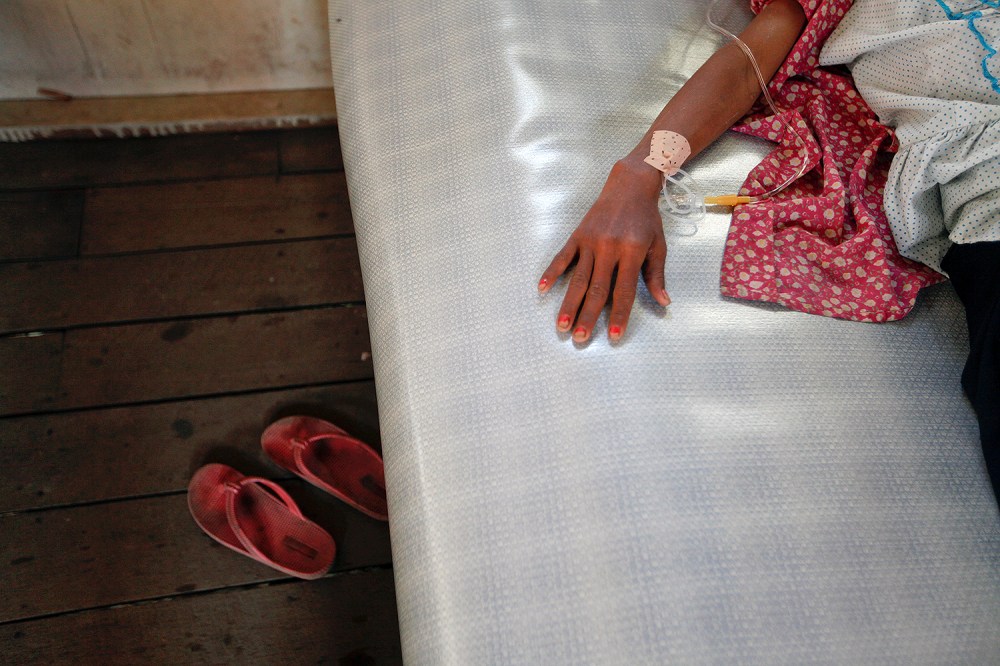 An expert’s point of view on a current event.

This week, the World Health Assembly (WHA), the governing body of the World Health Organization, is considering how to best prepare and, ideally, prevent future pandemics. The WHA takes as its starting point the recommendations of the Independent Panel for Pandemic Preparedness and Response, which released its findings earlier this month. The report is richer and more precise than previous comparable commissions, but also sparked debate on whether and how to create a global governing body for pandemic response.

There are important lessons here from the global fight against HIV. Twenty years ago, the impossible became the inevitable with the creation of a fund similar to what is currently under discussion. Mainstream technocrats said AIDS drugs were too complex and expensive, and health systems were too weak for the drugs to be widely distributed in low-income countries. We both started our careers around this time, joining a transnational movement of people living with and affected by the deadly virus.

Against this grim calculation, the movement sought – and won – annual investments of several billion dollars. These came through the US President’s Emergency Program for AIDS Relief (PEPFAR) and the Global Fund to Fight AIDS, Tuberculosis and Malaria (GFATM), a multilateral fund for efforts community-based efforts to combat the three diseases. These funds were a moral necessity and the only sensible response to a global public health crisis. Although precise attribution to PEPFAR and GFATM is difficult, over the past two decades it is estimated that GFATM has helped save 38 million lives while PEPFAR has saved an additional 20 million lives.

Today the world grapples with the question of preventing the next pandemic – and whenever the question is raised, we think of the Global Fund. In March, the U.S. House Foreign Affairs Committee took the first steps, passing a bill outside the committee considering a new pandemic-focused fund similar to the GFATM. US President Joe Biden’s initial budget request, including $ 800 million for global health security, included part for a catalytic health security finance mechanism. Since then, 120 members of the House of Representatives have approved the new fund, including a majority of House Democrats, and they wrote a letter to Biden urging him to include at least $ 2 billion in seed funding in his budget.

The $ 2 billion in seed funding offered, however, is a bare minimum and is largely aimed at helping countries meet the costs of implementing the International Health Regulations (IHR). IHRs were designed and adopted as the global to-do list for disease outbreak containment, and expanding adherence is a key priority. McKinsey & Company has estimated that initial investments of $ 85 billion to $ 130 billion over the next two years, followed by annual investments of $ 20 to $ 50 billion, are needed globally to put systems in place. surveillance and response to significantly reduce the risk of future pandemics. The size of the investment may seem the most salient feature – and indeed, massive and bold spending is required. But money alone will not prevent or contain future pandemics. The structure, mandate and location of the new fund are extremely important.

An HIV-positive Indian woman participates in a rally in New Delhi on May 10, 2016 to urge China, Germany and Japan to step up their contributions to the Global Fund to Fight AIDS, Tuberculosis and Malaria. CHANDAN KHANNA / AFP via Getty Images

But to be successful, there are two essential lessons to be learned from GFATM. First, prevention must be extended to include addressing the root cause of many epidemic pathogens: environmental degradation. Second, the successful governance model of GFATM, which includes the most affected communities, should be integrated into the management of any future fund.

The GFATM shows that a narrow focus on biomedical solutions – diagnostics and drugs – does not end or prevent pandemics. A pathogen spreads from person to person; a pandemic spreads through a broken system. Epidemics emerge from serious wounds of the planetary ecosystem. Despite attempts at a holistic approach, prevention has struggled to make a dent in the HIV pandemic. In 2019, there were 1.7 million infections compared to 2.1 million infections in 2015, a significant improvement but not enough.

Any new fund must define and finance a comprehensive approach to prevention. It should avoid focusing only on interventions focused solely on human health and disease surveillance, and it should ensure that pandemic prevention is understood as also requiring direct action to reverse the types of degradation of the disease. environment which are at the origin of the overwhelming majority of new disease outbreaks.

The disease that causes COVID-19 is the result of zoonotic spread from animals to humans. In 2010, there were six times more zoonotic fallout events than in 1980. And zoonotic diseases account for 60 percent of emerging infectious diseases, most of them from wildlife. Remarkably, there is an issue between prevention of fallout and investment in human health. Such a binary view cannot succeed. The new fund should focus on the environmental and climate interventions needed to prevent new outbreaks from occurring while building resilient health systems to cope with them when they do occur. 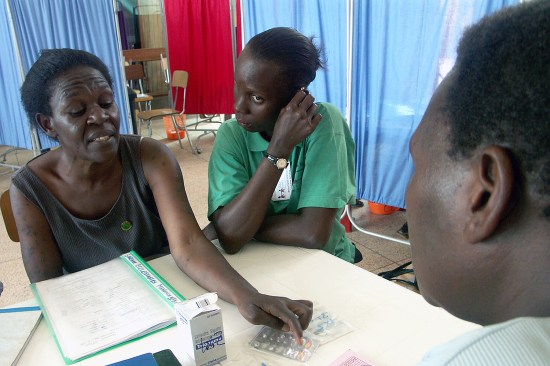 Two Ugandan HIV patients listen to a doctor from the Mbuya community outreach project, east of the capital Kampala, explain to them how to start drug treatment on September 1, 2005. The HIV / AIDS center has been a beneficiary of the Fund. world wrestling. AIDS, tuberculosis and malaria. James Akena / REUTERS

In addition, GFATM provides lessons on how to manage an effective fund and how donor-funded interventions can be rooted in communities and developing countries. Today there is consensus on funding country plans to meet IHRs, but less attention is paid to who plans, monitors and implements this essential work. When GFATM was launched almost 20 years ago with the mantra â€œnothing for us without usâ€, people living with HIV around the world and others most affected by AIDS, tuberculosis and malaria took took their place at the decision-making table in countries and boardrooms – and never left.

To be effective, the new fund must have people living with the ‘long COVID-19’, representatives of essential workers, communities heavily affected by infectious diseases, and health workers on the board and serving as experts. techniques while helping to design national plans. Without community cooperation and the heroic dedication of health workers, no outbreak response can be successful. Epidemics start and end in communities, and including these groups early on will build buy-in and provide front-line knowledge.

Health in Harmony provides a successful model of improving human health while healing the planet. The organization works with the indigenous peoples of Indonesia, Brazil and Madagascar to develop skills and change local contexts. Critically, this work begins by radically listening to those communities who, universally, do not want to cut down the forest but do so for lack of other options. Their model is proven by the data: in Borneo, working with the community to move from deforestation-based activities to healthcare and organic farming has improved health outcomes, saved millions of dollars in carbon, and not just stopped deforestation, but reversed it.

Such a fund is not impossible, provided that a mobilized, enraged and grieving civil society demands action. The new Fund for Prevention and Public Health is to be fully funded at higher levels of estimated need. It must fund countries’ compliance with IHRs and have a governance structure that reflects the expertise and priorities of those most affected by pandemics. And it must incorporate a comprehensive definition of pandemic prevention including ecological and health interventions into its mission and mandate. If these criteria are not met, it is quite possible that no amount of money will prevent the next global crisis. If so, the goal of ensuring that nothing like COVID-19 does not happen again could be within reach.