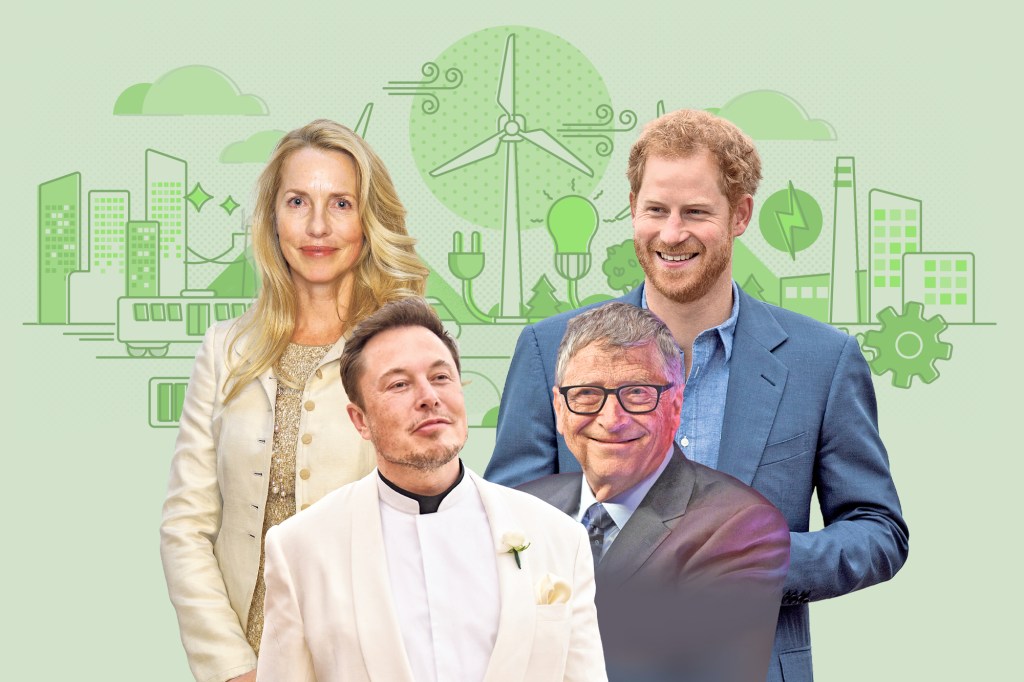 The 1% conference on climate change while making it worse

Just west of the Pacific Coast Highway in the Paradise Cove area of â€‹â€‹Malibu, a major construction project is underway. Every day at least 20 vans full of workers, earthmovers and several black smoke-spewing cranes crowd the land, light up, and get to work building the dream beach enclosure of Laurene Powell Jobs.

To date, Steve Jobs’ widow has spent more than $ 80 million on three seaside lots – demolish the existing homes and, according to one knowledgeable person, now build a “massive 20,000 square foot house for her and her two adult daughters and two smaller” cottages “of about 4,000 square feet for the guests. ”

The Powell Jobs complex lives up to the course in this’ hood, but it also just made international headlines with the announcement of its 3.5 billion dollars of investment with the Emerson Collective, an organization she founded in 2004 with a focus on education, immigration reform and environmental causes.

A representative for Powell Jobs said his latest round of funding was planned for the collective’s Waverley Street Foundation, which targets “initiatives and ideas to help underserved communities most affected by climate change.” . . Efforts will focus on housing, transport, food security and health. ”

That’s a noble goal, except for the fact that Powell Jobs seems to cheerfully encourage the climate change crisis by traveling to and from his multiple homes (three more in Silicon Valley, a $ 25 million ranch in Florida, another in San Francisco) on one of the two Gulfstream jets she owns. (It also has a Philippe Starck design mega yacht.)

She is not alone in her hypocrisy. Private jet travel has increased so much during the pandemic, according to the New York Times, there is a shortage of pilots and wait times to book a jet have tripled. Still, it’s hard to catch the eco-warriors Bill Gates (who wrote a book on climate change, yet has four private planes – a collection he calls his “guilty pleasure”), Richard Branson (who has already created a Global Warming Award for the first person to understand how to extract greenhouse gases from the atmosphere), Jeff Bezos (who has his own climate change philanthropy) and Elon Musk on everything but their own jets – or even their own rocket. Branson, Bezos and Musk are so cavalier about fossil fuels that they swallow them up like camels in the last oasis to explode in space, filling our skies with satellites and polluting the atmosphere with space debris along the way. .

Musk, who has made his billions from (among other things) electric cars, even offered a $ 100 million prize to anyone who can solve the carbon elimination problem. But as the Notes from the Institute for Political Studies: “Musk owes his billions [partly to] billions more in taxpayer-funded research into rocket technology and other areas of high-tech knowledge.

Meanwhile, electric cars made by Musk’s Tesla are not emission-free. According to the Wall Street Journal, building one of its cars actually generates more emissions because of the metals needed for its lithium-ion batteries. These nifty batteries, which are often not recycled by most car manufacturers, are made from rare earth metals like lithium, copper and nickel, create radioactive and toxic waste, and rely primarily on fossil fuels.

Ignoring all of this, eco-scams will stop in their electric fleets, talk about their pet cause of the day using popular buzzwords such as “carbon neutral”, “green” and “green”. Prince Harry went so far as to brag about his pro-environmental family planning (just two children maximum!) then chartered a private jet after giving a speech on climate change at Global Citizen Live. When all else fails, the eco-hypocrites categorically claim their right to fly privately, operate gas-spitting yachts, and generally do whatever they want by claiming they’ve paid a carbon tax – so their folly is forgivable, laudable, even.

Why don’t these hyper-aware eco-gazillionaires, many of whom have claimed they would give all their money before they die, don’t just go bankrupt and use their own money to plug holes, build reefs, fill rivers and lakes, and refreeze glaciers now?

Because it doesn’t work like that. Things like the carbon tax, anything electricity-based and the majority of environmental charities are, for the most part, just a way for these megalomaniacs to justify doing whatever they want to do.

I’m not advocating that we go back to gas-guzzling mega-trucks, air-choking coal-fired power stations, or wood-burning one-room cabins. Instead, maybe, just maybe, try to find common ground while proselytizing the minions. Fly commercial with the hoi polloi where one gas tank is used to carry several people at once. Reduce the size of this mega mansion to a house where you use all the rooms daily. Get rid of the multiple vacation homes that you maybe visit once a year (and shy away from renting because you don’t like the people in your space) and go for a hotel instead. Take a page from everyone’s financial guru, Warren Buffett, and live in the same house and drive the same car for decades, reducing waste and the annoying question of what to do with this toxic product. lithium-ion drums.

But above all, please: end the hypocrisy. The climate crisis (and most other ecological crises) is caused by the human race, of which you are a member. Stop acting like you and your elite group of friends are personally saving the planet while educating the rest of us.

Letter to the editor: NECEC is about profit, not environmental aid