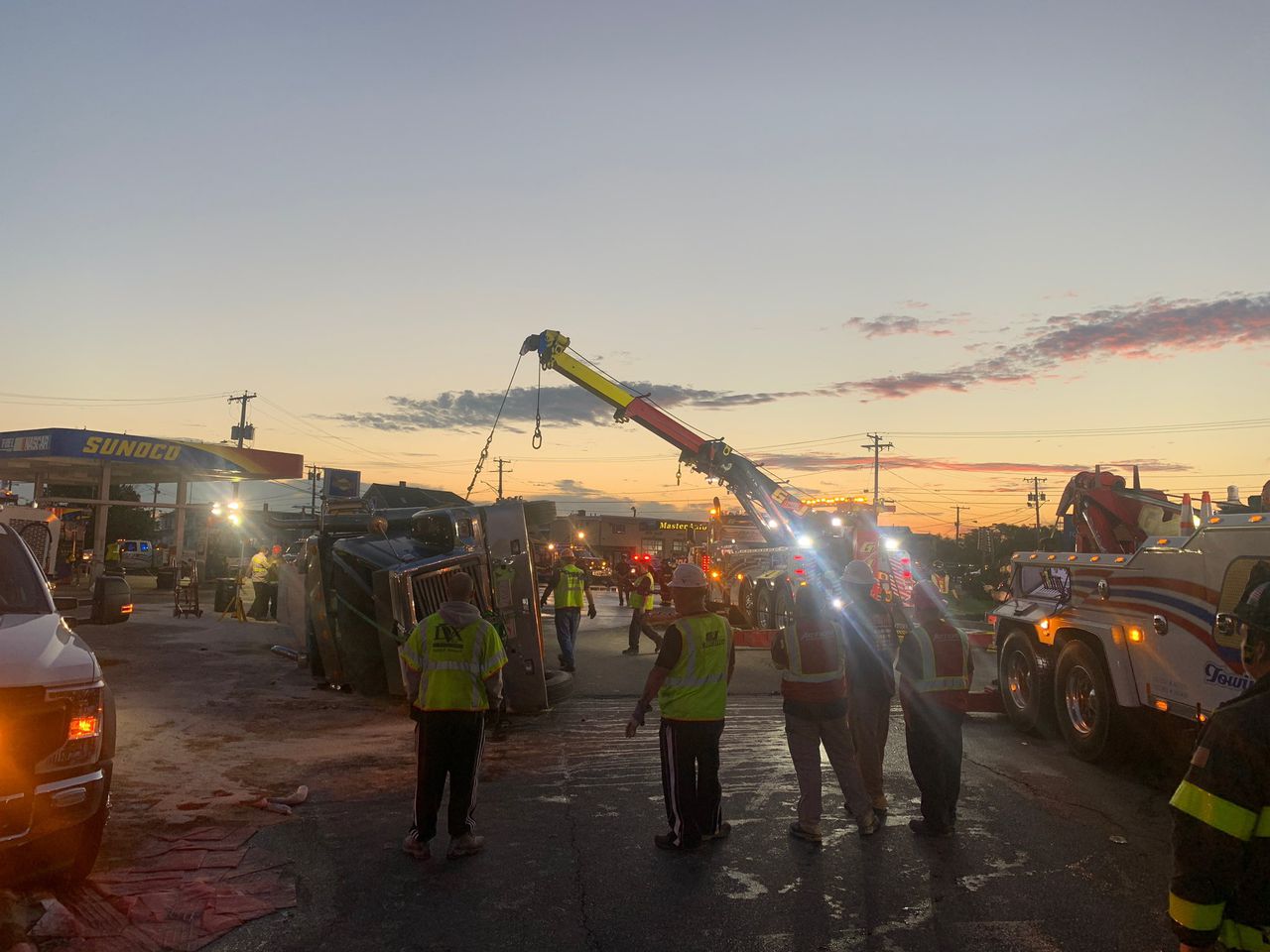 When a tanker truck full of diesel fuel spilled onto a Revere roundabout on Wednesday, it dumped 10,000 gallons of its contents on the street. With no injuries reported at Brown Circle, attention quickly shifted to how to keep the fuel from polluting the nearby marshes and the Saugus River.

The effort, officials said, could cost more than $ 1 million.

â€œThere were four big gashes in that tank, so a lot of product was coming out at a rapid rate,â€ Revere Fire Chief Christopher Bright told NBC Boston.

The truck rolled over around 4 a.m. as the driver rounded the circle, surveillance footage from a nearby auto show. Almost all of his fuel spilled, a Massachusetts State Police spokesperson said.

There have been a number of rollover accidents in Rotary in recent years, Bright said.

State police on Wednesday said the truck had a fault with its braking system at the time of the crash. The truck was taken out of service during repairs. Revere Police have not issued any charges or violations in connection with the incident, officials said.

A few blocks from the crash is the Revere Seaplane Basin, a swampy environmental preserve. To the east is Revere Beach and further north the Saugus River empties into the ocean.

As the fuel entered the water, the United States Coast Guard and the Massachusetts Department of Environmental Protection both responded to the scene to coordinate the cleanup.

“Our concern is primarily the swamp and the environment,” said John Northup, US Coast Guard marine technician, according to NBC. â€œI am always worried if there is fuel in the water. It’s really just a matter of how quickly we can get it out.

The video, meanwhile, showed a cormorant, a type of water bird, covered in oil on a grassy area in the swamps.

Oil clean-up in this type of terrain, with limited accessibility and tidal flow, is “extremely difficult,” the Environmental Protection Department said in a statement to NBC.

â€œOur goal is to collect as much as possible and mitigate the impact on the swamp without actually disturbing the plants and animals there,â€ Perez said. He said he was lucky the Revere and Chelsea Fire Departments were able to respond quickly and take the first steps to contain the fuel.

Among these actions was the installation of foam on the road to limit smoke and fire risks.

At 9 a.m. on the morning of the accident, video showed crews skimming the surface of the water for fuel. A crane was also brought in to put the truck back on its wheels.