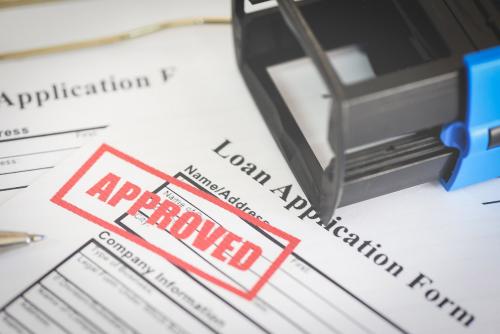 Fair Lending laws have been around for decades, but have come under greater scrutiny in recent months, in keeping with society’s sensitivity to issues of racial justice, national origin/immigration, sexual orientation and gender identity, among others. There has also been increased scrutiny in the world of corporate governance, with companies setting up diversity, equity and inclusion departments and employing environmental, social and governance programs. In fact, to list on the Nasdaq stock exchange, U.S. issuers must disclose that they have at least one director who is racially minority and female or a member of the LGBTQ community, or explain why they don’t. (NASDAQ Rule 5605(f)).

This two-part series of articles will explore some of the most high-profile initiatives of the Biden administration. This first article will examine the renewed emphasis on combating the practice of redlining and the expanded watchdog role of the Consumer Financial Protection Bureau (CFPB). The second article will examine efforts to re-codify the Fair Housing Act (FHA) Discriminatory Effects Standards and enforce the Office of the Comptroller of the Currency (OCC) Final Rule of December 14, 2021 regarding home data. Community Reinvestment Act (CRA). – collection requirements.

On October 22, 2021, United States Attorney General Merrick Garland announced that the Department of Justice (DOJ) would partner with the CFPB, OCC, local U.S. attorneys, and state attorneys general to prosecute violations of fair lending by banks, with a particular focus on redlining (i.e. the inability to lend to minority communities, based on race and national origin). He plans to use the offices of US attorneys, who, as boots on the ground, would be well placed to conduct investigations locally. More precisely, Mr. Garland said at a press conference:

“Discrimination in lending goes against the fundamental promises of our economic system. When people are denied credit simply because of their race or national origin, their ability to participate in the prosperity of our nation is virtually eliminated. Today, we are committed to addressing modern redlining by making much more robust use of our fair lending authorizations. We will spare no resources to ensure that federal equity lending laws are strictly enforced and that financial institutions provide equal opportunity for every American to obtain credit.

Underscoring the importance of this issue to the Biden administration, the press release announcing the program added, “The new initiative represents the department’s most aggressive and coordinated enforcement effort to combat redlining, which which is prohibited by the Fair Housing Act and the Equal Credit Opportunity Act. .” To make sure the DOJ’s message was absolutely clear, Civil Rights Division Assistant Attorney General Kristen Clarke noted that the initiative “should send a strong message to banks and lenders that we will hold them accountable while that we are working to combat racial discrimination and national origin”. – loan-based lending practices.

Along with the announcement, Mr. Garland added that on October 22, 2021, the DOJ sued Trustmark Bank for redlining in the U.S. District Court for the Western District of Tennessee under the Equal Credit Opportunity Act (ECOA) and the FHA. The lawsuit alleged that Trustmark pledged to draw a red line on discrimination in the predominantly black and Hispanic neighborhoods of Memphis, Tennessee, from 2014 to 2018.

The Trustmark lawsuit is similar to the one filed by the DOJ against Cadence Bank in the U.S. District Court for the Northern District of Georgia on August 30, 2021, also alleging FHA and ECOA violations. In that earlier action, the government claimed Cadence engaged in redlining from 2013 to 2017 by failing to lend in neighborhoods inhabited primarily by minorities.

The oversight role of the CFPB

The Dodd-Frank Wall Street Reform and Consumer Protection (DFA) Act directed the CFPB to implement regulations governing the collection of small business loan data. Specifically, Section 1071 of the DFA amended the ECOA to require financial institutions to compile, maintain, and submit to the CFPB certain credit application data for women, minorities, and small businesses. According to the CFPB, Congress enacted Section 1071 to:

For banks that have more than $10 billion in assets, the CFPB is also authorized to enforce the Unfair, Deceptive, or Abusive Acts or Practices Act (UDAAP), which is part of the DFA. Given the ambiguity of the term “abusive,” the Trump administration issued a policy statement limiting its meaning and explaining that acts or practices labeled as “unfair” or “deceptive” also could not be considered. as abusive. Conversely, current CFPB director Rohit Chopra and his predecessor, acting director Dave Uejio, both support a broader interpretation — which could lead to increased penalties and penalties.

Finally, it is possible, if not foreseeable, that prudential regulators such as the OCC, the Federal Reserve and the Federal Deposit Insurance Corporation may monitor the safety and soundness of smaller banks based in part on the fact that they engage in unfair, deceptive, and/or abusive acts and practices. Although enforcement actions cannot be formally taken under the UDAAP for these small banks, a monitoring mandate can be imposed in the interests of safety and soundness; these prudential regulators have a virtual plenary authority to supervise their banks.

Coming in March: the second in this series of articles will take a closer look at efforts to re-codify the FHA Discriminatory Effects Standards and enforce the OCC’s final rule of December 14, 2021 regarding collection requirements CRA data.