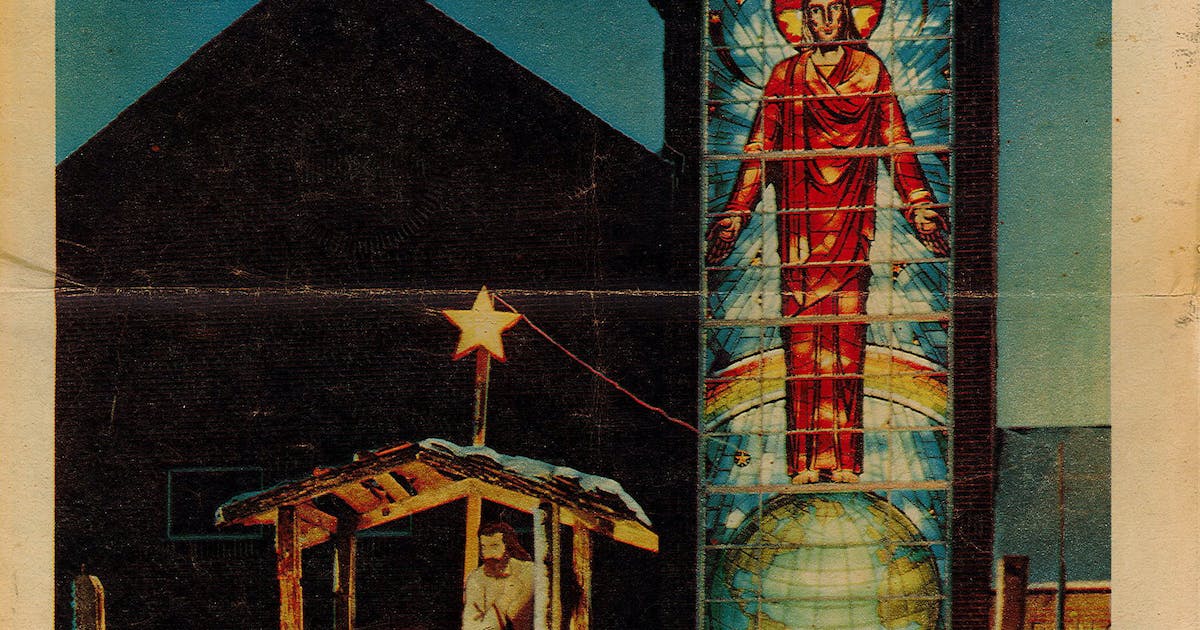 As senior pastor of Vista Lutheran Church, the consolidated congregation of Prince of Peace Lutheran and Wooddale Lutheran, I have heard many stories about the impact of the large stained glass window of Christ in the old Prince of Peace building on the highway . 7. Whether for faithful members of the congregation or those just driving by, this piece of sacred art has helped people reflect on their relationship with God and their neighbors.

Like many religious buildings across the country, the Prince of Peace building is being demolished so that new life can be born. We are thrilled that non-profit fair housing developer Commonbond Communities will use this site to build 120 much-needed affordable housing units and an affordable child care centre.

However, we have not forgotten the sacred art of this building. We have incorporated some of the smaller stained glass windows into our consolidated sanctuary. And in response to calls from the community, including one in this article (“The building may disappear, but save the stained glass”, Readers Write, June 13, 2021), we will gently dismantle the large stained glass window and safely store it. We hope to pass it on to another congregation so it can continue to delight others for years to come.

Before dismantling the window, we will light it one last time on the evening of Sunday, April 24. We invite the community to join us outside the former Prince of Peace Building (8115 Hwy. 7) for a reception at 7:30 p.m. and short service and illumination ceremony at 8 p.m.

The April 5 online article “Rochester City Council approves $2 million bid to repair downtown sidewalks” presents a perfect example of what is wrong with government spending in that state. The article explains that the problem dates back to the installation of the sidewalks, presumably by the city of Rochester, in 1980 using an improper grouting method. He goes on to say that, of the $2.6 million price tag to fix this problem, the city will only have to spend $50,000, with the balance coming from the state-funded Destination Medical Center (DMC) program. Incidentally, the Rochester Post Bulletin reported the budget of $2.95 million, including $2.9 million from the DMC program. This is a local problem, locally caused, whose solution benefits the City of Rochester and no one else; Why on earth would Minnesota taxpayers have to shell out nearly $3 million to fix it?

A separate April 6 article on the extension of the student loan repayment freeze indicates that 43 million Americans owe a combined student debt of $1.6 trillion, and there is a strong movement to cancel that debt (“Biden set to extend student loan freeze payments”). It’s no surprise when our political leaders set the example they do: don’t bother figuring out how to make money to pay for what you want or need – that time is much more productive in figuring out how to get someone else to pay for it!

Notice to legislators and committed citizens: the surplus of more than $9 billion in the latest budget forecasts is something of a mirage. Lori Sturdevant’s latest message is more about reality than skepticism (“A skeptic’s view of the state surplus”, March 21).

That’s why it’s wise to leave at least $2 billion, if not $3 billion, unspent when you return home in May. There is already a sound policy in place that requires a portion to go into budgetary reserves. But, there is enough money to meet about half of the governor’s recommendation to go directly to the taxpayers, because it is one-time money. There is also enough money to provide permanent but modest tax reductions by widening the lower tax brackets, as this helps all taxpayers, and perhaps there is enough for a small reduction in the top slice. But it’s wise to err on the side of caution, as the Federal Reserve Board seems serious about smashing inflation through higher interest rates.

Finally, I am convinced that the prevailing political climate will divide other funds between public safety and family leave priorities.

And all is generally well in the country of 89 years.

The writer is a former Associated Press Capitol reporter and Star Tribune editorial board member.

I don’t need state tax relief, and there are plenty of other middle-income people like me who don’t either. There are plenty of wealthy people who collect Social Security and don’t need tax relief. Social Security income is like any other income. It is all of one’s income that must be taken into account to determine a person’s tax rate, not its source.

Likewise, I don’t need gas tax relief. Tax breaks on gasoline will only encourage driving, which will drive up demand, which will further drive up prices. Gas taxes help encourage people to find alternative transportation, as many already do.

Sure, there are people who suffer from inflation, but those people probably don’t pay much tax anyway. If Republicans really want to help people who are hurting, they should target relief at those people. They claim to want to help the working class when the solutions they offer help themselves more than they help the needy.

Meanwhile, the services that help us all, like schools, public transit, public health, affordable housing, environmental protection, and more, are underfunded. I am happy to pay taxes, because my life is better thanks to the services that taxes pay.

My husband and I are supporters of doing what we can to reduce our carbon footprint, including driving a hybrid car and in 2018 installing solar panels on the roof of our house. I am a firm believer in using more sustainable energy sources, especially solar energy. But as someone who grew up on a dairy farm and appreciates the beauty of the rural landscape, the site of the solar farms saddens me. As mentioned in the previous comment, planting native vegetation under the panels is one solution.

But I would suggest: why not use the roofs of the many large buildings on rural (and urban) land instead? Warehouses, distribution centers and retail centers could accommodate a large number of panels. In addition, they would already be ideally located near the electricity grid. Give businesses the tax incentive to do so. This would bring in more solar energy and preserve the beauty of our rural landscapes.

What a surprise that in the solution to reduce the urban/rural solar divide, all solar panels still end up in rural areas. The authors simply do not understand that rural populations around urban areas have done their part in supplying solar fields. We have enough to watch. From the start, the rules were written so that urban areas did not have to see them, boards could be placed in the county next to which electricity was needed.

There is still time to do the right thing. St. Paul has the Ford site and Minneapolis has the Upper Harbor Terminal site. Both sites are on the river. What could be better for the river than to fill these sites with pollinator-friendly perennials under solar panels? You just need to be happy with the income you can earn there by doing the right thing.

We want to hear from you. Send us your thoughts here.