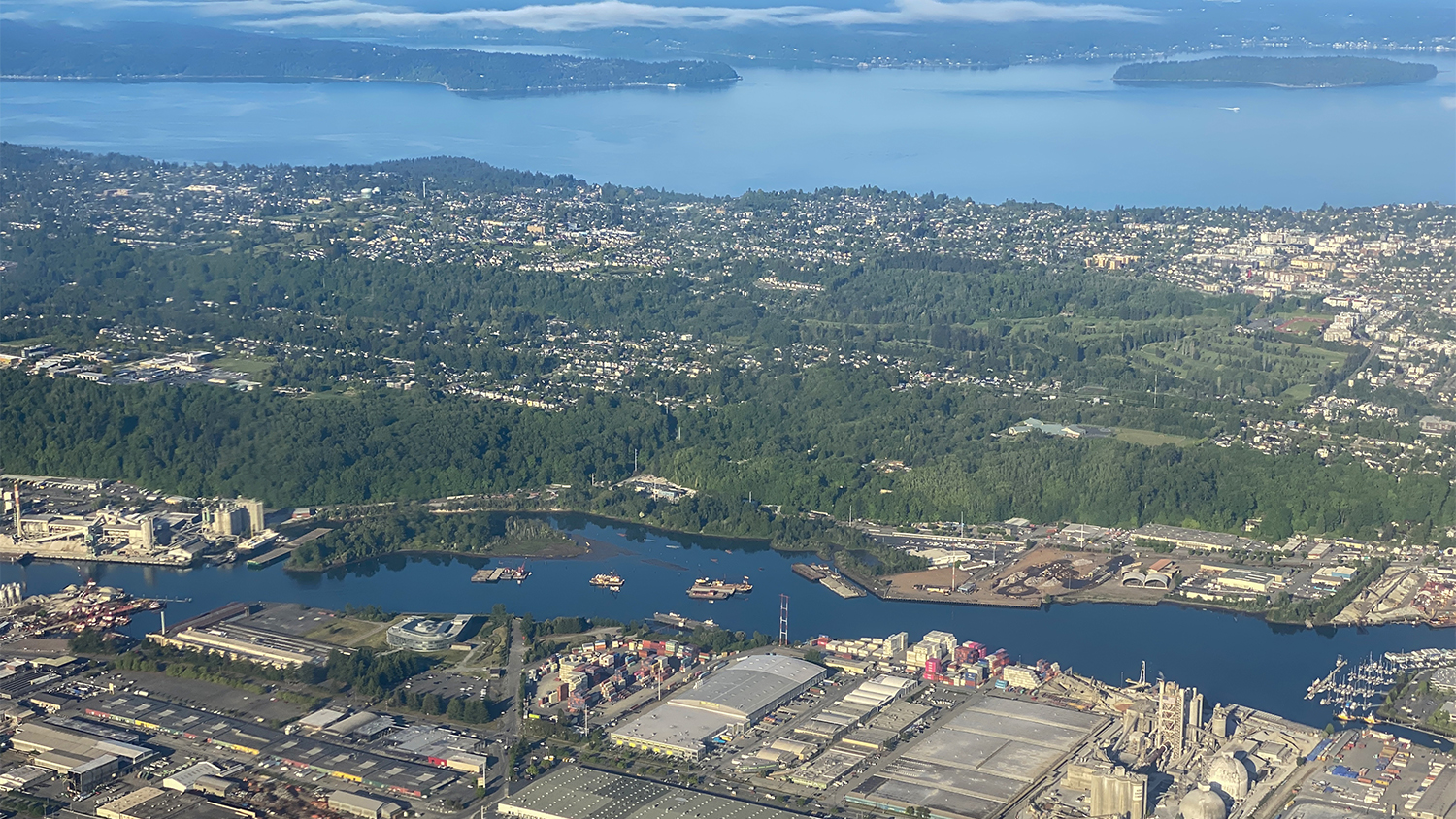 The Port of Seattle today filed a civil lawsuit demanding that The Boeing Company pay its fair share of the cost of the Superfund cleanup in the Lower Duwamish Waterway. The port litigation demands that the “polluter pays”, a fundamental principle of Superfund law.

The litigation does not change the port’s commitment to complete the cleanup, which just reached a milestone this month when the port opened a new 14-acre park and habitat restoration site at the old terminal 117 after years of cleaning up the shore and sediment in the water.

Since 2000, the Port of Seattle, City of Seattle, King County and Boeing have worked together as the Lower Duwamish Waterway Group to investigate the nature of the contamination and develop cleanup plans. All partners paid an equal share for the survey and planning required to complete the Lower Duwamish Waterway cleanup, recognizing that there would be a need to redistribute costs when the project moved beyond survey and design .

In its lawsuit, the Port demands that Boeing reimburse the Port for the millions of dollars in intervention costs the Port has paid over the past 22 years, which should have been paid by Boeing due to its status as the largest industrial manufacturer. responsible for toxic waste in the river. The litigation also asks the court to set an equitable share for Boeing to pay for future cleanup costs.

For decades, Boeing pumped polychlorinated biphenyl (PCB) from numerous transformer vaults (containing leaking transformers) from its Plant 2 directly into the Lower Duwamish Waterway. Until the 1990s, PCB concentrations in vault sludge reached up to 1 billion parts per billion, or 100% PCBs. PCB concentrations in the sediments where this vault’s sump drained into the Lower Duwamish ranged up to 890,000 parts per billion – nearly 500,000 times higher than the PCB cleanup levels set by the United States Environmental Protection Agency (EPA) in its Superfund cleanup plan.

Boeing has also released large amounts of other hazardous substances into the Lower Duwamish Waterway from or spilling into its 300 acres of facilities along the waterway, including dioxins/furans, polycyclic aromatic hydrocarbons (“PAHs”), phthalates, arsenic and other metals. .

In contrast, the port’s role in the Lower Duwamish Waterway has been that of a landlord/landlord, leasing facilities to tenants who primarily conduct cargo shipping and storage activities. These operations are not comparable to those of Boeing, whose intensive manufacturing operations routinely used and released large quantities of PCBs and other hazardous substances into the Lower Duwamish Waterway.

The Seattle Harbor cleanup is funded by King County taxpayers. Calling on local taxpayers to cover Boeing’s obligations is unfair and limits the availability of public funds needed to support environmental, employment and environmental justice initiatives in local communities.

“The Port cannot agree to an arrangement in which local ratepayers are forced to effectively subsidize Boeing’s cleanup bill.

“Boeing has raked in billions of dollars in profits over the past few decades, in part from outsourcing its waste disposal costs by dumping waste into the Lower Duwamish River.

The port, as steward of public funds, cannot agree to redirect King County taxpayer funds to projects and programs that benefit the public in order to allow Boeing to pay far less than its fair share of the costs of Lower Duwamish Waterway cleanup.