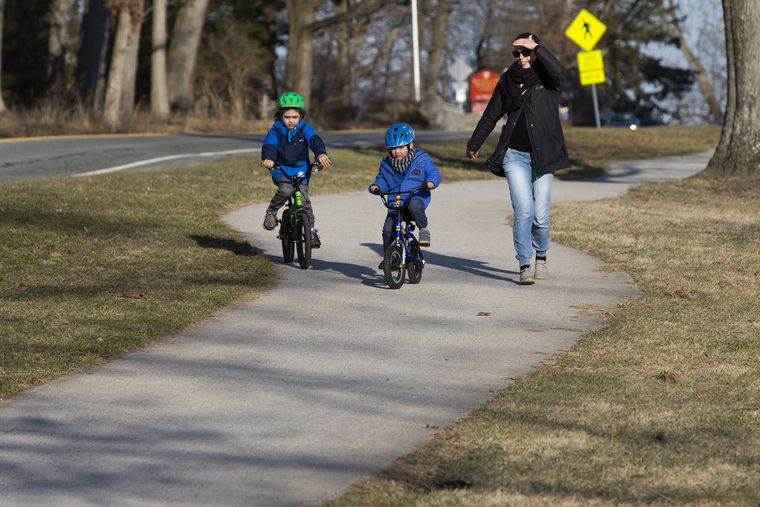 Conditions at virtually all 423 national park sites have deteriorated in recent years. The presidential administrations and Congress have continuously reduced the investment budgets of the parks. The result is crumbling roads and bridges, neglected historic buildings, and endangered environmental resources. According to a recent report by the National Park Service (NPS), there is a backlog of nearly $ 12 billion in putting parks back in good repair.

In Pennsylvania, Independence and Valley Forge National Historic Parks and the Steamtown National Historic Site in President Joe Biden’s hometown of Scranton are among the 19 national park sites here. These three parks alone require more than $ 120 million in improvements to historic properties and cultural landscapes.

The good news is that Washington stepped up last year to meet its obligation to restore national parks. The Great American Outdoors Act (GAOA) allocates $ 9.5 billion over five years to make critical repairs on public lands.

So President Biden already has money to implement a major infrastructure initiative, one for national parks. But rather than locking the parks program into its own management silo, we can get more for our money by linking park renewal programs to the essential transportation infrastructure needs of the gateway communities that adjoin them. As part of this initiative, the money invested in rebuilding a park’s infrastructure through GAOA would be augmented with funding that Congress is expected to approve in the coming months for a major program of. infrastructure. Much of the new investment, as proposed by President Biden, would be aimed at improving transportation and the environment in large cities as well as small towns.

READ MORE: Parks in Philly are already underfunded. What will more cuts do? | Notice

Steamtown, in the gateway town to Scranton National Park, pays homage to America’s railway heritage. Let’s say that at the same time as the NPS allocates money to reduce Steamtown’s repair list, the United States Department of Transportation (DOT) allocates funds to expand rail service from New York to Scranton. Amtrak, a favorite of the president, has already proposed this plan. With the avowed support of DOT Secretary Pete Buttigieg for expanding rail service across the country, we can imagine that this rail connection will happen sooner rather than later. Direct passenger service between Metro New York and Scranton would increase tourism to northeastern Pennsylvania and attract many new visitors to Steamtown.

We can expect a similar upsurge in the economies of Norristown and the King of Prussia, the gateway communities to Valley Forge National Park. Picture this: While work is underway to reduce the backlog of the park’s structural and environmental needs, the new Federal Transit Administration grants the launch of the planned rail extension of SEPTA’s Norristown high-speed line to the King of Prussia . SEPTA predicts that the approximately 6,000 construction jobs of the clean energy rail project will boost the local economy. To complete the picture, SEPTA could set up a shuttle service between the train terminus and Valley Forge Park. The townspeople of the region, including many schoolchildren, would then have access, perhaps for the first time, to a magnificent national park steeped in American history.

In Philadelphia, the restoration of the NPS properties around Independence Hall and the Liberty Bell could be supplemented by federal transportation assistance of another kind, to the city’s bicycle network. The planned improvements would reduce automobile use, reduce bicycle accidents and provide a safe and non-polluting way of getting around the city. More cyclists visiting the historic area would appreciate the impressive history of the nation’s founding. While in the neighborhood, they could frequent nearby shops and restaurants. Secretary Buttigieg, a strong believer in bicycle safety, might see the Philadelphia Bicycle Network as a great driver for a national implementation.

Pennsylvania National Parks and their inlet communities could work together to launch this initiative. Then, when implemented across America, hundreds of national parks would be restored while their neighboring cities would benefit from the renewal of critical infrastructure. Such an approach, bold by Washington standards, would trigger the return of our national parks, improve environmental resources, and propel economic recovery by providing good construction jobs and sustainable trade. In a post-COVID world, this winning formula could help our country become dynamic and secure again.

The green way to define AI in mortgages