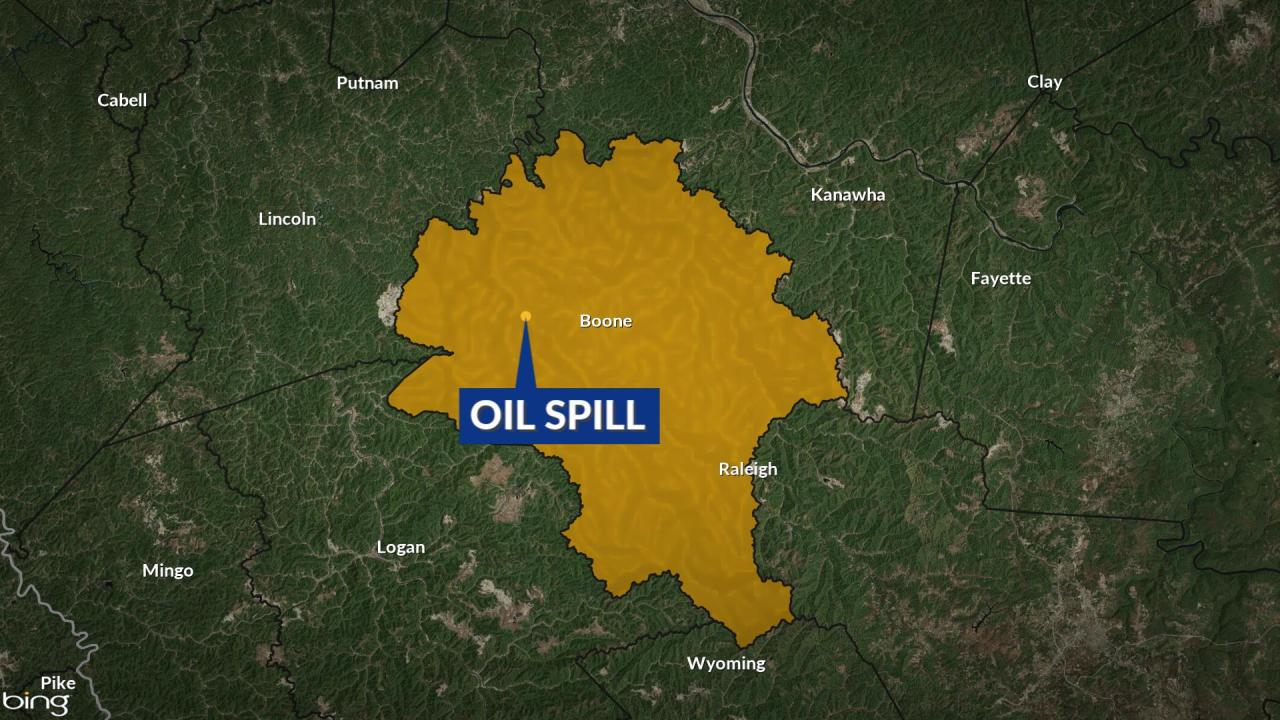 UPDATE (12:55 p.m. Sunday, February 6, 2022): Officials with the West Virginia Department of Environmental Protection’s spill were the result of vandalism at a Lexington Coal Company facility.

Fletcher says the valve was closed by a Lexington representative and the Madison VFD placed mats to help contain the spill.

WVDEP officials say they took samples above and below the pond outlet. They say no residue or chips were visible. No fishkill was seen.

The WVDEP will be on site “in the next few days” to assess the watercourse and ensure the spill has been cleaned up.

BOONE COUNTY, WV (WOWK) – According to Boone County deputies and Boone County emergency management officials, they received information from local fire departments that an oil spill had occurred. produced from a leaky transformer in an electrical substation of an old coal mine.

The oil was coming out of a leaking transformer at a decommissioned electrical substation for an idle coal mine off Route 85, according to Mayhorn. He says the transformer can hold a maximum of 5,020 gallons of oil.

Mayhorn says they believe the oil went into a sediment basin, which went into the Pond Fork River, then into the Little Coal River.

STAY INFORMED: Sign up for the daily WOWK 13 News newsletter

Deputies had no information on what chemicals were in the water or how much.

Van Volunteer Fire Department, Madison VFD, Danville VFD and Chapmanville VFD all responded. Van VFD is in charge, according to the MPs office.

Mayhorn says the West Virginia Department of Environmental Protection has been notified and turned over to them.