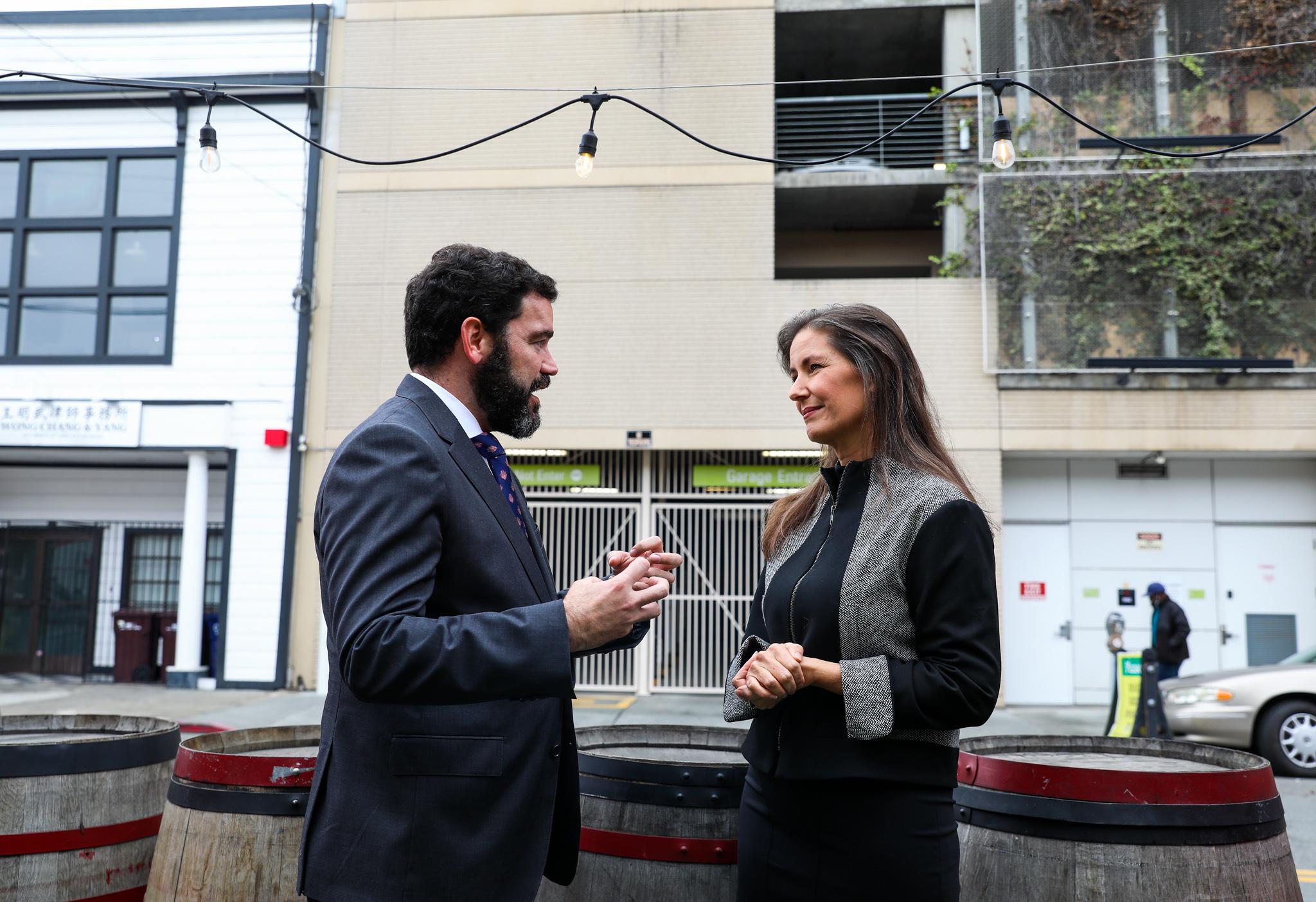 Oakland Mayor Libby Schaaf said Friday the city has made significant progress in raising funds to help pay for infrastructure surrounding the baseball stadium proposed by A.

While the A’s have said they welcome the development, they also said on Friday that they had made an offer on a property in Las Vegas for a potential move there, showing that the team’s future home remains. uncertain.

Schaaf told a press conference that the city will receive $ 14.5 million in federal government grants to improve bus lanes, walkways and cycle paths in parts of Jack London Square.

Additionally, Schaaf said the Port of Oakland has secured around $ 260 million from the state budget for infrastructure upgrades – much of which is “available for many of these upgrades.” The city has also secured around $ 17 million in other funds for the region.

To secure the remaining funds needed for offsite infrastructure, Schaaf said the city was considering a limited bond to generate an additional $ 150 million.

Together, these sources of funding could move the project forward.

Schaaf said most federal and state funds would be spent on upgrading infrastructure in Jack London Square and the harbor whether or not a new waterfront stadium is built.

“We think this is a really positive development,” said Dave Kaval, A’s president. â€œWe’re really encouraged by this. This brings us closer to presenting this project to the board for a binding vote. “

Kaval said the team are still pursuing “parallel paths” for a potential move to Las Vegas and narrowed their list of possible locations in southern Nevada. The team is currently negotiating with the landowners and has made an offer.

The city expects to complete the final environmental review of the project by next month, but it is not known when it will be released. Schaaf said on Friday that she expects the project to go to a final vote in city council early next year.

If the project is built, it could transform the city’s waterfront.

When city council voted in July to approve the terms of the deal, Kaval criticized the vote.

At the heart of the disagreement between the city and the A’s was who would pay roughly $ 352 million for off-site infrastructure and transportation improvements and how many affordable housing units are included in the overall project.

At the time, the city insisted that it would be required to cover offsite infrastructure upgrades and that it could not afford to pay those costs on its own. The council approved amendments making it clear that the city would raise regional, state and federal funds to cover costs.

The A’s had proposed an Infrastructure Tax Funding District over much of Jack London Square to generate $ 1.4 billion to help cover infrastructure costs, in addition to a City Funding District. tax covering the actual stadium and development area. But the city rejected A’s proposal and said a second tax district on Jack London Square would not be fiscally responsible.

Instead, the city agreed to have an infrastructure tax funding district at the waterfront baseball stadium project site at Howard Terminal – with membership from the Alameda County Board of Supervisors. In October, the supervisors declared their willingness to help finance the project.

Schaaf said the city is also considering a limited bond that would only use the income generated by the waterfront stadium tax district. City staff say these revenues would not otherwise exist without the project and can be used to pay off infrastructure improvements without relying on the general fund.

Kaval said on Friday the team was waiting to receive documents from the city that set the final conditions to see how far the two sides remained, but added that the team was “encouraged” by the city’s progress.

The $ 14.5 million announced Friday is part of a larger vision called TOWN For All, which stands for â€œTransforming Oakland’s Waterfront Neighborhoods,â€ Schaaf said. This vision includes the addition of new dedicated transit lanes, bike lanes, trails, pavement improvements and parking to connect West Oakland to downtown.