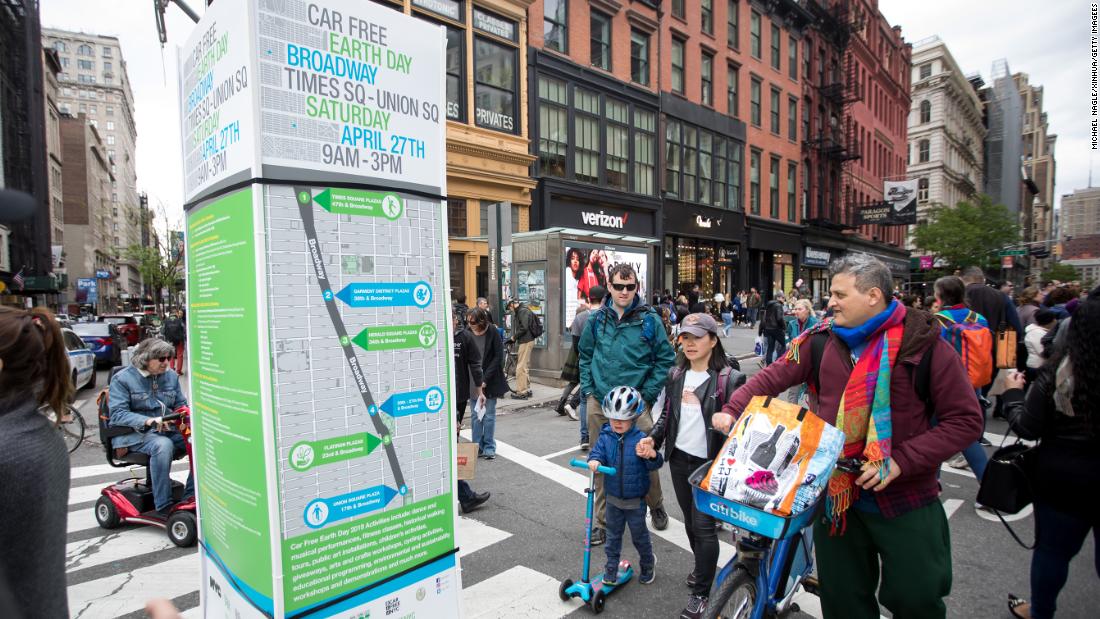 By Frances E. Darcy Last updated Apr 10, 2022
Share
For the fifth year in a row, the city will mark the occasion by closing the streets to vehicles, according to a press release from the New York Department of Transportation.
The closings will take place from 11 a.m. to 5 p.m. on Saturday April 23; the day after Earth Day is observed around the world.

“Earth Day is a time when we can all pledge to protect our Earth – and one of the ways to do that is to reallocate our roads,” Transportation Department Commissioner Ydanis Rodriguez said, according to the press release.

During the celebration, the usually bustling streets will be used for a variety of public programs incorporating music, dance, art, cycling and education, according to the transportation department. Twenty-two public places and more than 1,000 miles of cycling network will be accessible.

In New York, motor vehicles release 28% of total nitrogen oxide emissions, which can cause acid rain and contribute to pollution, according to the city’s Department of Environmental Protection.
Measures have been taken to limit the environmental impact of motor vehicles. In 2021, Governor Kathy Hochul signed legislation setting a goal that all new passenger cars and trucks sold in New York will be zero emissions by 2035.

“When we open the streets to pedestrians and cyclists, they become community spaces for our neighborhoods and a boon to our local small businesses,” said New York City Public Attorney Jumaane D. Williams, according to the new communicated.

“I am happy that this program has already been so successful, and I hope this initiative will grow to include more places, especially in our outlying boroughs.”