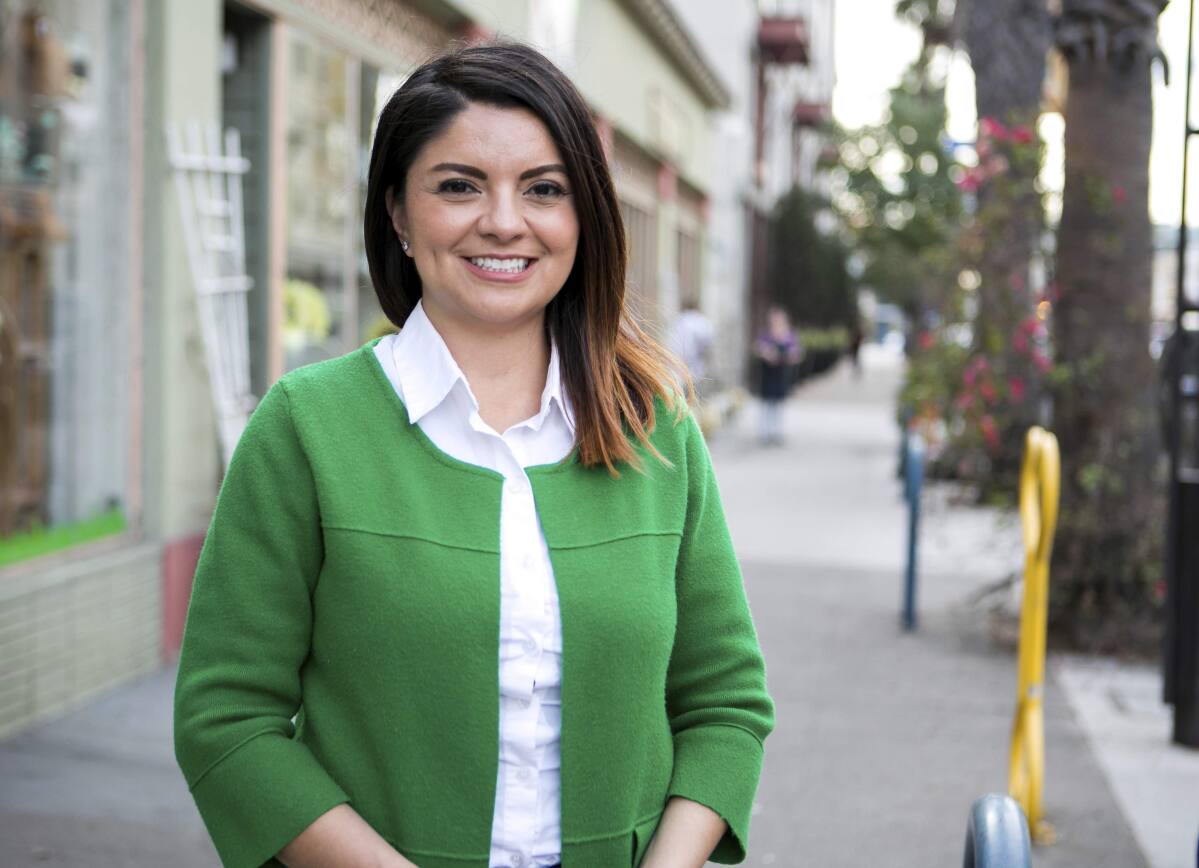 California’s two powerful public employee pension funds would be required to withdraw their investments from fossil fuel companies to help fight climate change under a Senate bill introduced on Thursday.

Written by Sen. Lena A. Gonzalez, D-Long Beach, and co-sponsored by Sen. Scott Wiener, D-San Francisco, the legislation would give California’s public employee retirement system and the state’s teachers’ retirement system of California through July 2027 to divest a total of $9.9 billion from the Carbon Underground 200 – a list of companies considered to have the greatest potential for future emissions from their coal, oil and gas reserves .

The bill would also prohibit any new investment in these companies.

During a virtual press conference on Thursday, Gonzalez said the bill would help leverage the incomes of nearly three million active and retired public teachers, college instructors, employees of the State and local with the goal of reducing greenhouse gas emissions and preventing the worst effects of climate change. .

“While California has taken a leadership role on the world stage advancing historic and far-reaching policy and fiscal solutions to address climate change, we are also sadly faced with the contradictory and incongruous fact that the two most Our state’s large employee pension funds are using their enormous investment power to fund the very companies that are causing climate change,” Gonzalez said.

CalPERS and CalSTRS are the two largest nonfederal public pension funds in the United States, with approximately $469 billion and $327 billion in assets, respectively.

According to 350.org and stand.org, around 1,500 institutional investors around the world, with assets approaching $40 trillion, have pledged to divest their fossil fuel holdings. They include everyone from Queen Elizabeth to Harvard University, from the Episcopal Church to New York City.

Supporters, including many local teachers and CalSTRS members who are active in the divestment campaign, say they feel morally obligated to make sure their earnings don’t directly capitalize fossil fuel companies, fund lobbying efforts or do not lend them political legitimacy.

Many also fear that the value of these financial assets will plummet in a changing environmental and investment landscape.

“The sooner we walk away, the less of a blow we’ll take, that is, CalSTRS,” Tiffany Kampmann, a teacher at Taylor Mountain Elementary School, said last fall.

Despite internal and external pressure, the leaders of California’s two public pension funds have refused to change their position, citing their obligations to provide sufficient returns to ensure the financial security of their retirees.

They say engaging with fossil fuel companies — urging them to reduce their emissions output by using their leverage as an investor — has already yielded results and is the only way to ensure change.

Selling fossil fuel stocks just means someone else will buy them, and the company will carry on as usual, CalSTR chief investment officer Chris Ailman said at a symposium on the issue last week. .

“Divestment, in our view, does not reduce greenhouse gases,” Ailman said.

CalPERS’ position on the matter, according to a 2020 letter from Executive Director Marcie Frost, is similar.

“One investor selling stock to another does not cause change in a company,” Frost wrote. “It transfers the risk. It does not mitigate the risk. As a global and universal asset owner, we have nowhere to hide from climate change and we must tackle global warming emissions at the source.

Retired San Francisco State University environmental studies professor Carlos Davidson, one of several supporters of the bill who spoke at Gonzalez’s press conference, said that energy companies remained determined to block climate legislation in Washington and Sacramento, and that the right thing could not be trusted.

“We need to stop pretending that fossil fuel companies are good corporate citizens,” said Davidson, who helped lead the 29,000-member California Teachers Association, in a vote in favor of the divestment from CalPERS last year. “Their own scientists knew their product was causing climate change, but the companies kept it a secret.”

He compared the current movement to the divestment campaign of the 1980s which ultimately put such pressure on the South African government that it led to the dismantling of the apartheid system. Divestment from tobacco products has also isolated and politically weakened tobacco companies, he said.

The new Senate bill, SB-1173, has precedent in state legislation passed in 2015 that required CalPERS and CalSTRS to divest from companies earning substantial coal revenues.

It also aligns perfectly with Executive Order 19-19 issued in 2019 by Governor Gavin Newsom calling for investments to focus on industries focused on reducing carbon emissions and adapting to climate change, while aligning with the fiduciary responsibilities of public pension funds, Miriam said. Eide, Coordinating Director of Fossil Free California.

The legislation would force pension funds to divest from the Carbon Underground 200, which ranks public companies based on the potential carbon emissions embedded in their coal, oil and gas reserves. It is intended to serve as an assessment tool both to screen carbon-producing investments and to avoid the risk of stranded assets.

Gonzalez said she was motivated to sponsor the bill both as a lawmaker and as a mother of three boys living “in one of the most toxic areas in California.”

“With the combined investment power of over $700 billion, CalSTRS and CalPERS can make powerful and impactful decisions in managing millions of teachers and state employee pensions, many of whom have expressed their desire and concern that their funds will no longer be used to exacerbate climate change issues,” Gonzalez said.

You can reach editor Mary Callahan at 707-521-5249 or [email protected] On Twitter @MaryCallahanB.