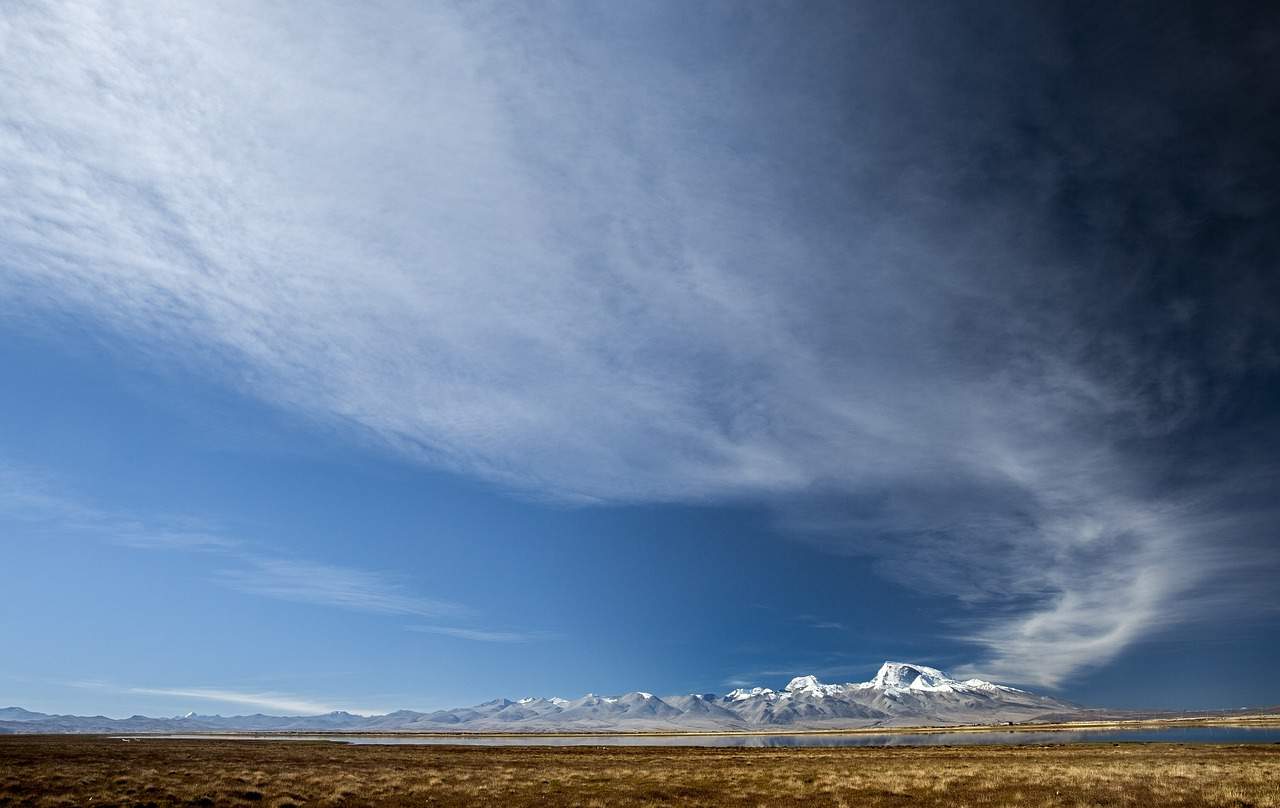 With current levels of atmospheric carbon dioxide, 60% of the land area of ​​alpine permafrost will be lost in the future.

The permafrost in these regions will likely thaw faster in the face of climate change, and when that happens large amounts of carbon dioxide and methane stored in the ice will be released, further driving climate change.

As a result, the climate on Earth will be similar to that of the mid-Pliocene warm period, between 3.3 million and 3 million years ago, when the extent of permafrost was much less than today. according to a team of scientists.

“Atmospheric carbon dioxide concentrations today are similar to or even higher than those of the mid-Pliocene due to the burning of fossil fuels, and scientists therefore refer to this period as an analogue of our present and near future climate” , explains Carmala. Garzione, dean of the University of Arizona College of Science, author of a new study.

“We are not yet feeling the full effects of increased atmospheric carbon dioxide because our Earth system is taking time to adjust,” observes Garzione. “The Pliocene is an important time as an ancient analog of how the Earth will adapt to the carbon dioxide that humans have already released into the atmosphere.”

Scientists have examined fine-grained carbonate minerals at the bottom of a lake on the Tibetan Plateau, which is more than 4.5 km above sea level and has the largest region of alpine permafrost on the planet , to estimate the range of temperatures during the Pliocene period from 5.3 million to 2.6 million years ago and the Pleistocene period from 2.6 million to 11,700 years ago.

Next, the team created a computer model of what the climate was probably like in the Pliocene. What they found was that “not only was the average temperature of much of the Tibetan Plateau above freezing in the Pliocene, but so was many of the alpine regions around the world” , they explain.

“Ultimately, the modeling suggests that with current levels of atmospheric carbon dioxide, 20% of Arctic permafrost land area and 60% of Alpine permafrost land area will be lost in the future. High-altitude alpine regions are more sensitive than high-latitude arctic regions to warming under higher atmospheric carbon dioxide conditions,” the scientists add.

In other words, the alpine regions, which also include the Mongolian Plateau in Central Asia, the Rocky Mountains in North America and parts of the Andes in South America, will be particularly vulnerable to warming temperatures over the coming decades.

“There has been a lot of focus on the stability of Arctic permafrost because it covers more land and has a huge pool of organic carbon locked in permafrost, but we also need to be aware that alpine regions are at risk of losing more permafrost proportionally. and are important for understanding potential carbon release in global warming scenarios,” Garzione points out.