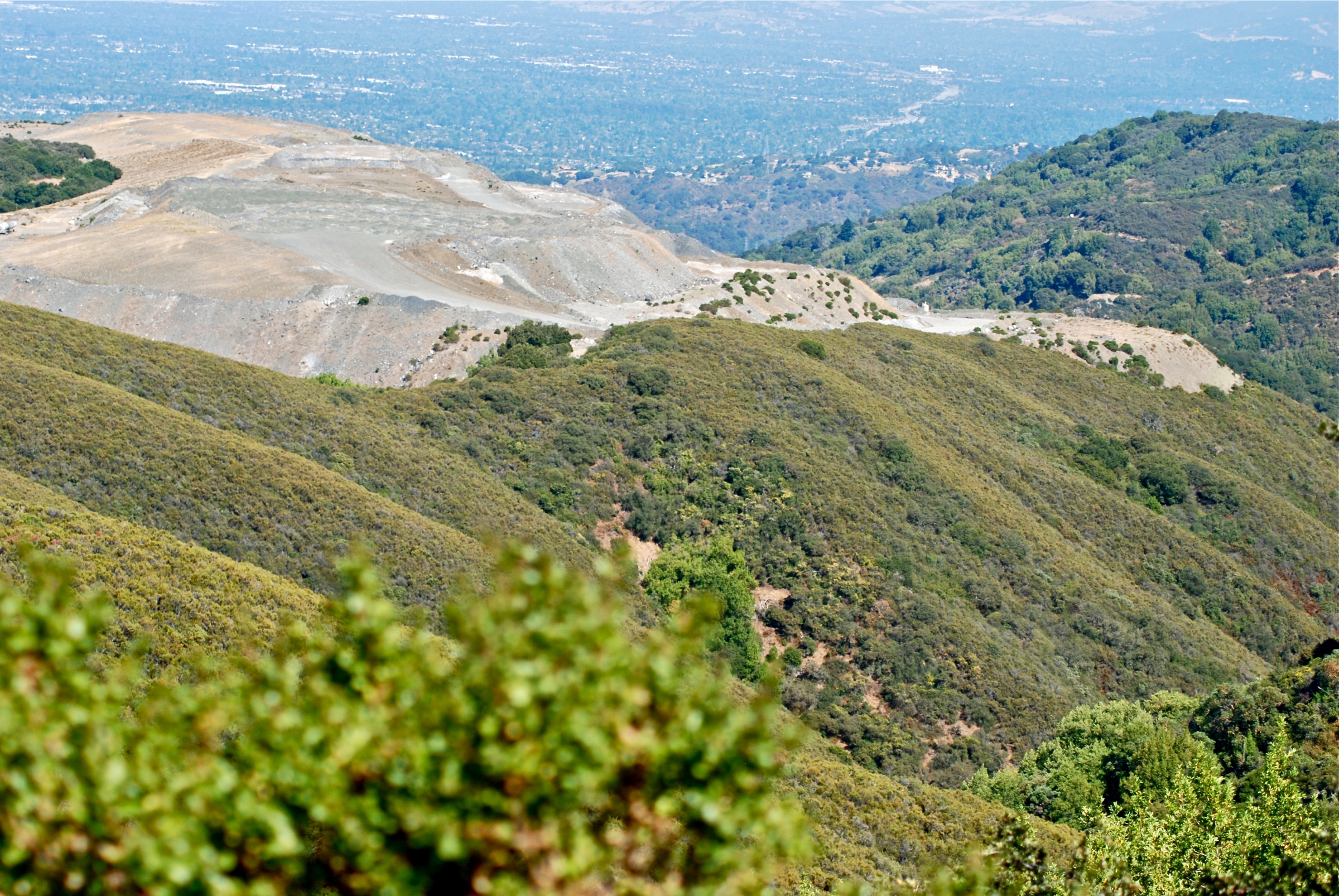 
Santa Clara County and the Midpeninsula Regional Open Space District on Thursday offered to join forces to protect part of the ridge top in the Santa Cruz Mountains from mining.

Known as Permanente Ridge, the top of the mountain is a buffer zone for the operations of the Lehigh Southwest Cement Company. Lehigh wants to change its 2012 reclamation plan for the Lehigh Permanente Quarry to increase mining. As part of the amendment, the proposal calls for disturbing an area of ​​the ridge that is about 100 vertical feet in height – about as tall as a 10-story building – and 4,000 feet in diameter. That’s the equivalent of an area containing 15 million cubic meters of soil that, for the scale, would fill about 1.8 million full-size cement trucks if removed, the county supervisor said, Joe Simitian.

The proposal would “cut the cap” on the approximately 20-acre easement, which is protected by an almost 50-year-old agreement.

“This easement is a matter of law. It is a protection for this hill,” Simitian said.

To help bolster their opposition, county supervisors will vote this Tuesday, June 22, on whether to strike a deal that would grant Midpen enforcement powers over the 20-acre Ridgeline conservation easement. Midpen’s board will also address the alliance discussion with the county at its meeting on Wednesday, June 23.

The 1972 Ridgeline easement was entered into between Lehigh’s predecessor, Kaiser Cement and Gypsum Corporation, and the county. It bans quarrying and mining in the easement area, a section approximately 3,000 feet long, and requires Kaiser and his successors to maintain portions of the ridge line at specific elevations. It also allows the county to enter the property for inspections “from time to time” regarding the preservation of the ridge easement.

Granting the Midpen enforcement rights would give the county more “eyes on the site and boots on the ground,” said Yoriko Kishimoto, a member of the Midpen board of directors. It would add a second line of defense in the effort for Lehigh to honor his commitment to the grant act, Simitian added.

Midpen has legal expertise related to land rights and management and owns a property adjacent to the easement: the Rancho San Antonio district open space reserve in Cupertino, which receives more than 800,000 visitors a year, Kishimoto said. Permanente Ridge provides a natural screen for the quarry, helps prevent dust from mining operations from spreading into open space, and provides habitat for wildlife, she said.

In his May 2019 proposal to change his 2012 reclamation plan for the Lehigh Permanente Quarry, Lehigh said he wanted to extract additional limestone from the area and reduce the slope for stabilization along its northern section. from the high wall of the quarry. He also sought to modify the easement agreement to achieve his goals.

The company wishes to extend the excavation of the high north wall of the north quarry; expand surface mining in the new 30-acre Rock Plant reserve area south of the North Quarry pit; reactivate the use of the existing rock crusher in the quarry; and transporting unprocessed aggregate to the adjacent Stevens Creek quarry via an internal haul route. Expanding surface mining activities would increase its total production by around 600,000 tonnes, according to a December 2020 memo from the county’s Planning and Development Department.

The county sent Lehigh a “completion” letter in August 2019 indicating that the request to amend the 2012 reclamation plan could move to an environmental review, but that process has stalled as the two sides agree. blaming each other.

In 2011, the county determined the “grandfathered” lands in Lehigh that could be used. Lehigh wants to expand its surface mining operations to include unprocessed greenstone aggregate, a point of contention between the company and the county. County maintains Lehigh needs a grandfather consistency hearing to determine whether the proposed off-site sale of unprocessed aggregate and increased production is consistent with the company’s grandfathered rights to operate. open pit as part of the 2012 reclamation plan.

Lehigh said the 2011 determination is adequate. The county, however, said the determination focused on the “geographic extent” of Lehigh’s acquired right, but did not delineate the “substantial scope” of that right, which means that mining at open sky and related activities are compatible with acquired rights, according to the note of December 2020.

Lehigh claims the county is violating the provisions of the California Environmental Quality Act by unilaterally changing a private project. The company filed a lawsuit against the county in Santa Clara County Superior Court last February.

The county says Lehigh is dragging its heels forward in advancing the environmental impact report (EIR) process. According to the county, on October 28 and November 13, 2020, Lehigh sent letters to the Planning and Development Department declining to comment on the EIR’s “scope of work” or funds to begin preparation of the report. Lehigh claimed the scope of work did not reflect the draft she submitted because the EIR proposed to assess the environmental impacts of mining activities which would be considered by the supervisory board during the rights consistency hearing. acquired.

Lehigh wanted the planning department to limit the scope of the EIR only to the 2019 reclamation plan change request, without the EIR assessing the results of the county’s grandfather consistency determination, according to the county memo for December 2020.

“While Lehigh has not had the opportunity to review the details of the county’s proposal to involve the Midpeninsula Regional Open Space District, we do appreciate the expertise that MOSD (sic) can bring to the technical review of our reclamation plan request and hope the process can begin in earnest. “

Despite the county’s statements to the contrary, Guerra said the company offered solutions to the ridge line through its current app.

“The county is blocking the claim by attempting to challenge its own final determination of our long-vested rights, which have also been upheld by the courts. The county must stop delaying the robust environmental review and community outreach process that we have launched and move forward. at our request, she said.

“Lehigh agrees with the importance of protecting our precious natural resources, including the crest line of our career. We have demonstrated this commitment by submitting an amendment that will preserve the easement,” she said.

“To be clear, the bondage will remain,” she added.

But the top of the ridge would not remain intact. Lehigh “offered solutions (which) were developed by geotechnical experts to preserve it for the long term and include improved revegetation and stability,” she said.

Parent company Lehigh Hanson, part of the global Heidelberg Cement Group, sold all of its Western states operations to Martin Marietta Materials Inc. in late May for $ 2.3 billion in cash, at the exception of the Permanente site, noted union leaders.

A request to the company to verify whether its Cupertino career activities were excluded from the sale was not returned.

China is Duterte’s tool, not the other way around

BQ-oriented? The mayor of Blasio still believes in it | Queenswide