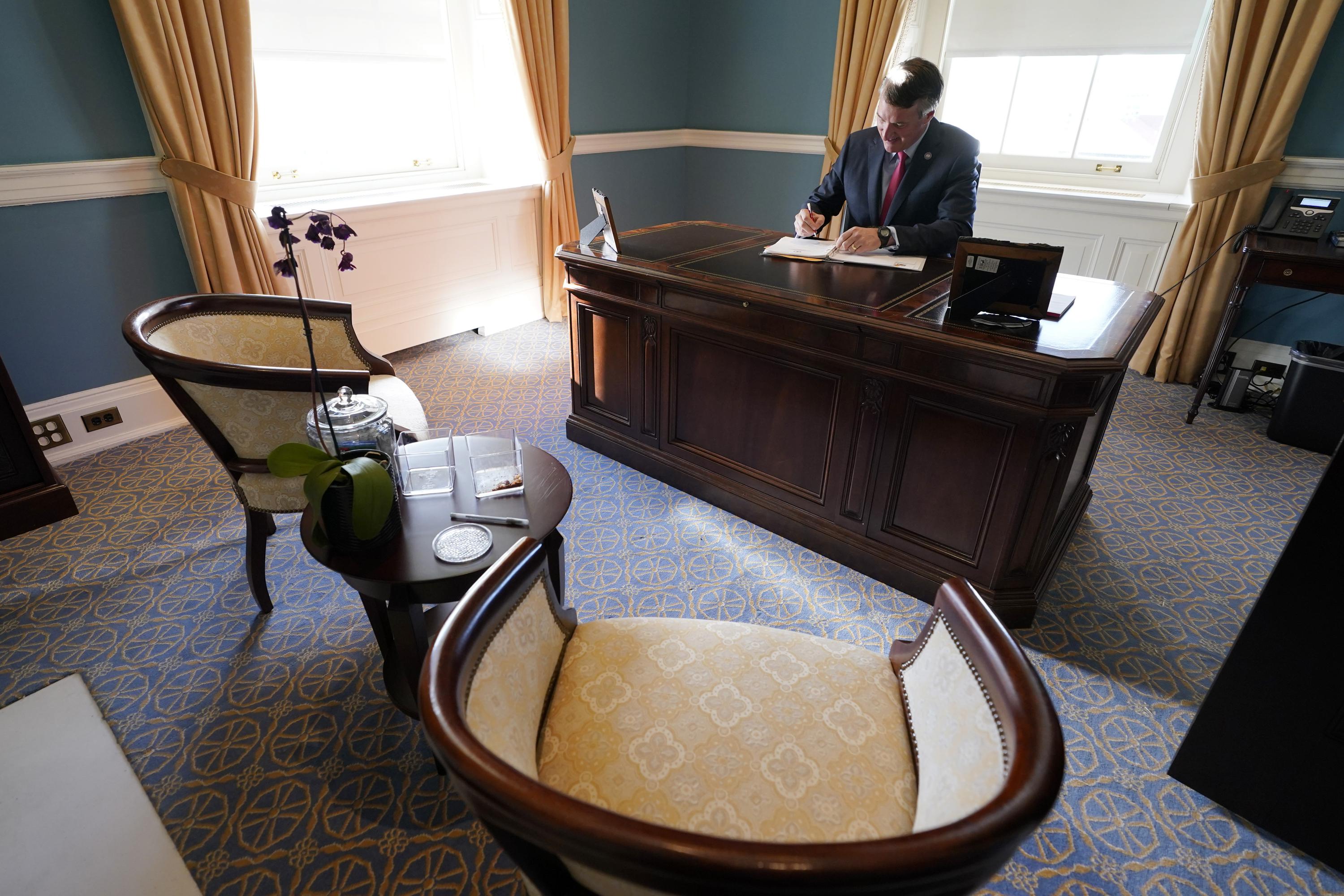 RICHMOND, Va. (AP) — All nominees for Governor Glenn Youngkin’s Cabinet won final legislative approval on Wednesday, except for Andrew Wheelerthe former administrator of the US Environmental Protection Agency whose nomination has so far been blocked by Democrats.

Without debate, the Republican-controlled House of Delegates approved a resolution confirming Youngkin’s other nominees. Wheeler, who was chosen to serve as secretary of natural and historic resources, had been removed from the list before the measure was passed the Democratic-controlled Senate in February.

However, the vote is not necessarily the end of the line for the fight, which has widened into a partisan spat involving other nominations subject to legislative approval.

In retaliation for Wheeler’s rejection, House Republicans last month declined to confirm about a dozen people who had been appointed to various boards and commissions by former Democratic Governor Ralph Northam. They also let the nomination of a Northam nominee to the powerful State Corporation Commission, which regulates railroads, utilities, insurance and other business interests, expire.

With less than two weeks until lawmakers are due to wrap up the year’s regular session, it was still unclear what might be dragged into the back-and-forth or how it would be resolved.

Deeds said his caucus had called on the Youngkin administration to reinstate the 11 Northam appointees who had been removed from their positions, suggesting that otherwise Senate Democrats would continue to block Youngkin’s picks going forward.

“Now there may be ways around this. Maybe there are ways for us to discuss some of these things. So there’s a lot of other…dates that we’re still in conversation about,” he said.

Lawmakers still have to manage judicial elections, including filling two vacancies on the Virginia Supreme Court, in addition to negotiating the state budget and other bills directed to conference committees.

As for Wheeler, the governor’s spokeswoman said Youngkin “sincerely hopes there is a way forward and remains open to further conversations.”

“The General Assembly has until it adjourns sine die to reconsider its decision to dismiss the most qualified Natural and Historic Resources Secretary in many years,” spokeswoman Macaulay Porter wrote in a statement. E-mail.

The Virginia League of Conservation Voters urged Youngkin to find a “suitable replacement.”

“It was clear from the start that Andrew Wheeler was not a pragmatic choice to lead environmental agencies in Virginia,” Michael Town, the group’s chief executive, said in a statement. “His past of working for polluting companies and repeatedly undermining environmental laws has made him unsuitable for this position, and we are pleased that the legislature has also come to this conclusion.”

Wheeler is a lawyer and former coal lobbyist who led the EPA during the second half of former President Donald Trump’s administration, overseeing rollbacks of environmental protections implemented under former President Barack Obama.

His critics called his leadership of the agency too respectful of corporate interests and accused him of downplaying the threats of climate change.

Wheeler said his tenure as a director was not fairly covered in the media, and some of his former colleagues defended his record and professionalism.

In the absence of approval for the Cabinet role, Youngkin could ask Wheeler to serve in his administration in another position.