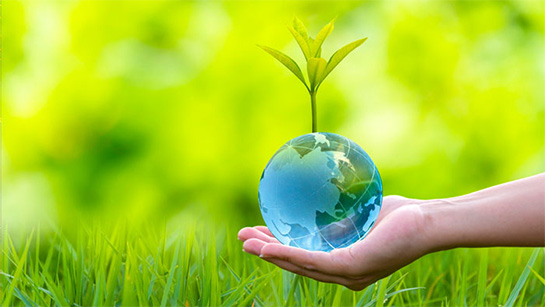 According to Fitch Ratings, Singapore’s planned sale of up to S$35 billion ($25 billion) in “green bonds” through 2030 will help build the country’s sustainable financing capabilities.

This development will also be supported by the measures taken by the government to establish a green “taxonomy”, which, among other objectives, aims to enable financial providers to align their investments and loans on the basis of their environmental impact.

Singapore’s first green sovereign bonds are expected to be issued in 2H2022. The impact on the sovereign’s credit profile should be marginal, given its net creditor position and prudent fiscal management. The bonds are issued under guarantees that include a gross borrowing limit and strict criteria for eligible projects.

Singapore’s housing ministry, the Housing & Development Board, raised S$1 billion separately in March 2022 through its inaugural green bond program, dedicated to the development of green buildings.

Green bond issuance and carbon credit trading schemes are part of the authorities’ plan for a broader green finance ecosystem. If successfully established, this could support the funding of sustainable finance initiatives both in Singapore and in the wider region, while strengthening the country’s existing strengths as a financial hub.

A stronger sustainable finance ecosystem in Singapore would strengthen the country’s ability to invest in climate change mitigation strategies, but the government’s ability to finance them is already strong. The role of the ecosystem in fundraising for programs elsewhere in the region could be even more important. A report by Bain & Company, Microsoft and Temasek Holdings estimated in 2021 that Southeast Asia would need $2 billion in infrastructure investment over the next decade to enable a sustainable transition and put the region on the path to net zero greenhouse gas emissions.

The taxonomy initiative would support the development of this ecosystem by providing a classification system and improving disclosure. This would reduce the risks of “green laundering” and give investors greater confidence that the funds would be used efficiently and according to their program. The second draft taxonomy, which is the subject of consultations, proposes a system of “traffic lights” for the three sectors most important for greenhouse gas emissions: energy, transport and real estate . Activities are ranked according to their impact on mitigating climate change.

The government aims to make the taxonomy system interoperable with those of other jurisdictions, such as the EU and ASEAN. Singapore’s green bond issuance will be aligned with the ASEAN taxonomy, but Fitch believes developing a system that is fully interoperable with that of the EU could pose challenges. Consultations on Singapore’s latest draft taxonomy concluded on June 23.