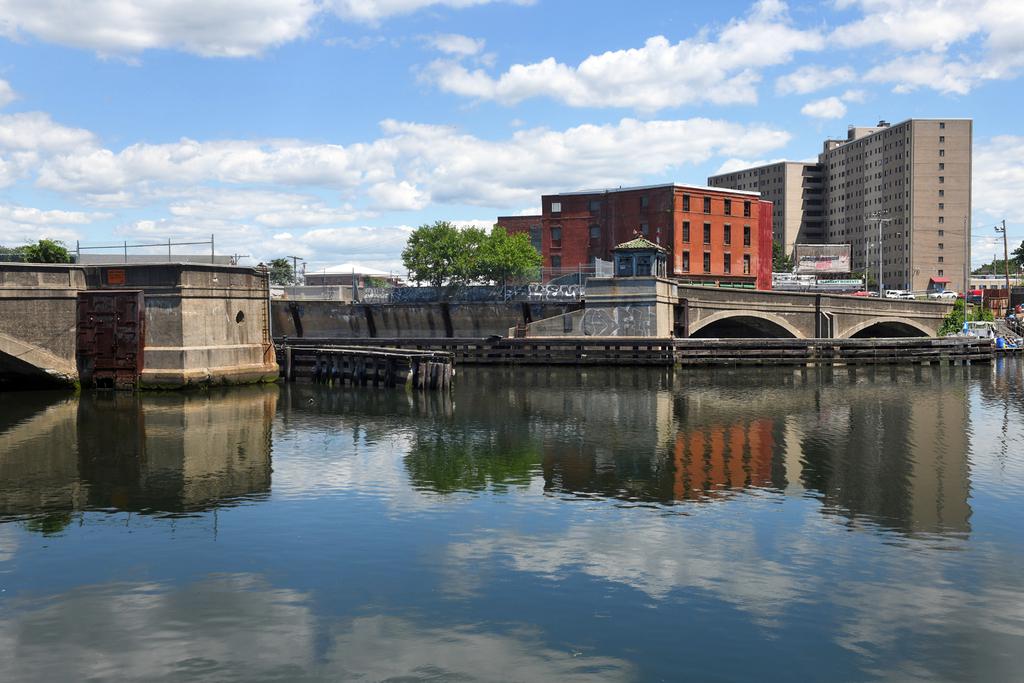 “I stand in front of you and think, ‘Is this going to happen? Is it finally here? Valle had said.

Three and a half years later, she is still waiting for an answer.

“You see?” a frustrated Valle said recently when she recalled her comments from 2019. “I’m frustrated. Some kind of activity should have happened there.

Why this continuous delay? Those involved blame: the global coronavirus pandemic that hit Connecticut in 2020; a complicated federal and state licensing process; and the objections of a few landowners along the Pequonnock River to the decision to have the new Congress Street span a fixed stretch, rather than reusing the old drawbridge design.

So will the replacement project, which Mayor Joe Ganim prioritized in late 2016 and then touted during his successful 2019 re-election bid, finally kick off for him to brag about during his re-election campaign? re-election in 2023?

Jon Urquidi, Bridgeport’s municipal engineer, told city council members Wednesday, “At this time I don’t have a definitive answer ‘this is the day we’re going to go out for construction’.”

He had been asked to provide a brief update to the council’s economic development committee on a few projects, including the Congress Street Bridge.

Meanwhile, Thomas Gill, head of economic development at Ganim, claimed in an interview that “we are in the home stretch” of the licensing process, which involved the Federal Army Corps of Engineers and the departments Connecticut Energy and Environmental Protection, and Transportation. But Gill, like Urquidi, would not offer a timetable for an inauguration.

In January 2019, the Ganim administration was talking about starting construction — then estimated at $24 million, split between Bridgeport and the state — in 2020.

The Connecticut Department of Transportation (DOT) said in a statement, “Construction is expected to continue through the end of 2022, with material procurement through the winter and major construction beginning in the spring of 2023.”

The coronavirus pandemic was one of the reasons for the delay, according to the DOT, along with “design challenges and changes in project management personnel.”

The Congress Street Drawbridge became stuck open across the Pequonnock River in 1997, during Ganim’s first term. The rusting hulk was torn down in 2010 under then-Mayor Bill Finch, who called it “the city’s most visible reminder of the neglect of infrastructure.”

Since then, there has been talk of building a new structure to not only help the East Side and downtown economies, but also to improve emergency response. The city’s fire department headquarters, for example, is located on Congress Street on the downtown side.

Ultimately, officials decided it would be cheaper to erect an immovable bridge. As a result, the city and Congressional delegation of Bridgeport successfully convinced the federal government to revoke authorization for the canal, meaning the Army Corps of Engineers is no longer responsible for dredging it, which required the installation of a drawbridge.

But that was not the end of the process. Bridgeport, in addition to filing various water and environmental related permits, has also worked to convince the state that a drawbridge is no longer needed and had to submit a vessel traffic investigation. at the Connecticut Department of Energy and Environmental Protection (DEEP).

“We gave them everything they needed,” Gill said this week, adding, “You’ll be able to get smaller boats under this bridge.”

But a few landowners along the banks of the Pequonnock River have, according to DEEP state communications director Will Healey, expressed concern about the “navigational impacts” of a fixed bridge – the ability to bring boats or barges to and from their land. So DEEP has taken a close look at these claims.

“Just because it’s no longer a federal channel (for the corps) doesn’t mean there’s no shipping,” Healey explained. “And we are responsible for ensuring the safety of navigation and the rights of coastal landowners.”

Urquidi told council this week that the Ganim administration had hired an outside lawyer to help the city’s legal department deal with the situation.

Based on information provided by DEEP, one of the affected owners is the famous DiNardo developer family who own the former Grand Brass property at 522 Housatonic Ave. Family representatives did not return a request for comment.

Another is Michael Julian, who starts an oyster farming business in the Pequonnock – raising seeds in the dirtier environment where they will thrive, then transferring those seedlings to cleaner water to complete the growth cycle. Julian said having a fixed bridge over Congress Street “kinda leaves us with limited options for (business) growth.”

“I’m so new to the business, we’re learning right now,” Julian said. “But I can say with fairly good certainty that eventually being able to access it with a boat will be essential to the operation.”

Healey said, “We may join the claimant (Bridgeport) in a meeting with adjacent landowners” to try to resolve any remaining issues.

Gill, however, does not believe that complaints “from a few owners who may one day want to do something” will stop the bridge project.

“Just think about it,” he said. “We have a situation where we have a number of people in the city who will benefit from this bridge once again being able to connect the East Side to downtown. For safety reasons, firefighters will be able to use this bridge, as will police and ambulances, etc.

Healey noted that, if it was decided not to proceed with a fixed bridge and to require a drawbridge, Bridgeport “would have to submit a new request” – adding even more time to the replacement effort.

“The city may also request a hearing if we tentatively decide to deny the existing request” for a fixed structure, Healey said.

There is yet another possible wrinkle – the higher costs of building materials that began to rise at the start of the pandemic.

According to the state Department of Transportation, its $12 million, half of the $24 million estimate announced in 2019, remains available. But is the price still $24 million?

“We will find out after the (construction) bid,” Gill said. “We might make some changes to the bridge that might reduce the cost – some extras we will add to it. But we were aware (of inflation) and we followed it. We are still in the ballpark.

At this point, Valle won’t believe the bridge is replaced until work begins.

“There is always something blocking what could be and what was promised to the residents,” she said.

McMaster: Yorktown pollutants threaten the environment. It’s time to clean them up. | Comment