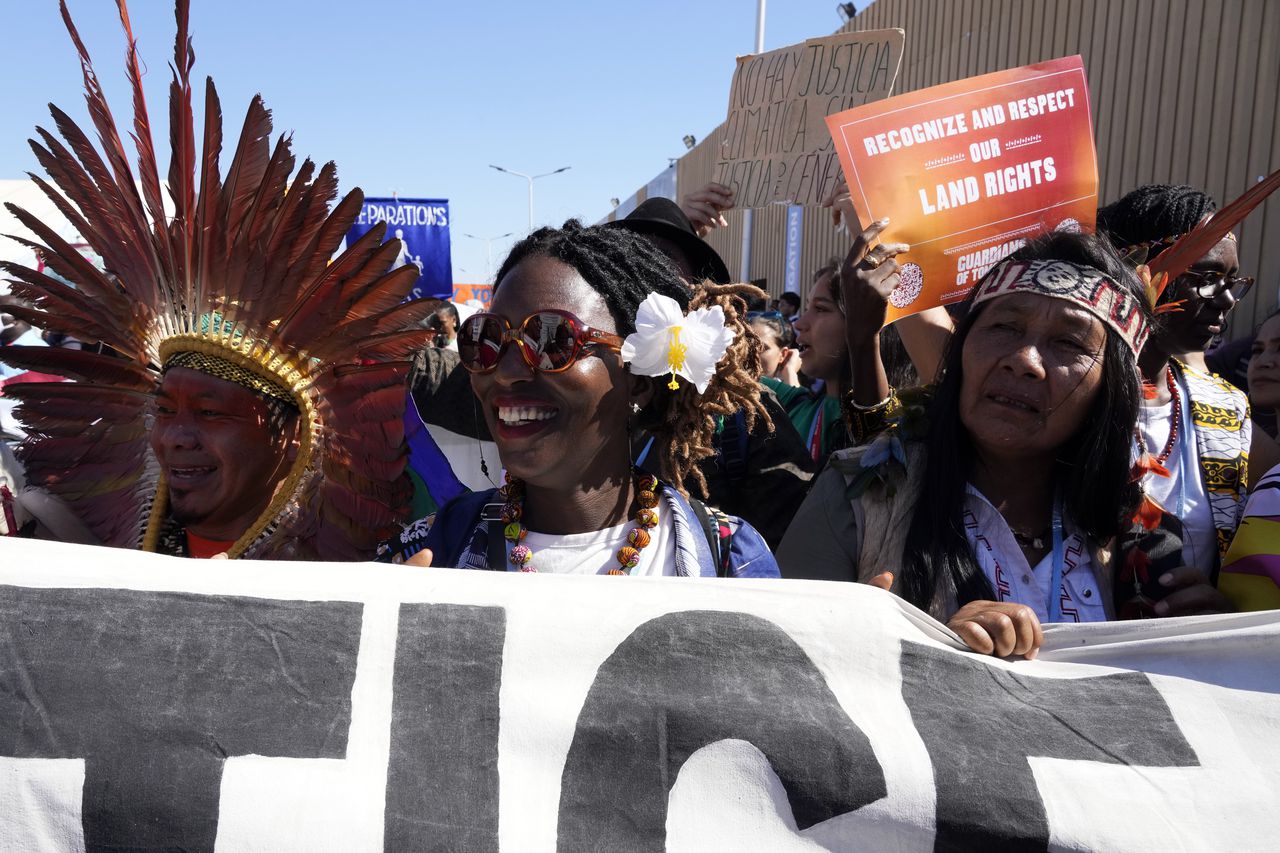 SHARM EL-SHEIKH, Egypt – Hundreds of activists called on industrialized countries to pay for the impact of climate change and accelerate the transition from fossil fuels to renewable energy on Saturday in the biggest protest ever at the summit of the UN on the climate in Egypt.

The protests have mostly been muted at the conference, known as COP27, which is taking place in the resort town of Sharm el-Sheikh. Activists blamed the high cost of travel, accommodation and restrictions in the remote town for limiting the number of protesters.

Protesters marched through the conference’s “blue zone”, which is considered UN territory and governed by international law. They chanted, sang and danced in an area not far from where the climate talks and negotiations are taking place. The protests came at the end of the first week of the two-week summit, when protest actions at climate summits are usually at their peak.

“Pay now for loss and damage,” said Nbani, a Nigerian environmental activist who led a group of African protesters, on Friday. Many protesters, alongside several vulnerable countries, called for “loss and damage” payments, or funding to help pay for climate-related damages, to be at the heart of the negotiations. “Africa is crying and its people are dying,” Nbani said.

Protesters also called for drastic cuts in greenhouse gas emissions pumped into the atmosphere. Emissions continue to rise, but scientists say the amount of heat-trapping gases must be cut by nearly half by 2030 to meet the temperature-limiting goals of the Paris climate accord.

Activists chanted “Keep it in the ground” in reference to their rejection of further fossil fuel extraction.

On Friday, some activists heckled US President Joe Biden’s speech and held up an orange banner that read “People vs. Fuels” before being removed. One of the activists, Jacob Johns, had his access to the conference withdrawn.

“It’s just a great way to silence Indigenous voices nationally and globally,” said Johns, a member of the Akimelo’otham and Hopi nations in the United States.

The 39-year-old veteran campaigner said he went to the speech to protest the new US scheme to encourage more purchases of carbon offsets by companies – a scheme allowing companies to earn credits for polluting contributing to the removal of carbon dioxide from the atmosphere.

And what really angered the veteran activist was that Biden mentioned Indigenous knowledge and efforts in his speech.

It was “just a really good big slap in the face of climate action,” Johns said.

Saturday’s rallies also focused on human and gender rights, with protesters saying both are linked to climate justice and calling for an end to the crackdown on rights and environmental activists, especially in developing countries.

Activists have called for the release of jailed Egyptian pro-democracy activist Alaa Abdel-Fattah, whose case drew international attention at the conference. His sister, Sanaa Seif, was campaigning at the conference for his release.

“One day, I hope my brother can stand here with you and raise his voice, as he always has for the repressed, the criminalized, the marginalized and the ignored,” said Asad Rehman, Executive Director of War on. Want, a London-based anti-poverty charity. He was reading Seif’s remarks.

Abdel-Fattah’s family said he stepped up his hunger strike and stopped drinking water to coincide with the start of the conference. They have been demanding news of his condition at the prison ever since, and their concerns grew on Thursday after authorities told them he was undergoing indefinite medical intervention and blocked a lawyer from seeing him.