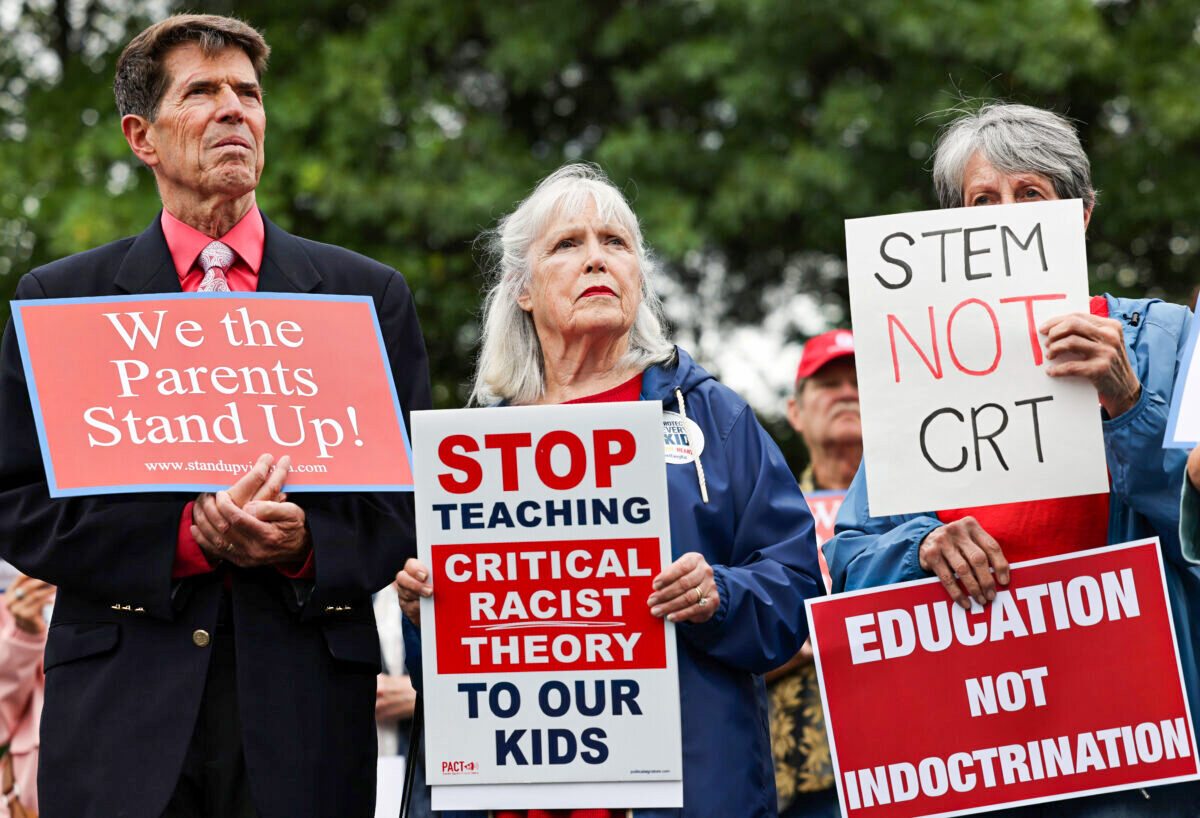 House Republicans on the Oversight and Reform Committee and the Education and Labor Committee are addressing the misuse of COVID-19 relief funds in schools, particularly to fund racial teachings that divide as Critical Race Theory (CRT).

Congress established the Elementary and Secondary Schools Emergency Relief Fund (ESSER) to ensure the safe reopening of schools and address the learning loss experienced by students due to the pandemic. In a Sept. 14 letter to Secretary of Education Miguel Cardona (pdf), GOP members point out that taxpayer dollars are “used to indoctrinate children in the fundamentals of left-wing ideology.”

In California, ESSER funds were used for training in “LGBTQ+ cultural competence,” “ethnic studies,” and “environmental literacy,” the letter says.

In New York, $9 billion in ESSER funds were used to train staff members on “privilege,” “sustainable, culturally appropriate instruction,” and to recognize “fairness warriors.” In Illinois, a portion of the $5.1 billion in ESSER funds was dedicated to “equity-focused investments” and emphasizing “equity and diversity,” the letter says.

The letter points out that despite considerable funding, learning loss among American students has been significant. “During the 2020-2021 school year, math pass rates declined by an average of 14.2% overall, but the decline was 10.1% smaller for districts that provided more of in-person instruction,” the letter reads.

“The overwhelming majority of school closures have occurred in states and localities run by Democrats who have chosen to keep schools closed far longer than necessary, often at the behest of teachers’ unions.”

About 60% of the education agencies analyzed used the funding to hire or reward teachers, guidance counselors and academic specialists, making it the highest or second priority in every region of the country, the report says. FutureEd report.

In the letter to Cardona, the Republicans requested extensive documents to “better understand” the approval process put in place for the ESSER grants.

In an interview with the Washington Examiner, Rachel Greszler, senior fellow at The Heritage Foundation’s Grover M. Hermann Center for the Federal Budget, points out that only one-third of positions funded by COVID-19 relief funds have gone to people dispensing effectively an education directly to students, according to available data.

The vast majority of funds ended up paying for administrative positions.

“If you build up bureaucracy around schools…it’s hard to get that out,” Greszler said.

Naveen Athrappully is a reporter and covers world affairs and events at The Epoch Times.