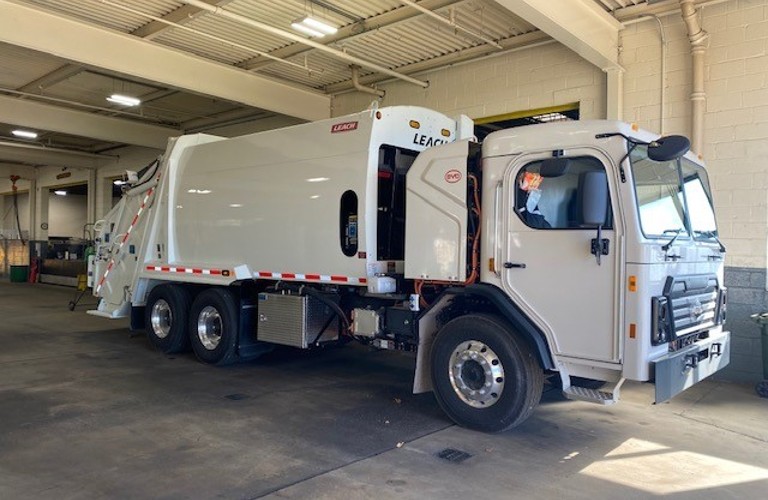 The City of Hoboken has made progress on its climate action plan. It purchased 100% renewable electricity for all municipal operations, provided renewable energy options to homeowners and launched a new community solar program with the Hoboken Housing Authority.

On Wednesday, Hoboken Mayor Ravi S. Bhalla and the city announced that the New Jersey Department of Environmental Protection is providing nearly $1.2 million in public funding for the purchase of the first truck to Electric garbage and city HOP shuttle. The new garbage truck and bus will bring the city to a total of 19 electric or hybrid vehicles and provide significant cost and environmental benefits as part of Hoboken’s climate action plan to reduce greenhouse gas emissions.

“Replacing our old fossil fuel dependent buses and garbage trucks with electric vehicles is another step we are taking to meet our climate action plan goals,” Bhalla said. “Not only will this reduce our own contributions to greenhouse gas emissions, but it will also improve the quality of the air we breathe and result in quieter vehicles, which will improve the quality of life for our residents. Many thanks to NJDEP Commissioner Shawn LaTourette, Governor Phil Murphy and our state legislators for providing Hoboken with this much needed grant funding.

By replacing the garbage truck and bus with electric alternatives, the city will save approximately $1.1 million in fuel over the next 15 years based on current usage rates, plus additional savings through a reduced maintenance and operations compared to current vehicles. By switching to the two new electric vehicles, the city will also eliminate the consumption of approximately 17,500 gallons of diesel fuel on an annual basis.

Bhalla launched the Hoboken Climate Action Plan in January 2019, with the aim of becoming carbon neutral by 2050 and net zero energy by 2030.

One of the eight priority climate actions identified to meet Hoboken’s climate action goals for city operations is to gradually integrate hybrid electric and electric vehicles into the city’s vehicle fleet. The city has already replaced 17 vehicles with electric, hybrid or plug-in hybrid vehicles.

Next year, the city will also increase its electric vehicle charging infrastructure to more than double the number of publicly accessible charging ports throughout the city through a partnership with Volta.