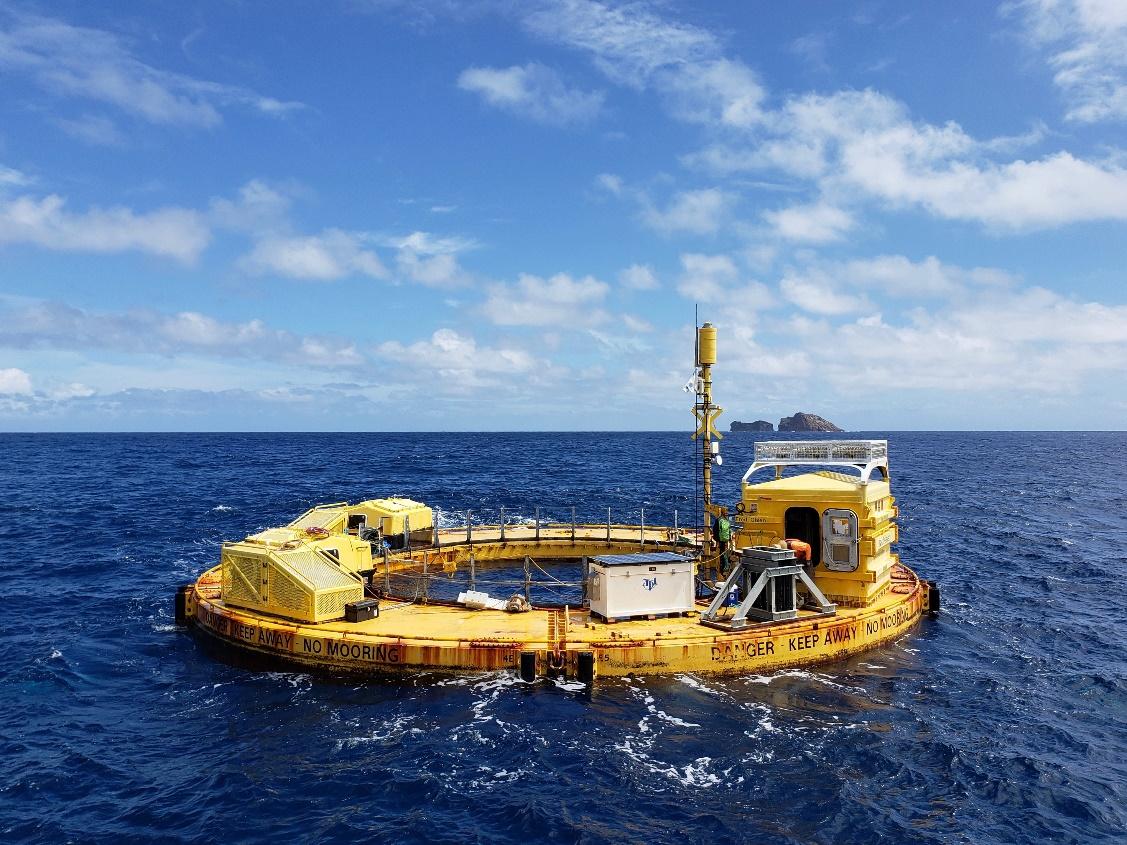 Military and civilians Hawaiian researchers have stepped up efforts to harness the powerful waves and ocean currents off Oahu as a source of renewable energy.

The Navy recently gave an infusion of $ 6 million to continue research on the sustainability of wave energy that has been taking place near the Marine Corps Base in Hawaii since the early 2000s.

Hawaii – the most oil-dependent state – is exploring wave energy as a possible source to help meet its goal of relying on 100% renewable energy by 2045. The military is looking for ways to ‘more effectively fuel the increasingly concentrated forces on the Pacific as it battles China for influence.

However, it is not clear how quickly wave energy could be available for practical uses, as the ocean offers as many obstacles as there are possibilities.

“It’s one of those technologies that has been ‘around the corner’ for a few years,” said Jeff Mikulina, executive director of the Honolulu-based Blue Planet Foundation.

The $ 6 million went to Applied research laboratory at the University of Hawaii, which is working with the university’s Hawaii Natural Energy Institute and the military to support testing through 2024 on how wave energy converters could deliver electricity to and off the grid.

â€œWe were able to expand our team a bit. We have a number of graduate students now working on various aspects of wave energy, â€said Pat Cross, research specialist at HNEI. â€œThe Navy’s investment has helped tremendously.

About half of the latest funding will go to off-grid testing wave energy converters that would generate and store energy. They operate on a smaller scale and might see practical applications sooner.

Cross said they could be used to power ships and drones at sea for ocean research, desalination technology or even aquaculture. â€œThese funds kind of allow us to go internally within our team here at UH to get into some of these areas,â€ he said.

Cross said the late Hawaii Senator Daniel Inouye played a key role in setting up the Navy test site. The Navy set up the test site in partnership with Ocean Power Technologies, which used the site to test various devices.

The search for cleaner, renewable energies has found a new urgency as heat waves and forest fires rage around the world.

Earlier this month, the United Nations released a report warning that failure to work immediately to reduce carbon emissions would lead to “irreversible” environmental and climatic consequences that could threaten human civilization.

Setting up wave energy systems can be a challenge. They must be in rough seas, which poses major logistical problems. And even when they can be installed and held in place, salt water can rust and corrode machinery.

â€œThe ocean is famous for eating everything,â€ Mikulina said. “There’s a reason we have so much solar power in Hawaii and just one wave power site.”

Cross said teams are working on designing devices to balance sustainability, size, and the actual ability to generate power – and sometimes that requires conflict.

â€œThis is the crux of the matter,â€ said. To cross. “By definition, you want to place them in dynamic environments where there are substantial waves, which makes it difficult.”

Wave energy research is relatively recent. Although it is generally regarded as a clean energy source, concerns have been expressed about possible unintended environmental consequences.

The UH team collected noise and acoustics data to determine if they could disrupt marine life, Cross said. “This is one of the important things that the Navy asks us to do,” he said.

“This is only my opinion, but the detrimental effects of not using wave energy, such as ocean acidification and climate change, outweigh what we so far consider to be minimal effects of deploying these things, “he added.

Mikulina ultimately sees promise in the potential of wave energy if it can be better developed for widespread use. â€œIf you have a bunch of free energy and a bunch of free water, it’s a perfect match,â€ he explained.

The military has long been interested in renewable energy, but its environmental track record is uneven. The military currently burns more fuel than some entire countries and is one of the world’s largest carbon emitters.

Captain Eric Abrams, spokesperson for the Marine Corps base in Hawaii, said base personnel have worked closely with researchers at UH.

The Marine Corps ultimately hopes that research at the site “will create a renewable energy economy that will provide significant environmental and societal benefits and provide a secure energy supply.”

But it’s not just environmental concerns that have captured the military’s attention.

Oahu is home to the Navy’s Pacific Fleet, which conducts frequent operations in the region.

The Covid-19 pandemic has severely disrupted global supply chains. Much of Hawaii’s electricity grid, which is shared by civilians and the military, relies heavily on imported foreign oil.

For the US military, the possibility of supply chain disruptions is a major concern. In times of war, the ability to resupply and replenish forces can quickly become a life or death concern.

Former Secretary of Defense James Mattis, a retired Marine General, said renewable sources could “free us from the fuel tie. “

The wave energy test site site is managed by the Naval Facilities Engineering and Expeditionary Warfare Center based in Port Hueneme, Calif., Which examines the development of technologies to support bases and operations overseas.

The WETS system has been connected to the Hawaii grid and has so far not been used to power military bases in Oahu. But that is changing.

â€œNext year, the WETS team will deploy the world’s largest WEC with the potential to deliver significant power to the MCBH grid,â€ said Abrams.

Nathan Sinclair, the Navy’s WETS project manager, said in an email that the military is preparing to conduct infrastructure tests as early as this fall. But the military also wants to extend this technology well beyond the bases in Hawaii.

Military researchers are particularly interested in the potential of smaller off-grid devices.

â€œWhile the supply of wave power to basic land-based power grids has yet to bear fruit, wave power may be the technical and cost-effective solution to delivering power to remote ocean locations,â€ for permanent monitoring and recharging of unmanned underwater vehicles, â€Sinclair said.

The Marine Corps is in the midst of a major effort to transform into a lighter-focused force on island and coastal battles. The commanders envision the Marines setting up remote operating bases with drones and anti-ship missiles.

Mikulina said that off-grid wave energy “has obvious military applications, but also other fairly important applications â€, including the potential to produce hydrogen that could be used to power cars and other machinery on earth.

â€œThere is immense power in the waves that surround Hawaii and around the world,â€ Mikulina said.

Sign up for our FREE morning newsletter and be more informed every day.

With CMP Corridor, a scar is born