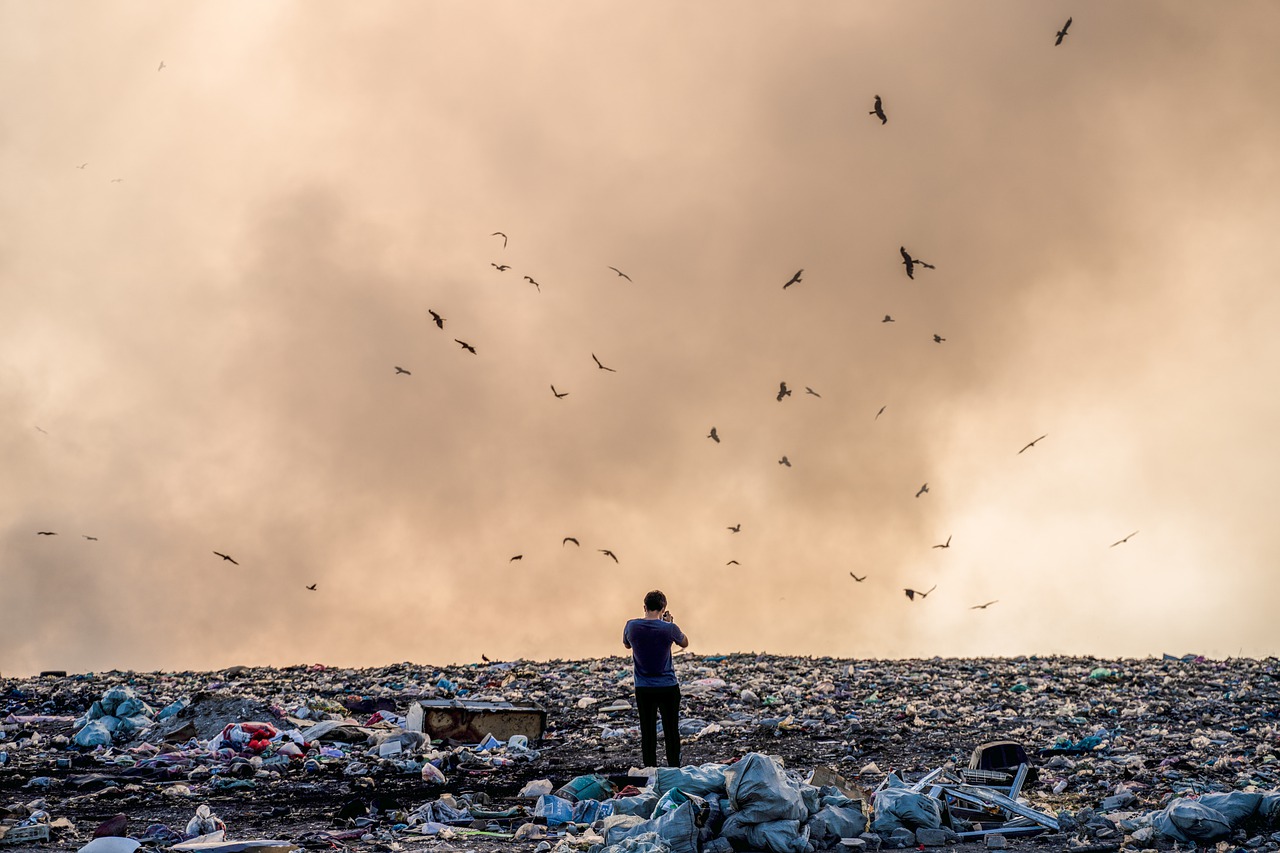 According to scientists, by 2025, 100 to 250 million tons of plastic waste could enter the ocean every year.

Plastic pollution is accumulating around the world, on land and in the oceans. According to a widely quoted estimate, by 2025, 100 to 250 million metric tons of plastic waste could enter the ocean every year. Another study commissioned by the World Economic Forum predicts that without changing current practices, there could be more plastic by weight than fish in the ocean by 2050.

On March 2, 2022, representatives from 175 countries around the world took a historic step to end this pollution. The United Nations Environment Assembly has voted to task a committee with forging a legally binding global treaty on plastic pollution by 2024. UN Environment Program Executive Director Inger Andersen, the described as “an insurance policy for this generation and future generations, so they can live with plastic”. and not be condemned by it.

I am a lawyer and have studied issues related to food, animal welfare and environmental law. My forthcoming book, “Our Plastic Problem and How to Solve It,” explores legislation and policies to address this global “thorny problem.”

I believe plastic pollution requires a local, national and global response. Although it is difficult to act together on a global scale, lessons learned from some other environmental treaties suggest features that could improve the chances of a successful agreement.

Scientists have discovered plastic in some of the most remote regions of the globe, from polar ice to Texas-sized gyres in the middle of the ocean. Plastic can enter the environment from a myriad of sources, ranging from laundry sewage to illegal landfills, waste incineration and accidental spills.

Plastic never completely degrades. Instead, it breaks down into tiny particles and fibers that are easily ingested by fish, birds, and land animals. Larger pieces of plastic can carry invasive species and accumulate in freshwater and coastal environments, altering ecosystem functions.

A 2021 National Academies of Sciences, Engineering and Medicine report on ocean plastic pollution concluded that “[w]Without changes to current practices…plastics will continue to accumulate in the environment, especially in the ocean, with adverse consequences for ecosystems and society.

National policies are not enough

To solve this problem, the United States has focused on managing and recycling waste rather than regulating plastic producers and the companies that use plastic in their products. Not addressing the sources means that policies have limited impact. This is especially true since the United States generates 37.5 million tons of plastic per year, but recycles only about 9%.

Some countries, such as France and Kenya, have banned single-use plastics. Others, like Germany, have imposed deposit systems for plastic bottles. Canada has classified manufactured plastic items as toxic, giving its national government broad authority to regulate them.

In my opinion, however, these efforts will also fail if the countries that produce and use the most plastic do not adopt policies throughout its life cycle.

Plastic pollution crosses borders, so countries need to work together to reduce it. But existing treaties such as the 1989 Basel Convention, which governs the international transport of hazardous waste, and the 1982 United Nations Convention on the Law of the Sea offer little leverage, for several reasons.

First, these treaties were not designed specifically to deal with plastic. Second, the biggest plastic polluters – notably the United States – have not joined these agreements. Alternative international approaches such as the Ocean Plastics Charter, which encourages global and regional governments and companies to design plastic products for reuse and recycling, are voluntary and non-binding.

Fortunately, many global and business leaders now support a uniform, standardized and coordinated global approach to the management and disposal of plastic waste in the form of a treaty.

The American Chemistry Council, an industry trade group, supports an agreement that will accelerate the transition to a more circular economy that promotes waste reduction and reuse by focusing on waste collection, product design and recycling technology.

U.S. plastic manufacturers and the International Council of Chemical Associations have also made public statements in support of a global agreement to establish “a targeted goal to ensure access to proper waste management and eliminate plastic leakage into the ocean”.

However, these organizations argue that plastic products can help reduce energy consumption and greenhouse gas emissions – for example, by enabling carmakers to build lighter cars – and are likely to oppose an agreement limiting the production of plastic. In my view, this makes government leadership and action essential.

The Biden administration has also declared support for a treaty and is sending Secretary of State Antony Blinken to the Nairobi meeting. On February 11, 2022, the White House released a joint statement with France that expressed support for the negotiation of “a global agreement to address the full life cycle of plastics and promote a circular economy.”

The first draft treaties describe two competing approaches. One seeks to reduce plastic throughout its life cycle, from production to disposal, a strategy that would likely include methods such as banning or phasing out single-use plastic products.

Elements of an Effective Treaty

Countries have come together to solve environmental problems before. The global community has successfully addressed acid rain, stratospheric ozone depletion and mercury contamination through international treaties. These agreements, which include the United States, provide strategies for a plastics treaty.

The Montreal Protocol, for example, required countries to report their production and consumption of ozone-depleting substances so that countries could hold each other accountable. Under the Convention on Long-Range Air Pollution, countries agreed to reduce sulfur dioxide emissions, but were allowed to choose whichever method worked best for them. For the United States, this involved a system of buying and selling emission allowances which was part of the amendments to the Clean Air Act of 1990.

Based on these precedents, I see plastic as a good candidate for an international treaty. Like ozone, sulfur and mercury, plastic comes from specific and identifiable human activities that occur around the world. Many countries contribute, so the problem is cross-border in nature.

In addition to providing a framework to keep plastic out of the ocean, I believe a plastic pollution treaty should include reduction targets for producing less plastic and generating less waste that are specific, measurable and achievable. The treaty should be binding but flexible, allowing countries to achieve these goals as they see fit.

In my view, the negotiations should take into account the interests of those who experience the disproportionate impacts of plastic, as well as those who make a living from recycling waste in the informal economy. Finally, an international treaty should promote collaboration and the sharing of data, resources and best practices.

Since plastic pollution does not stay in one place, all nations will benefit from finding ways to reduce it.

This article was written by Sarah J. Morath, associate professor at Wake Forest University in the United States. It is republished from The Conversation under a Creative Commons license. Read the original article.

CIM Group provides $343.8 million loan for the acquisition of a 55-story Class A office tower in Atlanta | Nation/World