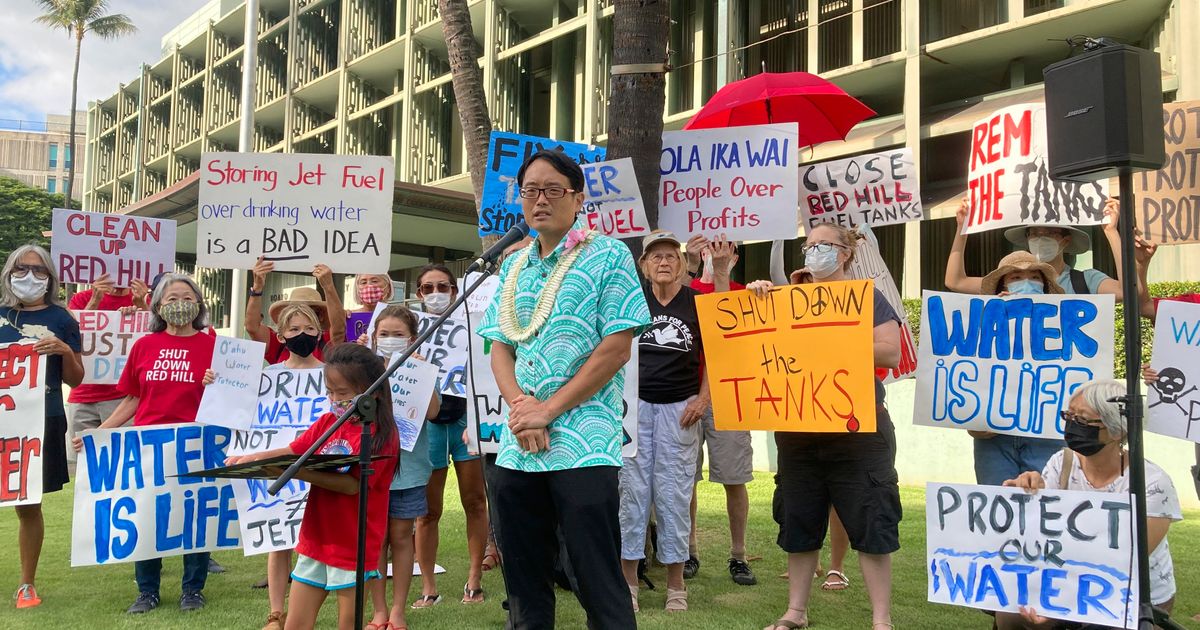 HONOLULU (AP) – Citing threats to drinking water in Honolulu, the Sierra Club of Hawaii and other groups on Wednesday called on President Joe Biden and military leaders to shut down tanks which constitute a large reserve of fuel for US forces in the Pacific.

“Enough is enough. We have lost all faith in the local command of the Navy,” Wayne Tanaka, director of the Sierra Club of Hawaii, said at a rally and press conference.

The military built 20 fuel tanks, each equivalent to 25 floors, during World War II near Pearl Harbor on top of an aquifer that supplies a quarter of Honolulu with potable water.

The call to shut them down comes after a string of recent revelations about fuel leaks associated with fuel tanks at Red Hill or Pearl Harbor.

Tanaka called the reservoirs “an unacceptable threat to the drinking water supply of 400,000 Oahu residents.”

The Hawaii Navy region said in a statement it is committed to protecting the environment and drinking water while protecting national security.

“We will be closely monitoring all aspects of the Red Hill Bulk Fuel Storage Facility to ensure the safety of our operations,” he said.

On Monday, the Navy said 14,000 gallons (52,995 liters) of a mixture of water and fuel seeped into the lower tunnel at the Red Hill facility from a system drain line. fire extinguishing. No fuel leakage into the environment.

Last month, Honolulu Civil Beat reported that authorities waited months to report a January leak at Pearl Harbor to the State Department of Health “for fear that it would hamper its ability to obtain a license to” State â€for the Red Hill reservoirs.

Hawaii’s four-member congressional delegation asked the Department of Defense inspector general to investigate the January leak, saying it wanted to know if the Navy had properly investigated and informed authorities of the ‘State.

Last month, the state’s health department fined the Navy more than $ 325,000 for violations of Red Hill’s operations and maintenance.

A fuel leak in 2014 prompted the Navy to sign an agreement with the US Environmental Protection Agency and the State Department of Health to upgrade tanks and better prevent and detect leaks.