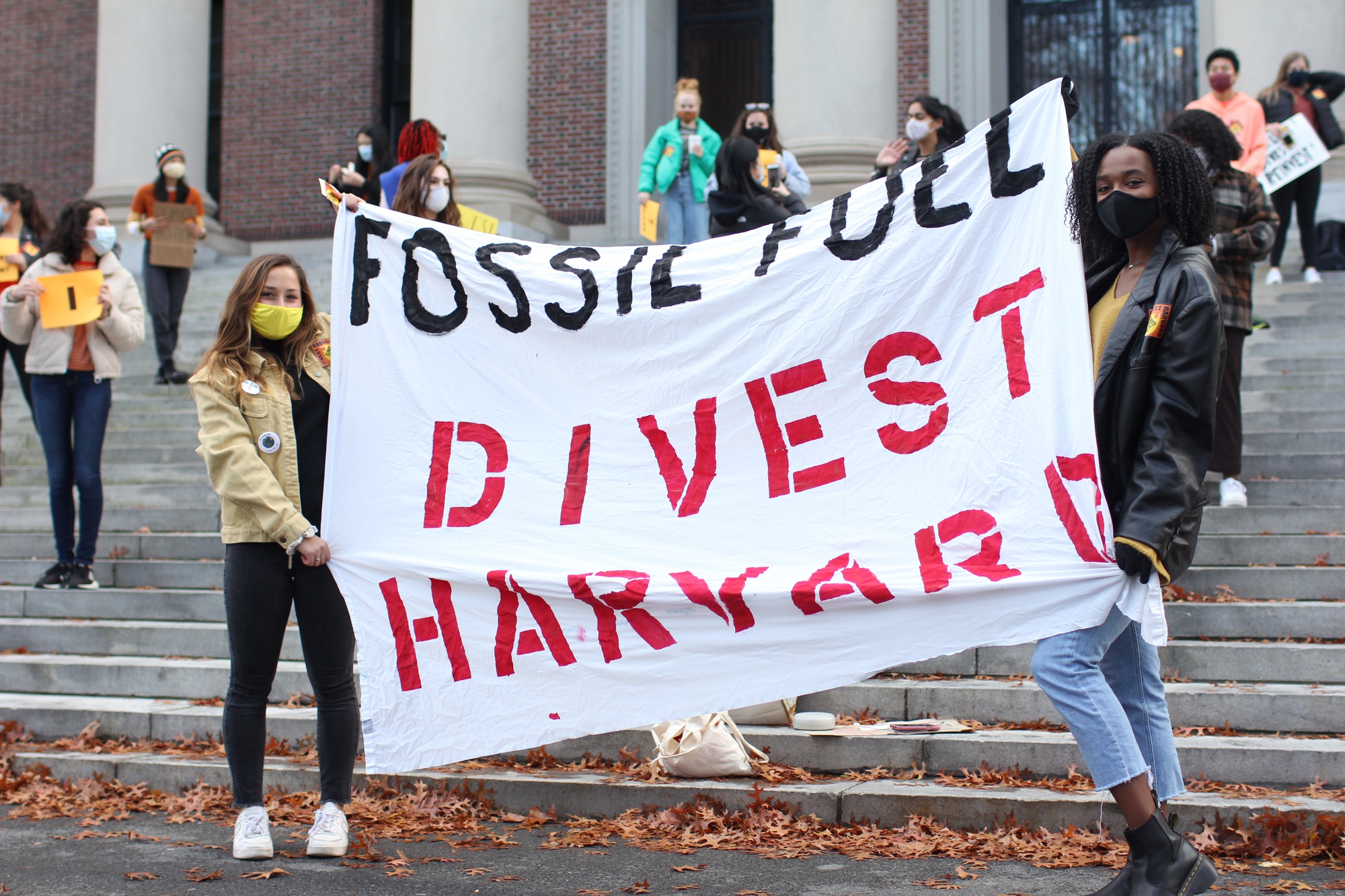 About 30 Harvard and MIT students broke up an ExxonMobil recruitment event at MIT last Wednesday to protest the big oil companies’ contributions to climate change.

The event, held at MIT’s Earth and Planet Department, aimed to introduce students to internship and employment opportunities at the company. Following a similar disruption to Brown earlier this month, climate activists from Harvard and MIT held up posters, chanted and gave speeches, decrying what they see as ExxonMobil corruption.

Fossil Fuel Divest Harvard member Andrew K. Chu ’26 said he and about 30 other protesters physically blocked the recruiting presentation to stop the event.

ExxonMobil did not respond to a request for comment.

Saman de Silva ’26, who sang at the event, said the purpose of the disruption was to send the message to big oil companies that they “have no place on campus”.

MIT student Lyne-Nicole A. Odhiambo said educational institutions, like MIT, contradict their missions by inviting companies like ExxonMobil to their campuses.

“Universities should not lend our legitimacy to these kinds of businesses, let alone invite them to take advantage of the talents of our students,” Odhiambo said.

Welcoming companies like ExxonMobil to campus means “tolerating” the work of those companies, Chu said.

Harvard spokesman Jason A. Newton declined to comment on the protest. MIT spokespersons did not respond to a request for comment.

Sanaa M. Kahloon ’25, who spoke at the event, said major oil companies like Exxon have contributed to current disasters, such as the floods in Pakistan.

“The link was that Exxon and similar companies were actively harming Harvard and MIT students and their communities,” she said. “And that it’s unacceptable for Exxon to recruit the same students it harms.”

Following the disruption, ExxonMobil recruiters stopped their presentation and left.

Alexia G. Leclercq, a Harvard Graduate School of Education student who attended the protest, called the disruption “successful” and said she was glad recruiters were able to hear the start of the speeches.

“This is one of the strategies as part of our ongoing goal for Harvard to sever all ties with the fossil fuel industry,” she said.

“When Exxon comes on campus and says it’s recruiting students to change its brand, it had countless opportunities to do so. And yet they have always pushed for protections against renewable energy transitions,” he said. “We have to recognize the fact that Exxon is lying and the big oil lies.”

Chu said he thinks oil companies like ExxonMobil are trying to “profit from destroying our future.”

“They believe that they can continue to exploit the environment and contribute to the destruction of the environment, get away with it and allow this kind of narrative to spread on campus,” Chu said.

Michael R. Waxman ’25 said he joined the protest because he hopes to see universities give a “pedestal” to businesses that will contribute to a more sustainable future.

“There are so many talented young people who can contribute to a more sustainable world, and that’s not going to happen at Exxon,” Waxman said.

—Editor Christie K. Choi can be reached at [email protected]

—Editor Carrie Hsu can be reached at [email protected]

Cortez Masto and Rosen Announce Over $2 Million for Conservation, Cleanup and Preservation in Nevada