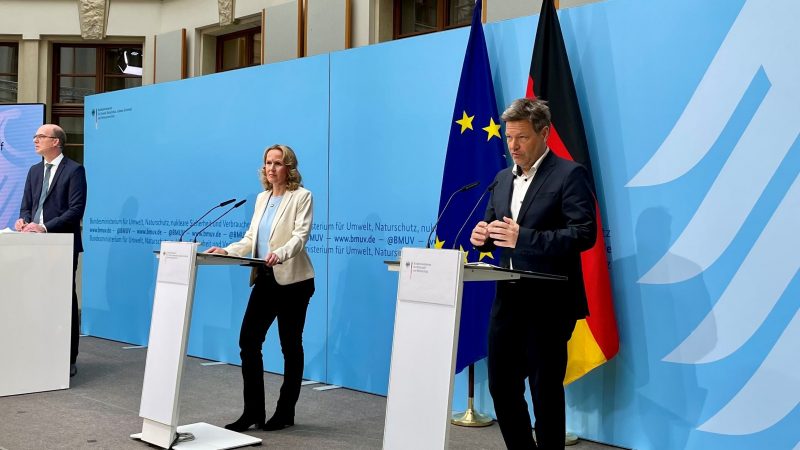 The German government has announced a compromise to ensure that the expansion of onshore wind energy is not hampered by overly strict environmental protection rules.

Germany’s once booming wind industry had faltered in the 2010s, in part because of the country’s strict nature protection legislation, which has seen lawsuits slow or halt projects altogether.

“Many had to wait too long for this deal: wind turbine builders, energy companies, federal states and municipalities,” he added, referring to the low rate of wind power generation over the past few years. last years.

The expansion of wind energy is more crucial than ever due to the current climate crisis, but also due to the war in Ukraine and the need to stop Russian energy imports, Habeck said.

Habeck, who has called for the expansion of renewables above nature protection laws, brokered the deal with fellow Green Party and environment minister Steffi Lemke.

“Our agreement will enable the necessary rapid expansion of wind power with the highest standards of environmental protection,” Lemke said.

At the heart of the compromise is a revised framework for circumventing nature protection laws when approving new wind turbines. It includes an overhaul of the method for calculating the probability of birds colliding with wind blades, a simplified procedure for proving if endangered birds are breeding in the area, limits on the load that can be imposed wind turbine operators and an exhaustive list of 16 protected bird species.

The two ministers also agreed to include a provision in nature conservation laws to relax repowering requirements when older turbines are replaced with more efficient – ​​and often larger – turbines. This is something that is likely to become crucial in the years to come as older wind turbines reach the end of their life.

“The key points presented today undermine nature conservation in many places. This must be urgently reworked for an energy transition compatible with nature,” said Jörg-Andreas Krüger, president of the environmental NGO NABU.

Another influential NGO, Environmental Action Germany (DHU), welcomed the spirit of the compromise, but noted that the compromise contains “serious technical errors and should not be rushed through parliament”.

“Above all, the implementation of compensatory measures in other federal states than the one where the wind turbine is erected is questionable under European law,” said Sascha Müller-Kraenner, CEO of DUH.

“From the perspective of the associations, the key points document is an important first contribution from the two responsible ministries,” explained Peter and Hermann Albers, chairman of the German wind industry lobby.