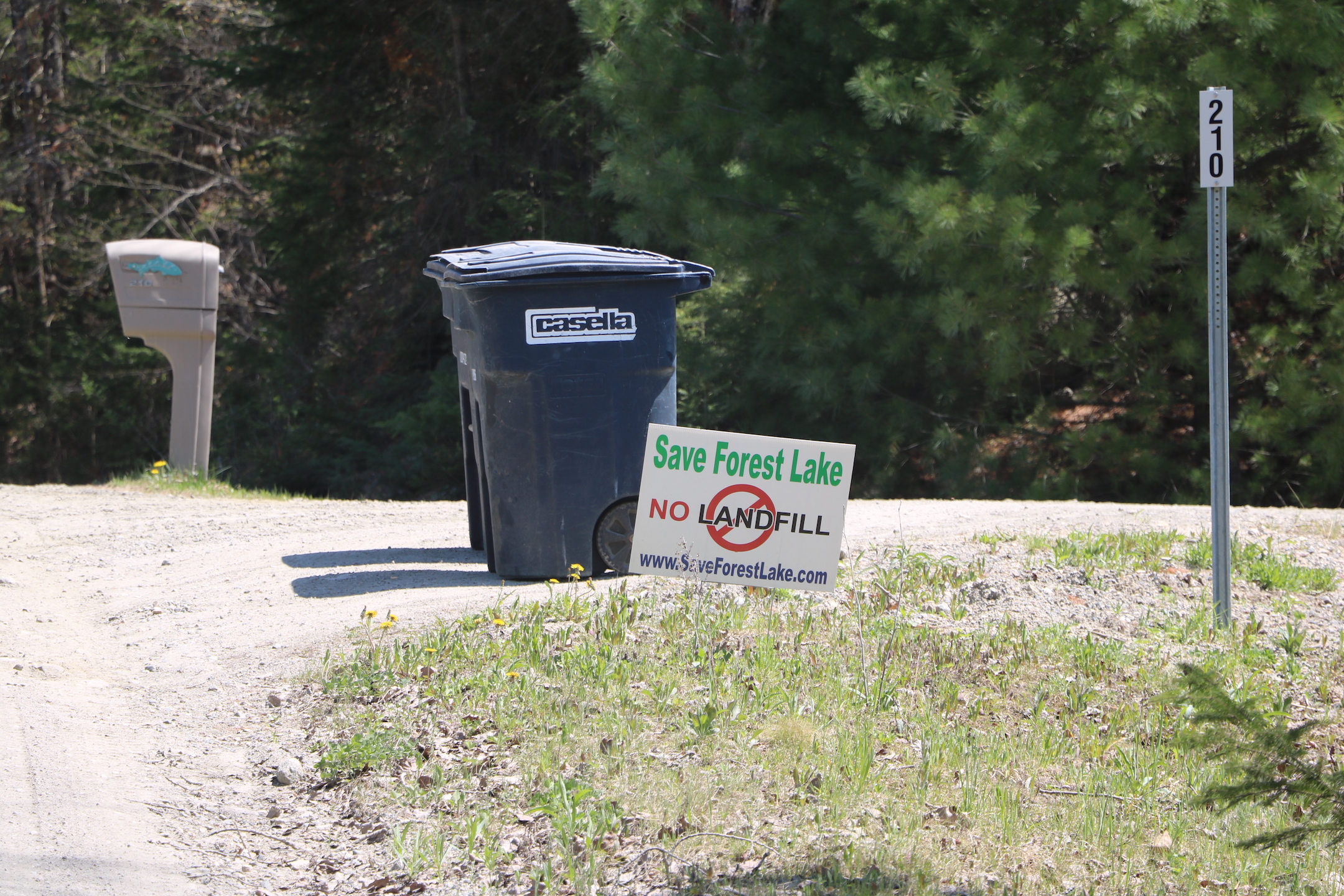 Brian Patnoe, who runs the Lancaster Transfer Station, is tired of seeing materials that could be reused or recycled end up in a landfill because the North Country doesn’t have a recycling facility to process them.

“In Coos County, we really don’t have a lot of infrastructure for recycling,” Patnoe said. “One of the biggest things I see going into the landfill is construction and demolition debris. All the facilities to recycle it are in the southern part of the state.

And driving in the southern part of the state is too far, too expensive and generates too many greenhouse gas emissions to be worth it, Patnoe said. Education is another issue: people don’t know how to reuse or recycle these materials.

The Environmental Protection Agency’s June announcement of the new federal aid comes as state discussions on solid waste gain momentum. After neglecting to update the solid waste plan for 13 years, the state is now drafting a new version. A draft was published in Mayand the finalized plan is expected on October 1.

“Given the focus on solid waste and recycling issues in New Hampshire these days, this funding comes at a very good time for New Hampshire,” said Reagan Bissonnette, executive director of Northeast Resource. Recovery Association, a non-profit organization that helps municipalities. to recycle.

Bissonnette is working with Patnoe on another grant that would create a pilot program to keep construction and demolition debris out of landfills by promoting recycling and reuse. They argued that the program is needed in the north of the country because it lacks access to recycling, and that the region deserves attention given other environmental concerns that have largely gone unaddressed.

Patnoe and Bissonnette said other municipalities would also benefit from federal funding to address municipal and state needs that contribute to these materials ending up in landfills.

“The other thing New Hampshire needs is commercial composting facilities,” Patnoe said. After construction and demolition debris, he said, “food waste is probably the second most important material that ends up in landfills.”

Bissonnette is also a member of the New Hampshire Solid Waste Task Force, responsible for advising the State in the development of a solid waste management plan. She said the priorities outlined in the plan can inform how the state requests funds.

Money for education and infrastructure

Reducing waste has been a focus of state discussions to divert materials from landfills, where space is limited. Residents who have balked at building new landfills in the state have pushed for this approach, and they have support from environmental groups like the Conservation Law Foundation and the Sierra Club.

This federal money could help municipalities and the state implement these ideas.

The EPA is currently seeking comments on three programs it is developing. One would offer $275 million in grants for infrastructure and solid waste recycling. Another would provide $75 million for recycling education and awareness. And the EPA is also designing a model battery recycling program.

Bissonnette said many small, rural communities in the region depend on specific machines to operate their recycling programs. Many small towns have residents who separate their recyclables, sorting cardboard from glass and plastic, for example. These transfer stations need equipment like a baler to compact the recyclables into a dense cube, and they need storage – where aluminum cans or cardboard can pile up.

“You want to be able to fill an entire truckload with baled aluminum cans, to get the best price for that material,” Bissonnette said, adding that small rural towns have different needs than towns that use a flux. unique at the edge of the street. recycling.

A new baler can cost a city between $10,000 and $25,000, according to Bissonnette, an expense she asked the EPA to include in eligible expenses covered by the infrastructure grant program during a webinar in June. The EPA is accepting comments on its infrastructure and education program until July 25. The deadline for provide an answer on battery collection and labeling is July 11.

The EPA expects grant applications to open in the fall. Unlike many federal grants, these do not require municipalities to provide their own matching funds. This could make it easier for cities to access funding, which will be available for four years.

In the first year, 40% of funds are reserved for disadvantaged communities. Bissonnette said in his webinar that the EPA asked attendees for their input on the definition of this category. In the Construction and Demolition Debris Pilot Program grant, Coos County qualified as an environmental justice-conscious community due to its exposure to environmental hazards such as proximity to hazardous waste sites and the amount of diesel particles in the air.

Bissonnette said education grants could also benefit New Hampshire towns, many of which don’t have a comprehensive document they can give to residents clearly explaining what can be recycled in their community. And the funding could be used to help municipalities understand the full cost of their recycling programs, reconciling all costs and revenues involved in solid waste management.