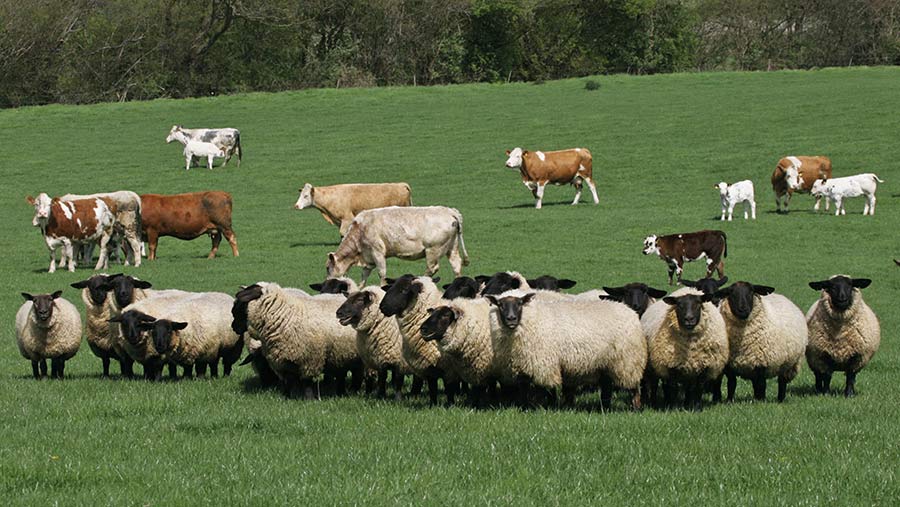 Defra Secretary George Eustice has promised English farmers they will receive the ‘vast majority’ of funds released from the Basic Payment Scheme (BPS) over the next three years, insisting the money will go in green programs “accessible and achievable for any farm”.

Farm leaders have raised concerns over Defra’s proposals to evenly split the £2.4billion in subsidies paid to farmers in England each year between the three Environmental Land Management (ELM) schemes – the incentive to sustainable agriculture (SFI), the recovery of local nature and the recovery of the landscape.

The NFU, Tenant Farmers Association and others have warned that a three-way split will benefit wealthy landowners without protecting sharecroppers and small and medium-sized family farms.

However, writing exclusively for weekly farmersMr Eustice reveals that the vast majority of funds released by BPS over the next three years will be channeled to IFC, Countryside Stewardship and then its successor, Local Nature Recovery.

Over the same period, less than 1% of the agricultural budget will be spent on landscape recovery projects, equating to less than £50million over the next three years, with the rest funded from the separate fund Nature for Climate.

Mr Eustice writes: “We never wanted the future budget to be broken down into rigid European-style pillars, and we want funding to be driven by farmer demand. All the money that comes out of the BPS goes back into the sector.

The new programs will pay farmers to care for nature alongside profitable food production, he says, and support long-term farm food security and resilience.

Defra published full SFI guidelines on its website last week, and the scheme is open for applications from English farmers at the end of June. Soil health and regenerative farming techniques will be a focus, and farmers will be paid between £22/ha and £58/ha to protect soil.

Over the next several years, the SFI program will expand to cover IPM techniques, hedgerows and more.

“We won’t tell farmers what to do in detailed prescriptions, but we will support the choices they make,” Eustice writes.

Meanwhile, Defra plans to spend around £600m on agricultural innovation, productivity and prosperity over the next three years.

The NFU said it would “absolutely support” the vast majority of BPS money going to farmers to promote sustainable food production and environmental stewardship.

But the union said it was “misleading” to claim the value of ELM programs would match that of the old BPS (see “NFU reacts to budget commitment”).

The NFU welcomed Defra’s promise to maintain a well-funded agriculture budget, but warned that money must be redirected to the right areas.

The union continues to have “serious concerns” about the affordability and range of options offered under the Sustainable Agriculture Incentive (SFI), particularly for tenants and farmers in the highlands. lands.

“Along with a coalition of industry representatives, the NFU continues to urge Defra to adequately resource IFC with 65% of available funding, not the 30% currently earmarked, to ensure agriculture and food production can be at the forefront of British agriculture on the move. forward,” Mr. Exwood said.

HHS aims to protect communities on the ‘front lines of pollution’