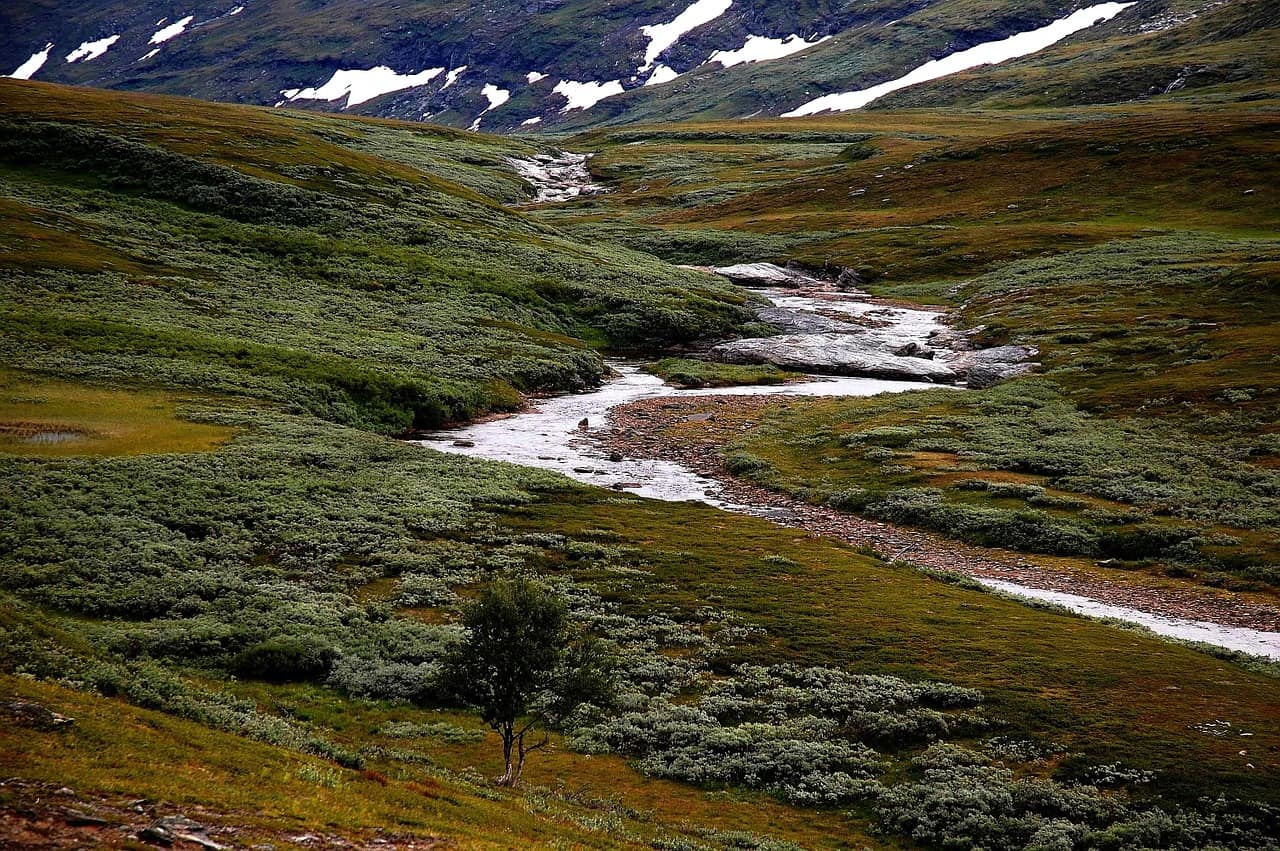 Research shows that methane emissions from an affected area are 10 times lower than from another site due to ecological changes.

Methane is a potent greenhouse gas and much of it is locked up in permafrost, that is, permanently frozen ground in arctic and subarctic tundra regions where sub-zero temperatures prevail throughout the world. ‘year. Warming temperatures are expected to melt these frozen soils, which will release large amounts of methane. This in turn will drive climate change even further.

That’s the bad news. The good news is that, according to new research by Swedish scientists, the amount of methane released by the thaw could be only a tenth of the amount previously predicted due to changes in hydrology, plant diversity and the composition of microorganisms in the soil once it has thawed.

A team of researchers from several institutions in the Scandinavian nation have measured the release of methane in two areas in northern Sweden: an area where permafrost disappeared in the 1980s and another where it did 10 to 15 years ago. later. Their goal was to see how a landscape adapts to the absence of permafrost over time and how the changes impact the release of methane from the ground.

“The results show that the first area to lose its permafrost now emits ten times less methane than the other locality. This is due to gradual changes in drainage and the spread of new plant species,” report the scientists, who published their findings in the journal Biology of global change.

The main reason for the significant reduction in the release of methane in the affected areas is that with the disappearance of the permafrost, the water previously stored in the ground on the surface begins to flow.

“Permafrost acts a bit like the bottom of a bathtub. When it melts, it’s as if the plug has been removed, allowing water to seep through the now thawed ground. Drainage allows new plant species to become established, plants better adapted to drier soil conditions. This is exactly what we see at these places in Sweden,” says Professor Bo Elberling, a scientist at the Center for Permafrost at the University of Copenhagen.

Another factor is the disappearance of grasses specially adapted to wetlands with sporadic permafrost. These plants have a straw-like system for transporting oxygen from their stems to their roots and the straws also act as a conduit for methane from the soil which makes its way to the surface and from there into the atmosphere, scientists say. .

However, when the water disappears from the soil, these grasses can no longer thrive and are therefore replaced by other plant species better adapted to dry soil conditions. “The combination of more oxygen in the soil and reduced methane transport means less methane is produced and the methane produced can be better converted to CO2 in the soil,” the scientists observe.

“As grasses are supplanted by new plants like dwarf shrubs, willows and birches, the transport mechanism disappears, allowing methane to escape rapidly through the soil and into the atmosphere,” Elberling adds.

Additionally, drier soil with new plants growing in it creates more favorable conditions for soil bacteria that help break down methane. “When the methane can no longer escape through the straws [of grasses]soil bacteria have more time to break it down and convert it to CO2,” says Elberling.

However, this does not mean that this excess CO2 is then released into the atmosphere and thus leads to climate change. But even if a large part of this CO2 escapes into the atmosphere, it is still preferable to the release of methane in large quantities. “Essentially, even if methane eventually becomes CO2, it is considered less critical in the context of climate change because methane is at least 25 more potent greenhouse gases than CO2,” the scientists note.

One unknown factor remains, namely the impact of climate change on rainfall in the affected areas. Although thawing permafrost helps drain water from the ground, increased rainfall or poor drainage in a given area can prevent it from drying out. If this happens, a lot of methane will be released from the ground.

“The balance between precipitation and evaporation will be crucial for the release and absorption of greenhouse gases. However, precipitation forecasting in the Arctic is full of uncertainties. In some areas we see an increase in rainfall, while in others things are drying out, especially in the summer,” says Elberling.

Scientists also warn that more research will be needed to determine how areas with similar permafrost in countries like Canada and Russia will be affected by thaw in the years and decades to come. That said, the new research should reshape our view of tundra methane emissions in the face of climate change, say the scientists involved.

“In its latest report on the future methane budget of the Arctic, the IPCC (Intergovernmental Panel on Climate Change) did not take into account the conditions that we highlighted in the study. Our study overturns the general perception that thawed permafrost must be consistently associated with increased levels of released methane,” Elberling points out.