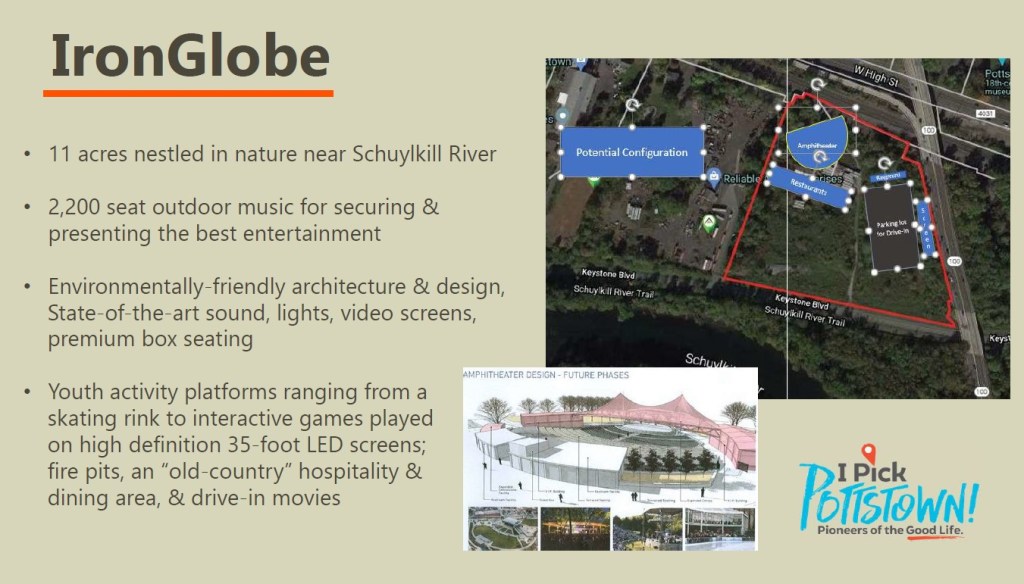 POTTSTOWN — Brownfields in Montgomery County will receive $1 million in funding from the Federal Environmental Protection Agency, it was announced Friday.

“The primary target area for additional funds is Pottstown,” according to a news release from the agency.

The money is part of $254.5 million in brownfield grants awarded to 256 communities nationwide. Pennsylvania’s share of that money is $7.3 million to be used at nine sites in eight communities. It was approved as part of the $1 trillion bipartisan infrastructure bill signed by President Joe Biden in 2021.

Of the bill’s total, $1.5 billion was intended to advance environmental justice, spur economic revitalization and create jobs by cleaning up brownfields, polluted or hazardous sites, the statement said.

A brownfield is a property whose expansion, redevelopment or reuse may be complicated by the presence or potential presence of a hazardous substance, pollutant or contaminant.

This latest round of funding can be used for cleanup of abandoned industrial sites, assessment of those sites, and community revitalization, according to information provided by the EPA.

“The funding provided to Pennsylvania communities is part of a dedicated national effort to turn contaminated and potentially hazardous sites into productive properties that provide new jobs and opportunities,” said EPA Mid-Atlantic Regional Administrator, Adam Ortiz, in the ad.

For example, the funds were used to remove asbestos tiles from the old Mercury building, which is being transformed from a newspaper office into a “boutique hotel”.

She explained that the Montgomery County Redevelopment Authority applied for the latest round of funding on Pottstown’s behalf.

“Pottstown has a long history of success with EPA funds,” according to Lee-Clark.

The funds “will be used for multiple projects as they arise. It can be used for environmental testing and cleaning. As the document indicates, depending on the project, this could take the form of a grant or a loan. We have used EPA money in the past for a variety of projects. It’s basically a reload of a money pot that we’ve been lucky enough to use in the past.

Other past projects include funding the creation of the Montgomery County Community College building’s “green parking lot” at Riverfront Park, as well as assessing “The Hess Lot,” the green triangle at the intersection of South Hanover Street and College Drive where a Hess gas station once stood, as well as Pollock Park, where heavy metal contamination was discovered, closing the park until it can be cleaned.

No specific Pottstown project has yet been identified, although further work on the Iron Globe is possible, as is work to clean up and reuse the long moribund Pottstown Plating site at South Washington Street and Industrial Highway, Lee-Clark mentioned.

The decision on which projects are funded rests with the county redevelopment authority board, she said.

“The Brownfields program advances President Biden’s Justice40 initiative, which aims to provide at least 40% of the benefits of certain government programs to disadvantaged communities. Approximately 86% of communities selected to receive funding under today’s announcement have proposed projects to revitalize historically underserved areas,” according to the announcement.

Started in 1995, the EPA estimates that 10.3 jobs are created for every $100,000 of EPA Brownfield Grant funds spent on assessment, cleanup, and cooperative agreements on revolving loan funds.

“Additionally, a peer-reviewed academic study found that the value of residential properties near brownfields increased by 5% to 15% as a result of cleanup activities,” according to the EPA. “Finally, by analyzing data from nearly 48 brownfields, the EPA found between $29 million and $97 million in additional tax revenue for local governments in a single year after the cleanup — two to seven times more than the 12, $4 million that the EPA contributed to clean up these brownfields.