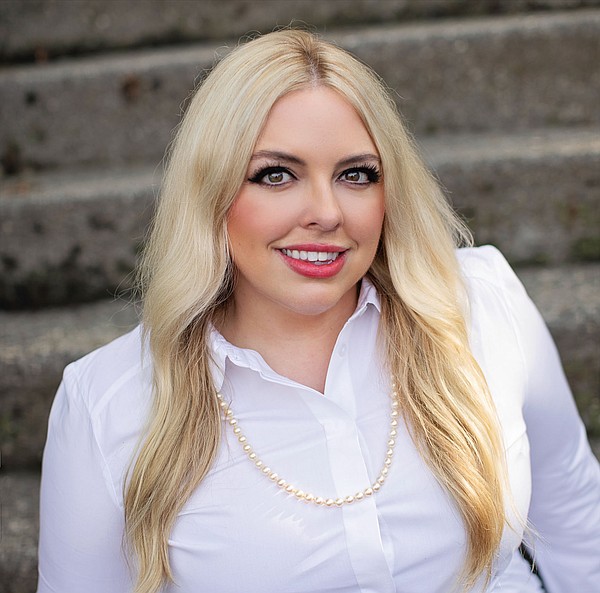 FORT SMITH — Voters will have the chance on Aug. 8 to choose candidates for No. 5 in the primary alone from three positions elected this year for the city’s board of directors.

Early voting takes place from Tuesday to Friday. Any run-off is majority-based and the election will take place on November 8.

The position of mayor is also up for election. Incumbent George McGill is running unopposed for his second term.

Each position is nonpartisan and serves a four-year term. The mayor receives $10,000 a year and city administrators earn $1,000 a year by attending each of the 24 council meetings, or $41.67 per meeting, according to city code. They are not paid for board meetings they do not attend. Both positions also receive $5,400 per year to reimburse vehicle expenses.

The general offices are elected by all the voters of the city to represent the whole city. Fort Smith also has four wards and city council representatives who represent only their wards.

Current board member Robyn Dawson, 58, is running against political newcomers Christina Catsavis, 37, and Carl Nevin, 67, for the No. 5 seat.

Dawson, director since 2019, works as director of the University of Arkansas-Fort Smith Education Renewal Area for the state.

Dawson said she is running for office because she wants to serve the community and because it is important to her that the council remain stable as several major projects are underway in the city. She said she had experience as a manager and managing government money, knowledge of ongoing projects and networking resources across the state.

Dawson said two of the city’s biggest projects are the Interstate 49 expansion and the Foreign Military Sales program, adding that it’s important the city provides infrastructure to accommodate the projected population growth. .

The new section of I-49 will be built in phases from Alma south to Chaffee Crossing in Barling and is expected to be four lanes and nearly 14 miles long and cost about $800 million, according to the I-49 Department of Transportation. Arkansas.

Ebbing Air National Guard Base at Fort Smith Regional Airport was chosen last year as the Air Force’s preferred location for a pilot training center for Singapore and other countries participating in the foreign military sales program.

Catsavis owns Smith Jewelry and Living. She said she wanted to be part of the excitement the town is experiencing and thinks she could bring a unique perspective to the council.

“I was raised here, so I’m really passionate about Fort Smith,” Catsavis said. “I think Fort Smith sometimes gets a bad rap. Living in northwest Arkansas, I have a little idea of ​​what outsiders think, but a lot of it isn’t true. I think the city has really worked hard to change that and show people what we have to offer here so that we can attract and retain business and really start to be an economic hub for the region.

Catsavis said the city’s biggest problem is getting well-paying jobs and keeping businesses. She thinks Fort Smith has a lot of amenities to offer, but the jobs are what will ultimately attract young people to settle and live there.

Nevin is a retired sheet metal worker. He said he has always been fascinated by politics and is running for the board so he can help residents.

“I honestly think that my strong points are above all that I am retired. I have time to go and check the problems during the day and to resolve them during the day. The various services close at 5 p.m., as far as I know, so city business is done before 5 p.m.,” he said, noting that the other candidates had full-time jobs.

Nevin said he would specifically like to address homelessness and affordable housing, but the bigger issue is the sewer consent decree.

The city entered into a consent decree in January 2015 with the U.S. Department of Justice, Environmental Protection Agency, and Arkansas Division of Environmental Quality. Under the executive order, Fort Smith agreed to repair and upgrade its sewage system after decades of sewage runoff into local waterways, including the Arkansas River.

The city has agreed to spend more than $200 million over the next 12 years to improve its sewage collection and treatment.

The original deadline for the decree was Jan. 2, 2027, but the city said it couldn’t afford to do all the work by that date. The city was granted a five-year extension until 2032.

‘All I know is that we need to support our water and sewer utility, Lance McAvoy, and give them whatever funding they need’ from sales tax renewal of 1 cent adopted on May 24, Nevin said.

Current board member Kevin Settle, 48, and newcomer A. Drew Smith, 31, are running for position 6 at large in November.

Political newcomer Jackson Goodwin, 25, is running against current board member Neal Martin, 46, for the No. 7 seat in the November election.

Education: Masters in Administration from the University of Arkansas

Political experience: Administrator in position 5 since 2019

Use: Owner of Smith Jewelry and Living

Education: Attended the University of Arkansas

Use: Plant Manager at Arkansas Poly and Printing

Education: Bachelor of Science in Chemical Engineering from the University of Arkansas

Political experience: At-Large Position 6 Director since 2006; ran unsuccessfully for the position in 2004

Use: IT Director of the Shared Services Center

Education: Bachelor of Business Administration from the University of Arkansas

Political experience: Director of position 7 in the broad sense since 2019; member of the constituency committee in Overland Park, Kansas, in 2003 and 2005