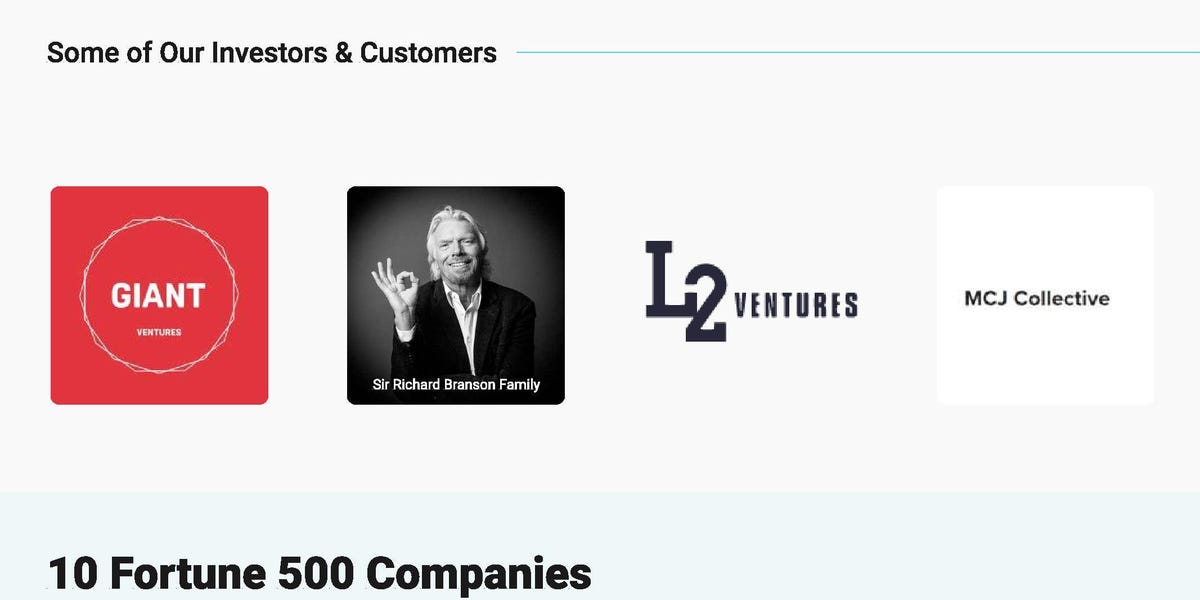 A startup backed by Leonardo DiCaprio and the Branson family that is working to solve the water crisis has just raised $7 million in fresh funding.

California-based Waterplan, which was part of Y Combinator’s summer 2021 intake, enables companies to measure the impact of their water use on the resource and the local environment. The company has developed a tool that uses artificial intelligence to analyze climate and water data, then recommends mitigation strategies to keep water safe.

José Ignacio Galindo, CEO and co-founder of Waterplan, said he got the idea for the startup after seeing the carbon accounting industry, where startups help companies track and reduce emissions, take off.

“I haven’t seen a lot of innovation in the water business,” he told Insider. “But water is the main medium of expression for the climate crisis.”

Ignacio Galindo teamed up with Nicolas Wertheimer – a doctor by trade who has spent his career studying waterborne diseases, access to water and sanitation – after meeting years earlier in as social entrepreneurs at the World Economic Forum.

The duo set out to build a carbon accounting equivalent for water, along with entrepreneur, Olivia Cesio, and former NASA water scientist, Jay Famiglietti. The platform enables businesses to assess and monitor their water supply, conserve water, and take proactive measures to avoid disruptions such as lack of water.

Wertheimer said rising global temperatures have a direct impact on the water cycle. The Waterplan co-founder said changes are happening in precipitation patterns and in water recharges, which refers to surface water going downhill to become groundwater. Groundwater is extracted for use for drinking water and in water-dependent industries such as agriculture.

“So you can see that droughts are becoming more frequent,” Wertheimer said. “The floods are also becoming more intense and frequent.”

Waterplan targets water-intensive businesses – agriculture, food and beverage, paper products and apparel manufacturing – as customers. He already has Coca-Cola, Colgate and McCain Foods on his list.

The startup aims to target the water-related financial risk market, which in 2020 was estimated by non-profit group CDP at $301 billion. Waterplan studies facilities that operate in water-stressed or water-risk areas and integrates consumption and abstraction data into its platform. The platform then uses modeling to estimate how much money is at risk with the company’s current consumption and gives recommendations for reducing water consumption.

Recommendations can range from reducing consumption to investing in efficient technologies or nature-based solutions such as planting mangroves, which act as a defense of coastal waters.

The platform monitors risks based on urgency. Most risk profiles are updated once a month.

“Water-related disasters continue to be a major result of the ongoing climate crisis,” said actor Leonardo DiCaprio. “Having a platform that helps predict and take action to prevent these events can be an invaluable tool in the fight. I am delighted to support the innovative work being done at Waterplan.”

The fresh money will be used to strengthen the company’s 22-person team and build platform capacity. The co-founders said their long-term goal is to change the way businesses think about water, moving from reactive to proactive management.

Check out the 13-slide deck the company used to raise the new funds.