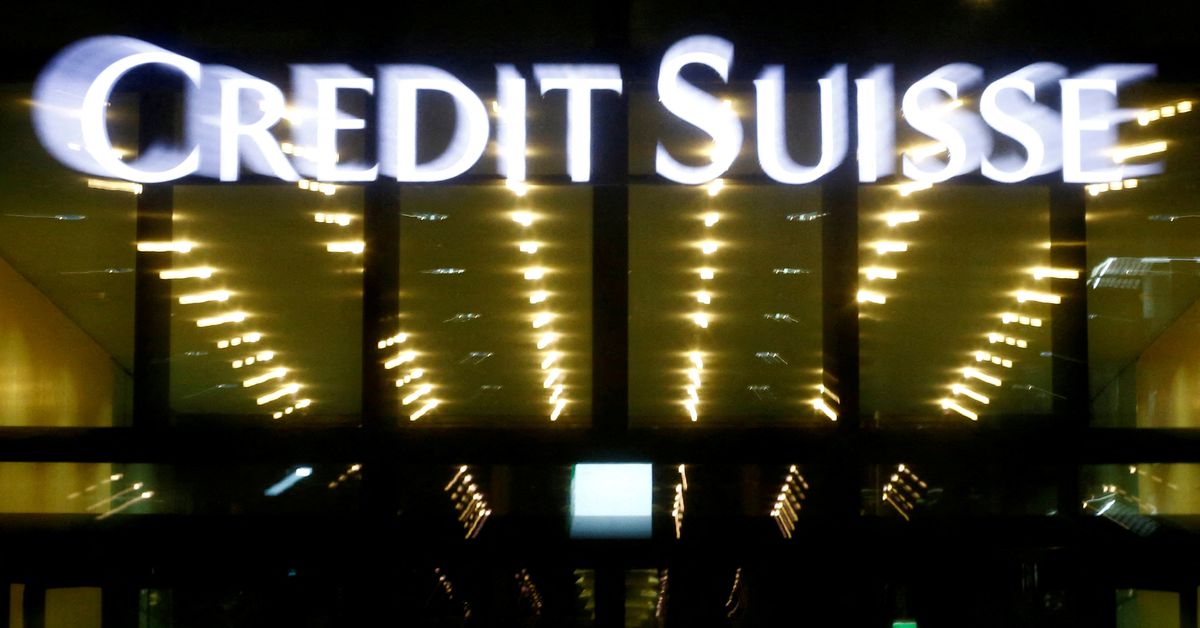 The logo of Swiss bank Credit Suisse is seen at an office building in Zurich, Switzerland February 21, 2022. REUTERS/Arnd Wiegmann

Credit Suisse (CSGN.S) on Thursday set new targets to nearly halve its exposure to financing oil, gas and coal emissions between 2020 and 2030.

Switzerland’s second-largest bank has reduced its exposure to the emissions it financed in the oil, gas and coal sector by 41% between 2020 and 2021, according to preliminary estimates in its sustainability report, while ‘She had some $2.6 billion in outstanding loans to those customers. .

The report marks the first time the bank has detailed its exposure to fossil fuel sector emissions financing, which it estimates at 21.9 million tonnes of CO2e for 2021.

Credit Suisse began adjusting its coal policies following pressure from environmental groups in late 2019, and in 2020 halted lending to companies that derive more than 25% of their revenue from coal mining. thermal or coal power.

These restrictions were further tightened at the end of 2021, when it decided to exclude any new customers generating more than 5% of revenues from coal activities or seeking to develop new coal projects.

But investors and climate activists have repeatedly called on the bank to do more, with investors managing $2.4 trillion this week calling on Credit Suisse to take tougher climate action, including cutting its exposure to fossil assets. Read more

The group, which includes Europe’s biggest asset manager Amundi (AMUN.PA) and a host of Swiss pension funds, said it plans to submit a resolution to Credit Suisse’s annual general meeting on April 29. .

In its sustainability report – released as the bank detailed a pay cut for executives in 2021 – Credit Suisse said it had reduced its potential exposure to coal mining companies by 39% to $640 million to the end of 2021, while reducing its potential exposure to loans to oil and gas companies by 25% compared to 2020 to reach $9.8 billion. Read more

This industry veteran thinks ESG funds are insufficient. So he turns to AI and carbon permits to fix them.