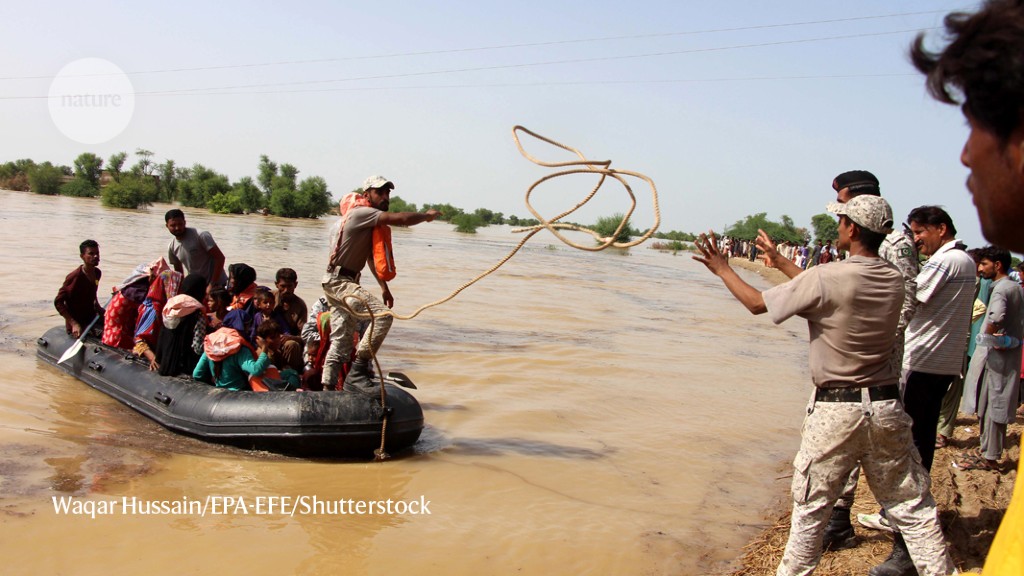 The next Conference of the Parties to the United Nations Framework Convention on Climate Change, COP27, is less than three months away. When world leaders gather in Sharm el-Sheikh, Egypt, it will be only the fifth time such an event has been held in Africa – a continent that is already experiencing some of the most severe climate impacts – in three decades of diplomacy. climatic. But dark clouds are gathering ahead of the meeting, which begins on November 6, and there is a risk it could end in a stalemate. Countries can and must act now to prevent this from happening.

COP26 in Glasgow, UK, ended last November with a historic pledge by the world’s wealthiest countries to provide low- and middle-income countries (LMICs) with $40 billion a year in “financing the adaptation,” starting in 2025. The funds are intended to help communities protect themselves against the impacts of climate change, such as loss of life and destruction of homes and farmland, as seen during devastating floods in Pakistan.

The feat of COP26 was hard won. Although it builds on an annual climate finance commitment of $100 billion made at COP15 in Copenhagen in 2009, most of that finance (around $83 billion a year) comes in the form of loans for mitigation projects aimed at avoiding the worst impacts of climate change. , for example by installing solar panels or wind farms to reduce the use of fossil fuels – projects from which backers can expect a return. In contrast, adaptation programs – strengthening flood defenses or providing cool sunlight-reflecting roofs for households, for example – are best done by the public sector. This is why adaptation finance should be provided in the form of grants. But grants are more difficult to finance than loans, which generate profits for lenders.

This is what made the COP26 commitment a precious victory for the PRITIs. However, LITI leaders traveling to Egypt expecting progress on the Glasgow Commitment may be disappointed. According to modeling by Clare Shakya and Jonathan Barnes, researchers at the International Institute for Environment and Development (IIED), a think tank in London, pledges made so far will bring the projected total to just 21.8. billion per year by 2025 (see go.nature.com/3pubitg), just over half of the $40 billion goal.

Separate analyzes by groups, including IIED (see go.nature.com/3kmsqba) and the Global Center on Adaptation (GCA), based in Rotterdam, the Netherlands (see go.nature.com/3duyfbq) , show that $40 billion is a small fraction of what communities need to adequately protect themselves from severe climate impacts. The sum required would include funding to cover damage that has already occurred as a result of climate change – known collectively as “loss and damage” funding.

Donor countries are expected to report on progress in fulfilling their pledges. Their funding estimates, compiled according to rules set by the wealthy world’s Paris-based Organization for Economic Co-operation and Development (OECD), are likely to be higher than IIED’s modeling suggests. Shakya, who is IIED’s director for climate research, says that’s because the institute’s analysis looks at new pledges and limits its focus to funds specifically for climate adaptation. Donors, on the other hand, tend to use a broader definition that includes money already committed and funding for development projects – such as school buildings or drinking water infrastructure – that include a climate protection component. but do not primarily concern the climate.

The OECD approach has also been challenged by researchers and by LMIC governments. In 2015, researchers at India’s Ministry of Finance calculated figures that were much lower than donor figures, for reasons similar to those behind the gap in adaptation finance estimates (see go.nature.com /3rx5unp). According to the latest OECD data, released in July (see go.nature.com/3dzylqy), climate finance from high-income countries to LMICs has increased from $58 billion in 2016 to $83 billion in 2020 .figures from donor countries. “Trust is wearing thin,” said Shakya Nature. Next week, the GCA, in collaboration with the African Union, the African Development Bank and the International Monetary Fund, will organize an adaptation meeting in Rotterdam to explore, among other things, how to break the impasse.

As researchers – including Tracy Carty, senior policy adviser at international aid charity Oxfam and environmental scientist Romain Weikmans at the Free University of Brussels – have pointed out (R. Weikmans et al. Nature 588, 220; 2020), an important step is to agree on a definition of adaptation finance that all parties can agree to. Such a process must be supervised by a trusted third party. This, unfortunately, must exclude the OECD, on the grounds that it represents the donor nations. This is not a criticism of the OECD Secretariat, nor of its researchers, who do their best within the limits set by the governments of high-income countries. Instead, the third party could be a branch of the UN, such as the Statistics Division, or an academic research network, or a combination of both. Basically, it should be an entity in which everyone has a voice when methodological decisions are made.

COPs are mostly hectic affairs, with successes and failures hanging on decisions at the 11th hour and at knifepoint. COP27 will be no different. But it makes no sense to leave discussions on adaptation finance until the start of the meeting. Countries can and should make these discussions a priority now, confident that researchers are ready to play their part.