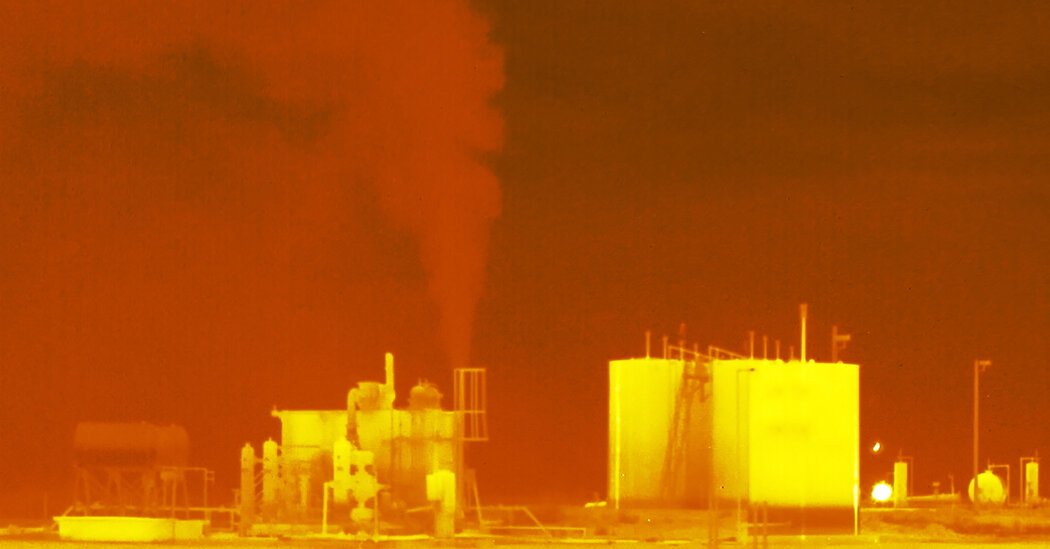 In a broad agreement to protect the world’s forests, which are crucial for absorbing carbon dioxide and slowing the increase in global warming, leaders from more than 100 countries meeting in Glasgow on Tuesday pledged to end deforestation in Glasgow on Tuesday. ‘by 2030.

President Biden said the United States will contribute billions to the global effort to protect the ecosystems that are vital to cleaning the air we breathe and the water we drink, and to maintain the Earth’s climatic balance. .

The pact – which also includes countries like Brazil, Russia and China – encompasses about 85 percent of the world’s forests, officials said. It is one of the first major agreements to emerge from the United Nations climate summit known as COP26, which is seen as a pivotal moment in efforts to tackle climate change.

“These great teeming ecosystems – these cathedrals of nature,” British Prime Minister Boris Johnson said in announcing the agreement, “are the lungs of our planet”.

President Biden has said he will work with Congress to deploy up to $ 9 billion in the global effort through 2030. In addition, governments have committed $ 12 billion through 2025 and private companies pledged $ 7 billion to protect and restore forests in a variety of ways, including $ 1.7 billion. for indigenous peoples. More than 30 financial institutions have also pledged to stop investing in companies responsible for deforestation.

It was not the first time that world leaders announced a grand deal to address this critical issue.

In 2014, an agreement was reached to halve deforestation by 2020 and end it entirely by 2030. But five years after the commitment, according to one estimate, the area of â€‹â€‹forest destroyed each year had dramatically worsened. .

Some environmentalists have predicted the same will happen this time around.

â€œIt allows for another decade of forest destruction and is not binding,â€ said Carolina Pasquali, executive director of Greenpeace Brazil. â€œMeanwhile, the Amazon is already on the brink and cannot survive years of deforestation. “

Supporters of the new pledge note that it increases the number of countries and includes specific measures to save forests.

â€œWhat we’re doing here is trying to change the economy on the ground so that forests are worth more alive than dead,â€ said Eron Bloomgarden, whose group, Emergent, helps match public and private investors. with forest countries and provinces seeking to receive payments. to reduce deforestation.

This new commitment comes in a context of growing awareness of the role of nature in the fight against the climate crisis. Unspoiled forests and peatlands are natural reservoirs of carbon, keeping it isolated from the atmosphere. But when these areas are exploited, burned or drained, ecosystems switch to the release of greenhouse gases.

If tropical deforestation were a country, it would be the world’s third-largest emitter of greenhouse gases, according to the World Resources Institute, after China and the United States. Much of the world’s deforestation is due to basic agriculture, with people cutting down trees to make room for livestock, soybeans, cocoa and palm oil.

In a touching speech at the summit Tuesday, Gabon’s President Ali Bongo said other leaders failed to see how the world is undervaluing Africa’s critical ecosystems.

Gabon is one of the few countries to absorb more carbon than it emits, with a forest spanning most of the country.

“It is my hope,” said Mr Bongo, “that Glasgow will mark a turning point.”

What has the SLV Ecosytem Council done to protect your public lands in 2021? – A lot !