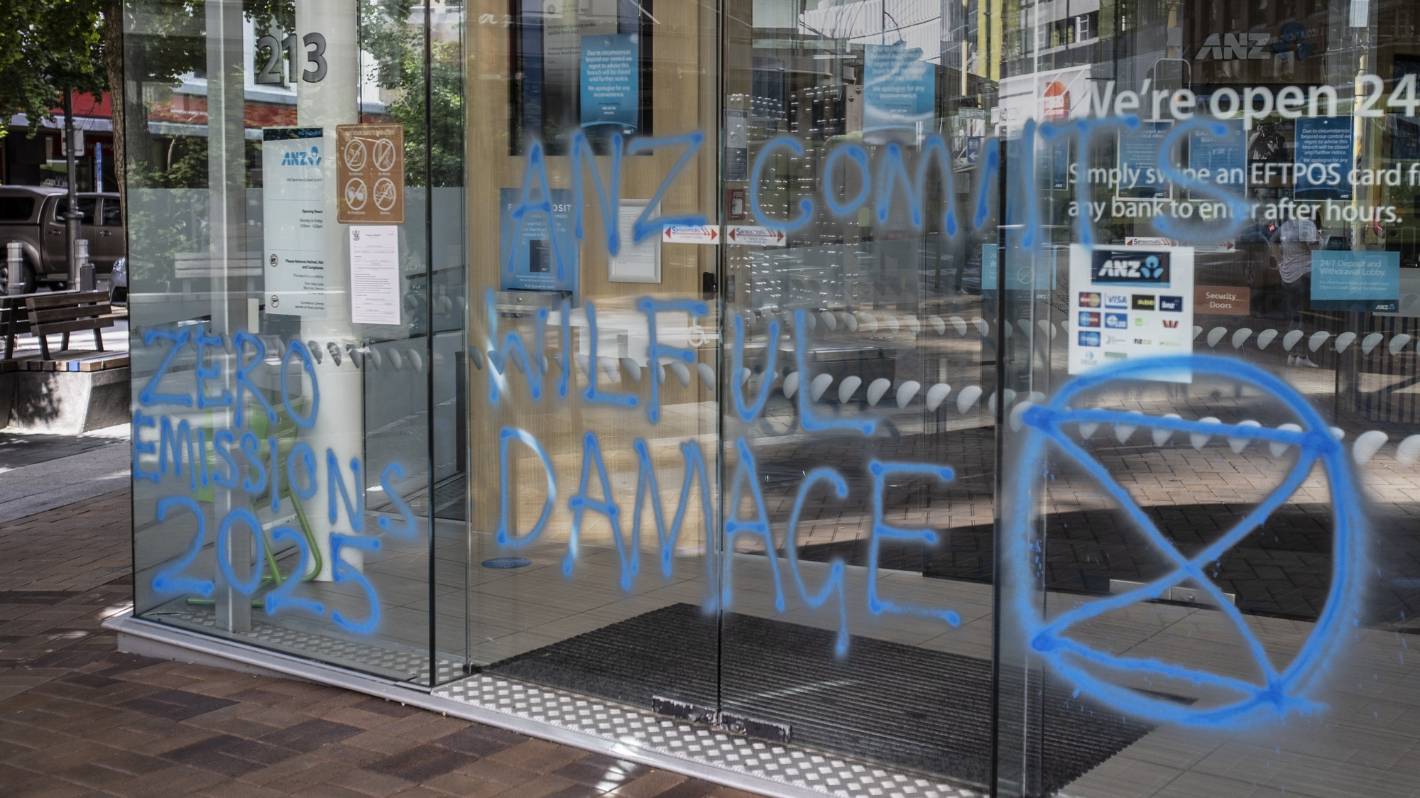 Extinction Rebellion graffiti on ANZ bank in Lambton Quay briefly closed the bank while it was being cleaned up.

A protest group said the degradation of an international bank’s assets was a response to the institution’s alleged contribution to global climate damage.

They also pasted false indictment statements on the windows, alleging “intentional damage” in response to three members of their own organization who face charges in New Zealand courts for their earlier protest actions.

ANZ Bank said its central Wellington branch was closed “for a short period” on Friday to clean up graffiti.

ANZ branches were also targeted in Rotorua, Christchurch and Nelson.

Four people were charged with intentional damage to Nelson, including Field and his co-protesters.

The protest action was intended to coincide with the court appearance of their colleagues in Auckland which was scheduled for Friday. Three Extinction Rebellion protesters were charged with intentional damage related to the breakdown of Auckland branches on October 23. They will now appear in court on January 7.

The climate change-focused protest group said its actions were aimed at drawing attention to ANZ’s investment in fossil fuel-related businesses and the lack of investment in green alternatives.

The group alleged that ANZ had loaned $ 15.2 billion to the regional and global fossil fuel industry over five years, with renewables receiving less than a fifth of that investment.

ANZ spokeswoman Briar McCormack said ANZ New Zealand has strong environmental credentials and policies and challenged some of the points of Extinction Rebellion.

â€œLending to the fossil fuel sector only represents 0.18% of our total loans and that number is declining.

â€œOur loans to the renewable energy sector are almost four times greater. We do not fund fossil fuel exploration.

“We agree with COP26 that stopping global warming and reducing net carbon emissions to zero requires funding for the transition.”