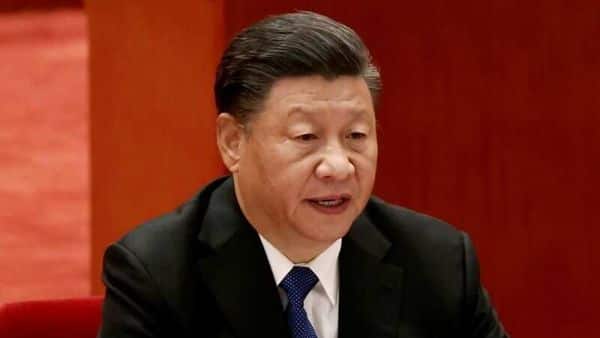 Bank of America Corp. and Citigroup Inc. are among those sounding the warning that the expansion will be less this year than the 8.2% forecast by the consensus of economists. The crisis could last until next year, forcing growth below 5%, they warn. Outside of 2020’s 2.3%, that would be the lowest in three decades.

Bank of America strategists believe Xi may even adopt a restructuring of the economy once every two decades, similar to Deng Xiaoping’s modernizations in the late 1970s and the overhaul of state-owned enterprises and finance. by Zhu Rongji in the 1990s.

“If so, the flow of data from China could confuse even pessimists, and we are on our guard for this unfolding scenario,” the strategists, led by Ajay Kapur, told clients in a report. last week, in which they forecast 7.7% growth. this year and 4% in 2022.

Beijing is determined to change its economic model from its boom years, during which the country got into debt and propelled itself to become the second largest economy.

Data released last week already showed growth slowing sharply to 4.9% in the third quarter from 7.9% in the previous quarter, with more pain likely to come as power shortages persist.

Even before the pandemic hit, China surprised economists with slower-than-expected growth caused by Beijing’s determination to mitigate debt risks, which meant it was avoiding sweeping stimulus measures even as the the US-China trade war threatened to spread.

After modest easing to cushion the worst effects of the coronavirus, its debt control policy resumed, with real estate companies like China Evergrande Group feeling the biggest impact.

Xi has also sought to reshape the consumer tech, tutoring and real estate sectors, with officials saying they represent a waste of the country’s limited resources. Officials have mostly embraced the resulting slowdown.

Chinese Premier Li Keqiang announced in March a growth target “above 6%” for the year. While analysts saw this as a signal that Beijing was prioritizing other policy goals such as financial stability and environmental protection over economic growth, most at the time saw the target as extremely conservative.

But Beijing has signaled in recent weeks that it may ease some policies, telling banks to step up the pace of mortgage lending even as it reiterates its vows not to use the real estate sector as a short-term stimulus.

Any policy easing over the next few months will be aimed at “preventing disasters” rather than supporting growth, Hofman said.

â€œAs long as the growth is above 6%, I think China would feel relatively happy,â€ he added.

People’s Bank of China Governor Yi Gang recently said he expects an expansion of around 8% this year, and to achieve that, the economy would need to grow only 3.9%. % in the current quarter, as calculated by Bloomberg Economics.

China’s slowdown comes as the global recovery from Covid-19 threatens to run out of steam.

Commodity exporters like Australia, South Africa and Brazil are among those threatened by declining investment in China. Slower trade could also affect countries like Malaysia, Singapore and Thailand. The impact could be felt further, according to Tuuli McCully, head of Asia-Pacific economics at Singapore-based Scotiabank.

â€œCountries like Chile and Peru are shipping significant amounts of commodities to China and will feel the impact of lower real estate investment activity and other fixed assets in China,â€ she said. .

The fallout in financial markets could be more contained as the 18% correction from the peak to trough of China’s CSI 300 this year has not triggered global contagion, said Alvin Tan, chief strategy officer. exchange for Asia at the Royal Bank of Canada in Hong Kong. One of the possible benefits of cooling the Chinese economy is that it could ease global inflationary pressures, Tan said.

â€œNonetheless, the net impact is decidedly negative for a world still recovering from the pandemic,â€ Tan said.

For now, even the most pessimistic economists are expecting growth above 7.5% this year, a relatively rapid rate for an economy the size of China. Beijing has set a target of doubling gross domestic product from 2020 levels by 2035, implying annual growth of around 5%. This can prove to be a floor for policy makers.

China could see its real estate investment fall 10% in the first half of next year and reach 5% annual growth as its credit cycle nears its low and fiscal policy could accelerate ahead of a crucial congress of the Communist Party in the fall, said Bo Zhuang, Chinese economist at Loomis Sayles Investments Asia.

He predicts that Beijing could set a growth target of around 5.5% for next year.

Nonetheless, the recent weakness, combined with concerns about Evergrande, makes analysts question whether they remain overly bullish on the near-term outlook.

Bank of America strategists have described a “bearish scenario” involving a disorderly adjustment of the housing market in which house prices fall by 10%, reducing sales and dissuading banks from lending to the sector. In this scenario, growth could reach as low as 7.5%. this year and 2.2% in 2022.

The other risk is that Chinese policymakers may find it difficult to return to growth mode if they deem it necessary. Citigroup economists led by Xiangrong Yu noted that power shortages that hamper industrial production will make it harder to dampen growth by boosting investment in infrastructure. This type of policy might only work next year once the power crisis subsides, they said.

Local governments are also struggling to find viable projects to invest in, while tight financing from real estate developers has slowed their land purchases, threatening to undermine a $ 1 trillion source of revenue for local governments.

“Real estate and energy issues will continue to affect growth in the fourth quarter,” said Houze Song, a Chinese economics researcher at the US think tank Paulson Institute. It “seems likely that annual growth will end below 8%”.

* Thank you for subscribing to our newsletter.

The 1% conference on climate change while making it worse

Big banks haven’t given up on fossil fuels, with $ 4 trillion from Paris