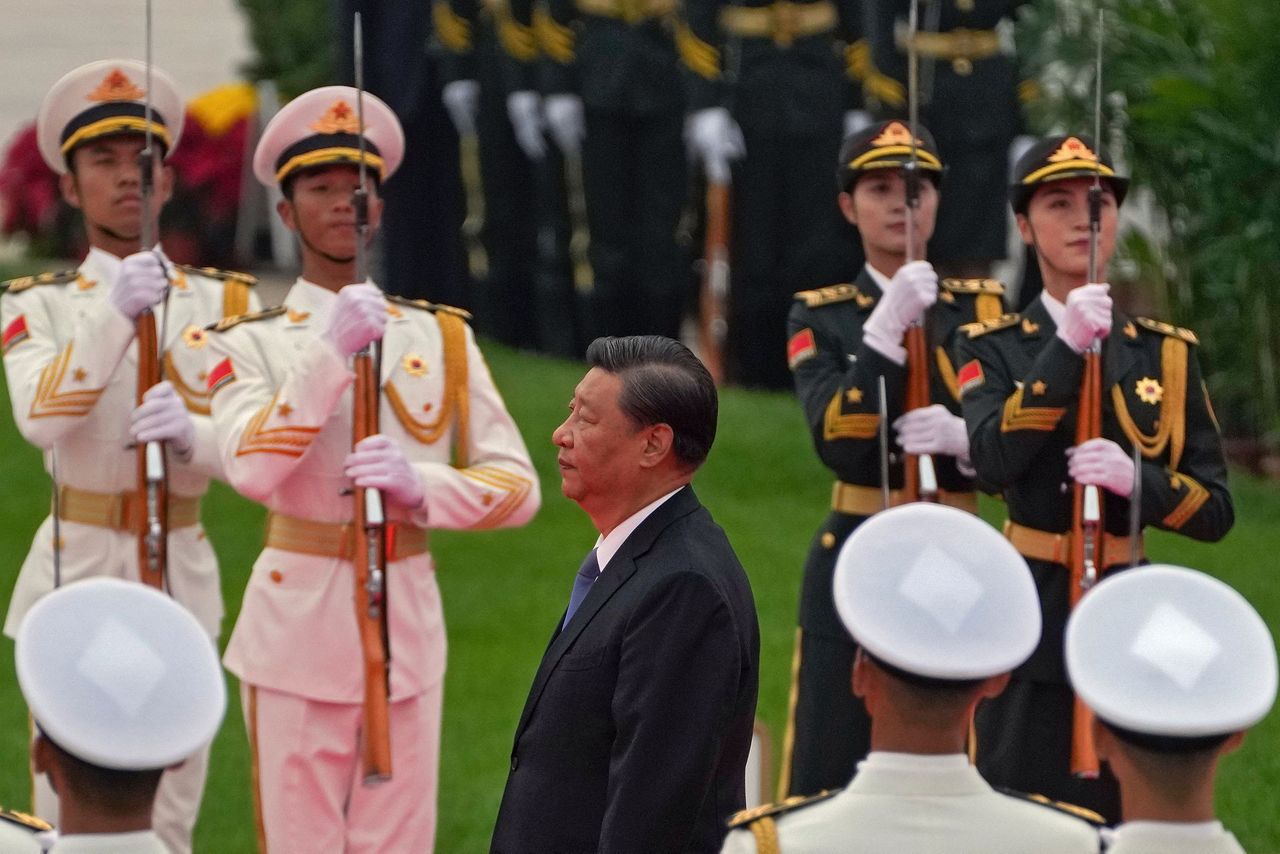 BEIJING (AP) – The ruling Communist Party is strengthening political control over China’s internet giants and exploiting their wealth to pay for its ambitions to reduce reliance on US and European technology.

Anti-monopoly and data security measures that began in late 2020 have rocked the industry, which thrived for two decades with little regulation. Investor nervousness has reduced the total market value of e-commerce platform Alibaba, gaming and social media operator Tencent, and other tech giants by more than $ 1.3 trillion.

The party says the fight against monopolies will be a priority until 2025. It says competition will help create jobs and raise living standards.

President Xi Jinping’s government seems likely to stay the course even if economic growth suffers, say businessmen, lawyers and economists. â€œThese companies are global leaders in their innovation sectors, yet the leadership is ready to crush them all,â€ said Mark Williams, chief economist for Asia at Capital Economics.

The crackdown reflects Xi’s public focus on reviving the party’s “original mission” to lead economic and social development, said Steve Tsang, a Chinese policy scholar at the School of Oriental and African Studies in London. He said it could also help Xi politically if, as expected, he runs for a third five-year term as party leader.

“What worries them are the companies getting too big and too independent from the party,” Ross said.

Chinese internet companies and their billionaire founders, including Jack Ma of Alibaba Group and Pony Ma of Tencent Holdings, are among the biggest global success stories of the past two decades. Alibaba is the largest e-commerce company, while Tencent operates the popular WeChat messaging service.

But party plans focus on robots, chips, and other hardware, so these companies are rushing to show their loyalty by pumping billions of dollars into them.

The ruling party’s campaign is prompting warnings that the world could decouple or divide into separate markets with incompatible technology. Products from China would not work in the United States or Europe, and vice versa. Innovation and efficiency would suffer.

US restrictions on Chinese access to telecommunications and other technologies have not helped.

Alibaba has announced that it will invest $ 28 billion to develop operating system software, processor chips and network technology. The company has pledged $ 1 billion to support 100,000 developers and tech startups over the next three years.

Chinese officials recognize that the campaign comes at an economic cost but are unwilling to speak out, Tsang said. “Who is going to stand up and tell Xi Jinping, your policies are going to hurt China?”

Investors, many of whom are burned by the decline in tech stocks, are keeping their money on the sidelines. Tencent’s market cap of $ 575 billion is down $ 350 billion from its February high, a drop equal to more than the total value of Nike Inc. or Pfizer Inc.

CEO Masayoshi Son of Japan’s Softbank Group – one of Alibaba’s earliest investors – said on Aug. 11 that he would postpone the new deals with China. Softbank has invested $ 11 billion in ride-sharing service Didi Global, whose share price has fallen by a third since its U.S. stock market debut on July 30.

The crackdown began in November when Beijing ordered Ant Group, part of Alibaba’s online payment service Alipay, to postpone its stock exchange debuts in Hong Kong and Shanghai. The company, which offers online savings and investing services, has been urged to scale back its plans and install bank-like systems to control borrowers and manage loan risks. Industry analysts have lowered forecasts of Ant’s expected market value.

Meanwhile, Xi’s government is tightening control over data collected by private companies over the public, especially Alibaba and Tencent, which have hundreds of millions of users. Chinese leaders see information about its 1.4 billion people as a tool for better understanding the public and the economy – and a potential security risk in private hands.

A law that goes into effect Nov. 1 sets security standards, prohibits companies from disclosing information without customer permission, and tells them to limit the amount they collect. Unlike data protection laws in Western countries, Chinese rules say nothing about limiting government or ruling party access to personal information.

Beijing is also accused of using its public data store in a crackdown on Uyghurs and other predominantly Muslim minorities in China’s northwest Xinjiang region.

“Very lax” until a few months ago, China has become “one of the most active and energetic jurisdictions in regulating the digital economy,” wrote Angela Zhang, anti-monopoly expert at the Law School of the University of Hong Kong, in an article. this month.

In April, Alibaba was fined 18.3 billion yuan ($ 2.8 billion) for offenses that included banning vendors who wanted to use its platforms from doing business with Alibaba’s competitors.

Beijing is also using the crackdown to narrow China’s politically sensitive wealth gap by pushing tech giants to share their wealth with employees and consumers.

Didi, Meituan and other delivery and ride-sharing companies were ordered in May to reduce the fees charged to drivers and improve their benefits and safety. Meituan CEO Wang Xing has pledged to donate $ 2.3 billion to environmental and social initiatives. Tencent’s Ma pledged $ 2 billion to charity.

Such income redistribution plans â€œare reminiscent of mass mobilization and populist strategiesâ€ of the 1950s and 1960s under then-leader Mao Zedong, Zhang wrote.

Copyright 2021 The Associated Press. All rights reserved. This material may not be published, broadcast, rewritten or redistributed without permission.