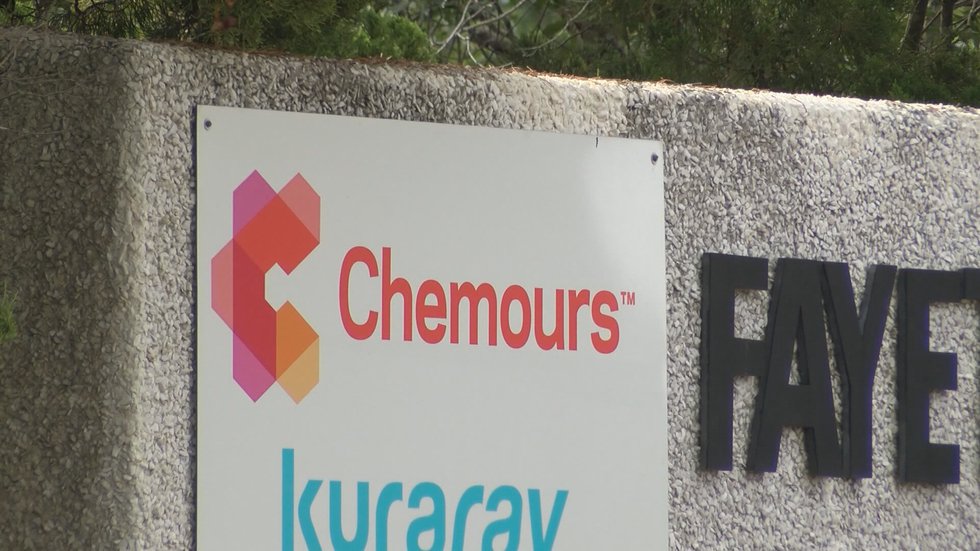 Chemours says GenX is needed in the fight against climate change

WILMINGTON, NC (WECT) — Lawyers for troubled chemical company Chemours are opposing a toxicity assessment of GenX chemicals released last fall by the Environmental Protection Agency. The company says EPA science is “flawed,” that GenX is used to make products that help the environment, and that GenX is essential to modern manufacturing.

These claims are part of a 124-page “GenX Chemical Toxicity Rating Correction Request” filed with the EPA in March by Arnold & Potter, attorneys for Chemours. Advocates say the EPA’s assessment “greatly overstates the potential human risks” associated with GenX, based on experiments in rodent livers that “are not relevant to humans.”

Additionally, Chemours says his company’s fluoropolymers, which GenX is used to produce, are “essential to countless industries.” They note that they are “used in every car, plane, and cell phone” as well as in medical equipment such as catheters, saline bags, and filtration devices that deliver oxygen to newborns.

“We support science-based regulation that protects public health and the environment, and we are committed to manufacturing our advanced chemicals responsibly, including working to meet our ambitious corporate responsibility goals. We have submitted a request for correction to the EPA regarding its toxicity assessment for [GenX] – a compound we use in our manufacturing processes to make high-performance fluoropolymers – because the evaluation was inconsistent with the best available science and contrary to the EPA’s own scientific standards. We share this administration’s commitment to scientific integrity and will continue to work with the EPA to ensure errors in this assessment are addressed and corrected,” a Chemours spokesperson said in a written statement. at the WECT.

Critics of Chemours balked at the company’s demand for correction, including Rob Bilott, an environmental lawyer who sued Chemours’ parent company, DuPont, in 1999. As a result of his work, which has inspired the feature film Dark Waters, DuPont was ultimately held responsible for poisoning a community in West Virginia with PFAS or “forever chemicals” made in their factory. The EPA has fined DuPont more than $10 million for misleading regulators and the public about the negative health effects of these chemicals.

“It’s the same kind of arguments we’ve been hearing for several decades now… It’s just remarkable how the spin continues, trying to implicate these chemicals with products that will resonate with consumers” , Bilott told The Intercept in reaction. at Chemours’ request for correction. “They’re trying to create fear that by actually regulating these chemicals that pose a threat to public health, you’re going to force people to make choices about these products.”

Sharon Lerner is an investigative reporter for The Intercept who has covered GenX since 2015. This was the same year that DuPont phased out the use of PFOA (also known as C8) and created its spin-off company , Chemours, to manufacture the PFOA replacement, GenX.

“Remember that they are phasing out PFOA because it causes cancer and other health issues. And they know that from animal data, and later human data. But what I found when I started researching Gen X in 2015, 2016 really, was that they had submitted a number of studies, over a dozen studies to the EPA, which showed that the GenX replacement caused the same constellation of health problems in laboratory animals, including cancer. So this information was submitted by DuPont to the EPA, the EPA had it and they nevertheless entered into a consent order with the company allowing them to manufacture and issue it in North Carolina,” said Lerner.

During his reporting, Lerner said it was “an eye opener” to see DuPont’s power. She said she learned that several DuPont executives had previously worked at the highest levels of the EPA and were still in direct contact with people working for the government. Lerner said DuPont executives were able to guide the wording of the GenX transition press release and other key consent order details by using their influence.

“When you think of a regulator discovering that there is a chemical in drinking water that causes cancer, you would expect them to ban it. Well, clearly they still haven’t banned it, right? And the initial discovery in West Virginia dates back to around 1999, 2000. They’ve had information about it for over 20 years. [It’s] still not banned. So part of that has to do with the strength of the company, on the right, and its powerful ties to the regulator. And the other part, I would say, has to do with the agency itself, and how difficult it is to regulate under the best of circumstances…the EPA, it’s a big, heavy agency, and it is afraid of legal action,” Lerner explained his theory on why these toxic chemicals are still in production.

Lerner said Chemours’ current strategy of attacking the science behind the EPA’s toxicity rating, claiming that GenX is essential to modern manufacturing, and even helping the environment by reducing our dependence on fossil fuels , is straight out of the chemical manufacturers playbook.

“I can tell you, having reported on a lot of different chemicals, including these two, it’s not unusual, unfortunately. This request for correction and this type of assessment approach toxicity which will cost [Chemours] money. So what they’re doing, basically, is throwing a lot of arguments and saying, you know…one, your science is flawed. Second, we absolutely need it to fight climate change. Third, [we need them to manufacture] cellphones… This is something companies do, unfortunately. And that’s kind of a proven way to delay regulation,” Lerner said.

She added that the potential economic impacts of restricting GenX should not impact the toxicity assessment. Either it’s toxic or it’s not. The challenge now is how to reduce or move away from these highly used but toxic chemicals.

“If these are widely used now, well, that’s not a sustainable approach to environmental health,” Lerner concluded. “What I discovered in my research is that there are already patents for non-fluorinated alternatives to the production of these chemicals. And the experts I spoke with assured me that there is certainly possible to make these things without these chemicals. I think it may take, in some cases, a while to phase out. But what I was hearing was even in these essential uses we’re talking about five 10 years is what it should take, at the most.