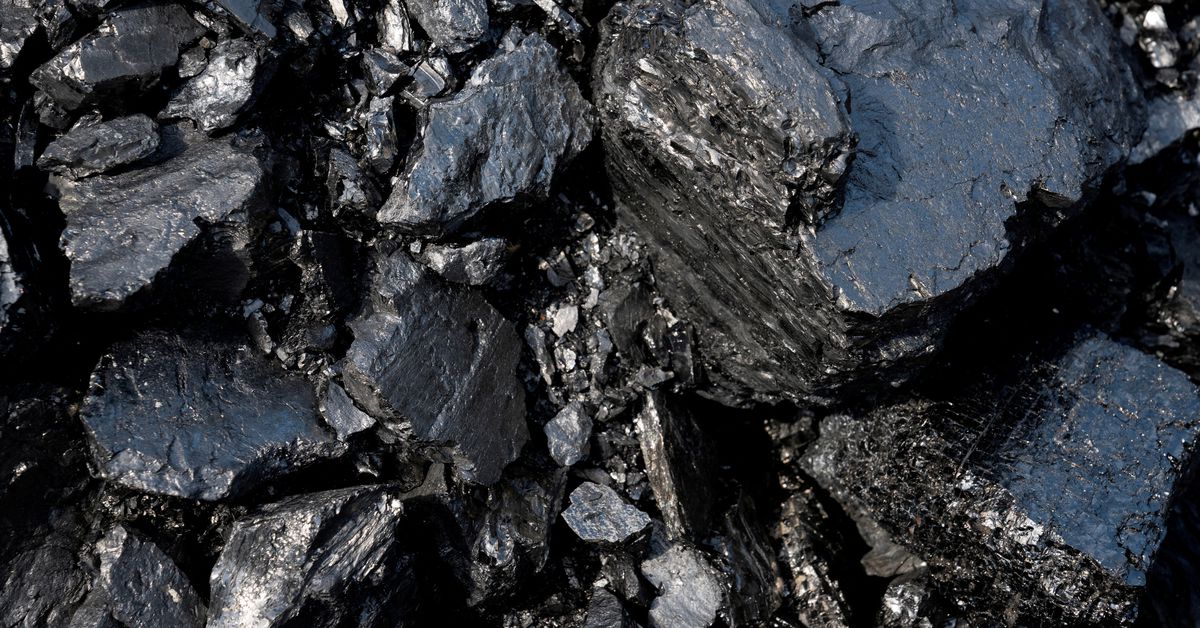 LONDON, Nov 24 (Reuters) – This is the best of times, this is the worst of times. At least when it comes to coal mining.

After years of decline, demand for polluting fossil fuels has surged this year as Europe scrambles to replace Russian gas and coal miners rake in cash.

With coal prices hitting record highs, companies would normally expand operations, but projects are being left on the table as most Western banks meet climate pledges to restrict lending to the sector, say a dozen executives and investors of mining companies.

Demand for fossil fuel is so high that some miners say they sell coking coal used by steel mills to power companies instead. Lower-value thermal coal used in power plants traded above coking coal for the first time ever in June.

“It’s a crazy situation,” Ziems of Coronado said, comparing it to trading silver at a higher price than gold.

But with Western banks under pressure from shareholders to show they are taking action on climate change, coal executives say they must seek alternative financing to take advantage of the favorable backdrop, via public markets, pre-sale financing, trading houses, private equity firms and investment funds.

For some, it’s even just a matter of finding a lender for basic financial services.

Lloyds said in February it would stop funding miners who generate more than 5% of their revenue from thermal coal by the end of this year, and would no longer provide general purpose banking services to new customers in the coking coal.

It took Bens Creek executives months and dozens of rejections before they managed to open a bank account at the State Bank of India. (SBI.NS) branch in Britain, chief executive Adam Wilson told Reuters.

“Nobody had these problems five years ago,” he said.

“We are exploring all options at this stage, but commercial banking is not necessarily available,” Minergy chief executive Morne du Plessis said.

The company is now seeking to reduce its debt and finance its plan to double its annual mining capacity to around 3 million tonnes by selling additional shares, as well as listing on the London Stock Exchange next year.

Du Plessis said Minergy has struggled to get simple banking services, such as overdrafts or loans to buy vehicles. “Because we’re in coal, because we’re a start-up, they wouldn’t even consider that,” he said.

Despite pressure on Western lenders, global investment in coal supply is expected to rise by around 10% this year to $116 billion, led by China, the International Energy Agency said.

Mainly thanks to China, investment in coal this year is expected to be in line with that of 2015, when governments signed the Paris climate accord which aims to keep global warming well below 2 degrees Celsius by compared to pre-industrial levels.

Analysts say, however, that China consumes most of the coal it extracts, so the increase in production in the country is unlikely to have a big impact on the amount of coal traded on the world market. – or its current high price.

With financing hard to come by from Western banks, coal miners outside China have turned more to stock markets this year.

But analysts said fundraising has not been enough to offset the billions of dollars in Western bank loans that have disappeared over the past two years.

The largest Western lender to coal miners in 2020 was Deutsche Bank (DBKGn.DE) with $538 million followed by Citi on $300 million. By 2021, that amount had fallen to $255 million for Deutsche and $218 million for Citi, according to data compiled by Reclaim Finance.

“When it comes to thermal coal mining, any transaction in coal mining requires careful consideration of environmental risks,” a Deutsche spokesperson said, adding that the bank was updating its coal policy. .

Now, companies that rely on coal for more than 50% of their revenue must show credible diversification plans to secure funding from Deutsche. Companies without such plans will be phased out of the bank’s portfolio by 2025, the spokesperson said.

Minergy’s Du Plessis said since the coal price spike, there have been more conversations about potential sources of liquidity, from equity investors to debt refinancing proposals to trade finance.

“There is an opening to discuss it because coal is now a buzzword, so the conversation is easier. Has anything materialized? No, it hasn’t,” a- he declared.

The company is expected to double production to around 1 million tonnes next year, although Wilson does not expect current high prices to do much to boost global coal production as the development of new mines and the infrastructure they require, such as railways, is unlikely given the long-term uncertainty. long-term outlook for coal.

Some investors who buy shares in coal company fundraisings and listings agree that long-term plans are a thing of the past for miners, but they say the short-term returns are attractive.

“But over the last two years they’ve realized that the best way for them to create shareholder value is to return the money instead of to grow, because that’s a much better and less use of capital. risky,” he said.

Barrett and his business partner Robert Felice launched the Iris TIME fund in October, backed by wealthy families, to focus on outdated sectors with attractive cash flows, such as coal.

Big dividends and stock buyback programs in the industry mean that in some cases you could recoup your entire capital investment in about two years, Barrett said.

“Most of these guys are generating cash and they’re trying to reduce their reliance on banks because they’ve seen how quickly banks are moving into the industry.”