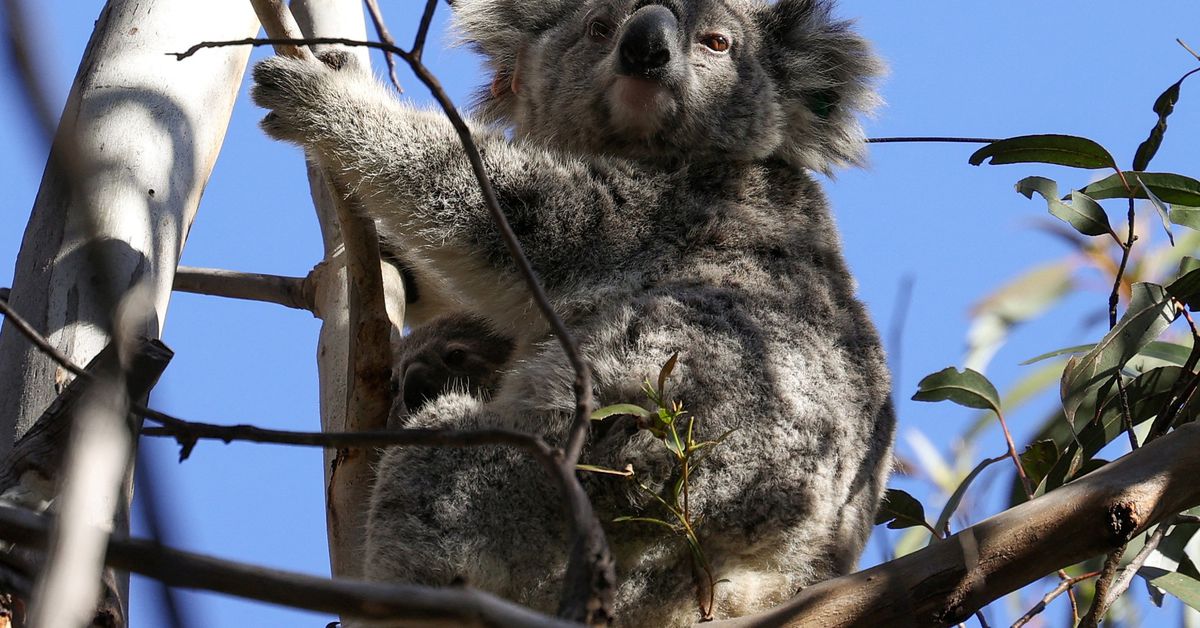 A mother koala named Kali and her joey are seen in their natural habitat in a bushfire affected area in the Greater Blue Mountains World Heritage Area near Jenolan, Australia September 14, 2020. REUTERS/Loren Elliott /File Photo

MELBOURNE, July 19 (Reuters) – Australia has lost more mammal species than any other continent and has one of the worst rates of species decline among the world’s wealthiest countries, according to a published five-year environmental report Tuesday by the government.

Some animals such as the blue-tailed skink are known only in captivity, while the common rat and the Christmas Island flying fox are among the mammals considered to be most at risk of extinction over the next 20 years. largely due to introduced predatory species. .

Sandalwood is also in decline.

The report, which comes after drought, bushfires and floods have ravaged Australia for the past five years, said rising temperatures, changing fire and rainfall patterns, l Sea level rise and ocean acidification all had significant impacts that would persist.

“The State of the Environment Report is a shocking document – it tells a story of crisis and decline in Australia’s environment,” Environment Minister Tanya Plibersek said in a statement, adding that the new Labor government would make the environment a priority.

“I’m not going to stick my head in the sand,” she said.

The number of species added to the threatened species list or in a higher threat category increased by 8% compared to the previous report in 2016 and would increase sharply due to the bushfires that hit in 2019-2020.

The “Black Summer” bushfires have killed or displaced an estimated 1-3 billion animals and razed 9% of koala habitat.

Spending of around A$1.7 billion ($1.2 billion) a year is needed to revive endangered species, the report says, adding that the previous government’s targeted spending on endangered species was 49 .6 million Australian dollars.

Australia’s average land temperatures have risen 1.4 degrees Centigrade since the turn of the 20th century.

Many of the country’s most prized ecosystems, such as the Great Barrier Reef which has been hit by massive coral bleaching, are under threat from climate change and environmental extremes, the report said.

As the health of coral reefs declines due to marine heatwaves, the report also highlighted the threat of ocean acidification, caused by the absorption of carbon dioxide from the air, which it said was approaching a tipping point that would lead to the decline of essential juvenile corals. to reef recovery.

Scientists and environmental groups said the report was a wake-up call for the new Labor government to step up carbon cuts to curb climate change, revise laws to protect habitat and invest more money to protect species.

With the EPA Supreme Court ruling, can we ever undo Trump’s damage to the environment?