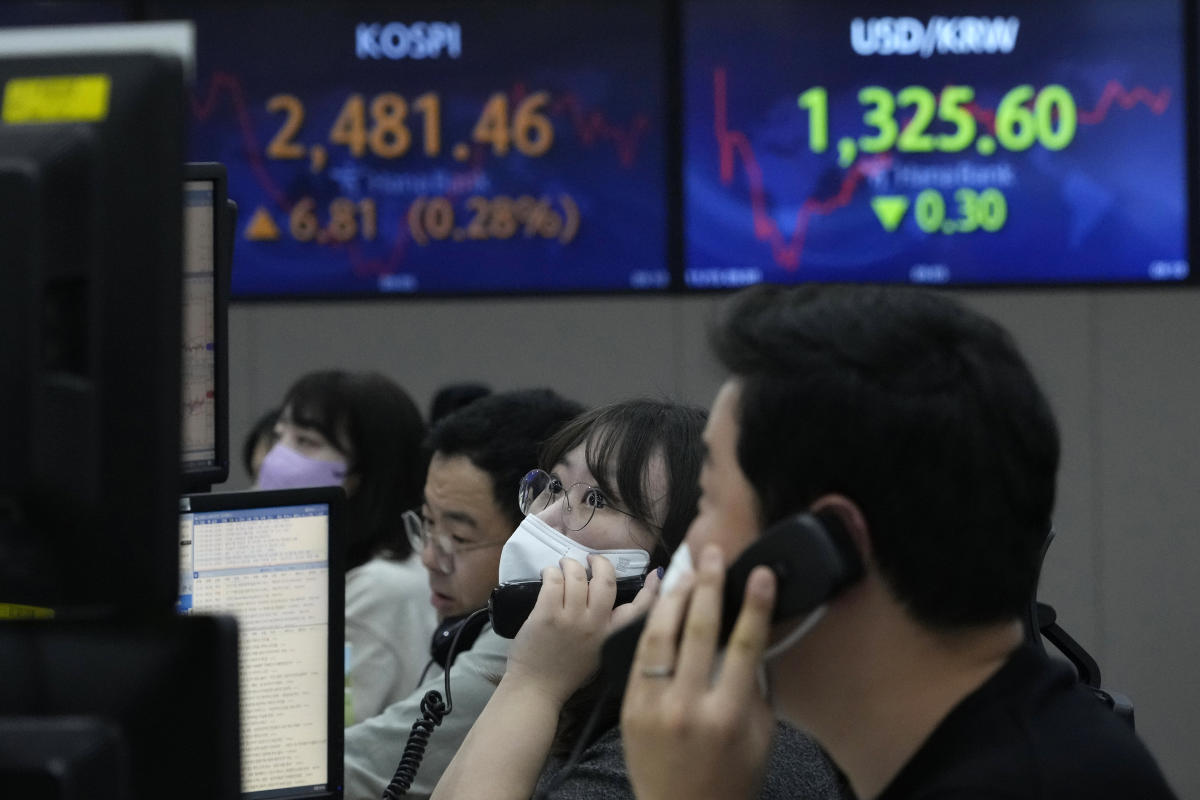 Shanghai, Tokyo and Hong Kong, which account for the bulk of the region’s market capitalization, rose. South Korea and Sydney declined. Oil prices have fallen.

Presidents Joe Biden and Xi Jinping met at a Group of 20 major economies summit in Indonesia. This has fueled hopes for an easing of US-China tensions over security, trade, technology and human rights.

Monday’s meeting was “surprisingly positive” but “the feel-good factor that had boosted markets after the weaker-than-expected October CPI release in the US has evaporated,” they said. ING’s Robert Carnell and Nicholas Mapa in a report.

The Shanghai Composite Index gained 1.3% to 3,123.26 after Chinese consumer spending contracted 0.5% in October more than a year ago under pressure from increased virus controls. Growth in manufacturing activity also weakened.

The performance was worse than expected by forecasters who say Chinese economic activity will slow as interest rate hikes by global central banks depress demand for exports.

Investors fear that this year’s repeated interest rate hikes to quell inflation that is near multi-decade highs could tip the global economy into recession.

Fed officials say rates may need to stay high for an extended period to cool prices.

The government is due to report on wholesale inflation in the United States on Tuesday. Economists say it likely slowed to 8.3% from September’s 8.5%.

On Wednesday, the US government takes stock of retail spending. Economists say growth likely picked up to 0.9% in October after stagnating the previous month.

As the climate heats up, a Chinese urban planner advocates ‘sponge cities’