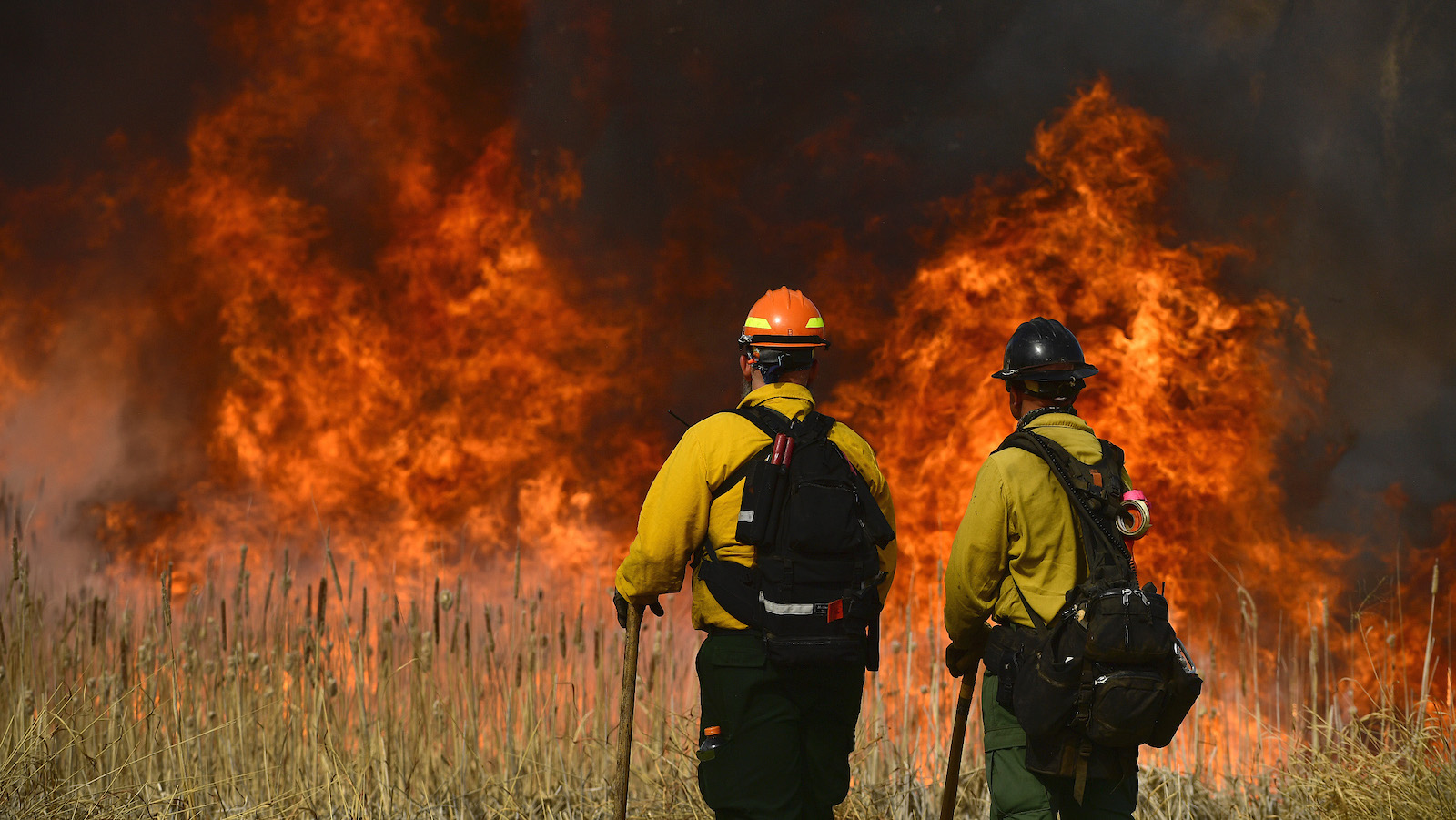 The western United States saw the wildfire season kick into high gear last week. As fire crews progressed to contain a blaze in California’s Yosemite National Park, another blaze broke out near the Oregon border and quickly became the biggest blaze of the year in California. Flames also tore through tens of thousands of acres in northern Montana and eastern Idaho.

Across the country, in a swampy but fireless Washington DC, Democratic lawmakers were feeling the heat. The U.S. House of Representatives on Friday passed a sweeping package of bills aimed at bolstering wildfire response and drought resilience. The 49-bill package was sponsored by Joe Neguse, a Democratic Representative from Colorado who devoted his short career in Washington to wildfire prevention policy, and largely toed party lines.

One of the key provisions of the bill would raise the minimum wage for wildland firefighters employed by the US Forest Service to $20 an hour and allow them paid mental health leave. Federal firefighters are paid significantly less than their state-employed counterparts, and the agency has struggled with low retention rates. NPR reported in May that Forest Service vacancies were highest in the Pacific Northwest and California. The bipartisan Infrastructure Act Congress passed last year temporarily raised the minimum wage for federal firefighters; this bill would make the salary increase permanent.

As well as bolstering the government’s ability to tackle fires when they do occur, the package contains a series of measures that would address prevention and recovery. It would authorize $500 million for initiatives to remove dead trees and vegetation that have accumulated in forests due to a long history of fire suppression. It would also fund intentional, controlled burning projects that eliminate blooms, called prescribed burns. The program aims to train more people in the management of prescribed burns with the creation of new “prescribed fire centers”. To restore ecosystems that have been impacted by past fires, the legislation would also establish a new “burnt area recovery account” authorized at $100 million per year. Funds would be given priority to projects that improve public safety and protect water resources.

The protection and enhancement of water resources are major themes at all levels of the package. This would increase funding for water recycling and reuse programs. There is funding for desalination research and project development, which would help cities and states looking to suck up seawater, rid it of salty minerals, and use it to replenish water reserves. ‘underground water. It would authorize the Department of the Interior to spend $500 million to preserve water levels in Lake Mead and Lake Powell, two large reservoirs with hydroelectric dams that store water and generate electricity for a large western part. It would also include a competitive grant program for clean water projects that benefit Native American tribes. And it would create a new Environmental Protection Agency grant program to pay states to put in place incentives that help homes and businesses install more water-efficient appliances.

Only one House Republican voted for the bill, and other Republicans attacked it for authorizing new spending and failing to reform environmental review processes that hamper forest-thinning projects .

The White House was also somewhat lukewarm on the package. In a statement affirming the Biden administration’s support for the bills, the Office of Management and Budget also suggested that some of the policies put forward were redundant. “The Administration appreciates Congress’ interest in the Administration’s efforts to address climate change and its effects on wildfires and drought,” she said, but “would like to work with the Congress to ensure that the numerous provisions of the law avoid duplication of existing provisions”. efforts of the authorities and the administration.

The legislation faces an uncertain future in the Senate, which recently turned its attention to another climate-related package – a spending bill called the Cut Inflation Act. Along with a slew of clean energy tax credits that experts say will help the country meet its emissions targets, this package would earmark $1.8 billion over the next decade to phase out hazardous fuels. federal forests.