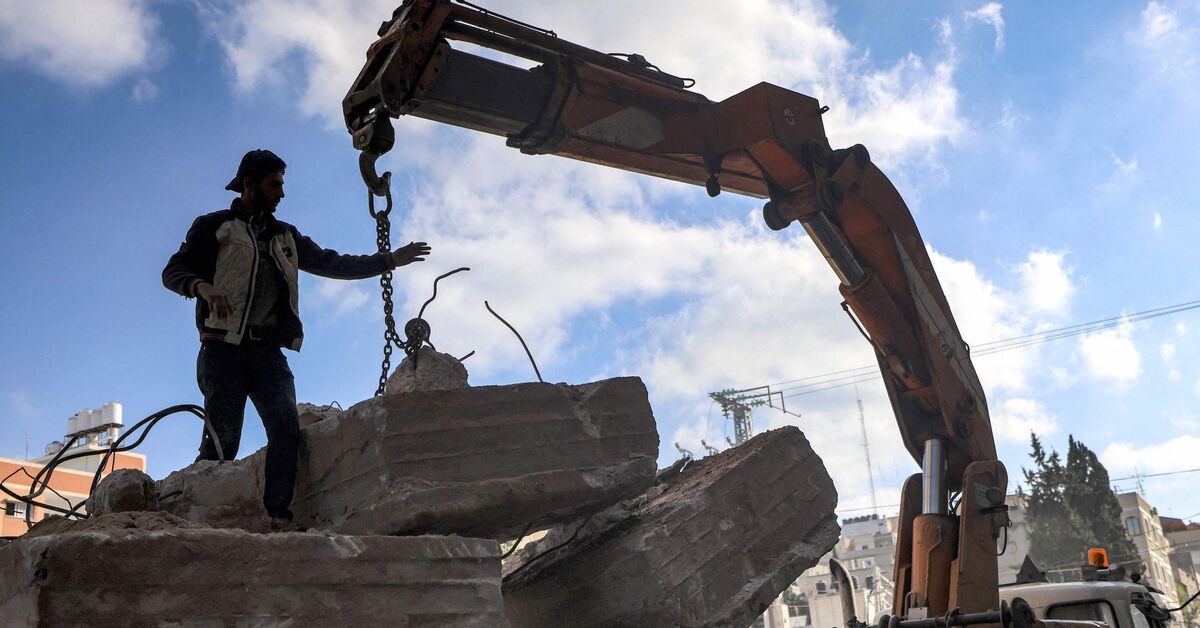 As reconstruction approaches, Gaza fears donors will not keep their promises

GAZA CITY, Gaza Strip – The Gaza Strip Ministry of Public Works and Housing announced on September 17 that the reconstruction process would begin in early October.

The announcement came as some donor countries were reportedly breaking their promises, as happened in previous wars.

According to the ministry, 1,500 homes in Gaza were completely destroyed during the fighting in May and 800 were severely damaged. Another 56,000 were moderately or slightly damaged.

Naji Sarhan, Undersecretary of the Ministry of Public Works and Housing in Gaza, told Al-Monitor that Qatar will fund the reconstruction of nearly 1,000 of the completely destroyed houses.

He noted that the ministry has provided the names of the owners of these houses to the Qatari Committee for the Reconstruction of Gaza, which will pay the owners directly.

“Qatar has pledged to pay $ 500 million for the reconstruction process,” he added.

The Gaza Municipality said in a September 18 press release that the Qatari Committee for the Reconstruction of Gaza has informed the municipality that it is postponing infrastructure reconstruction projects until early next year, warning of flooding. in the plains and stores during the coming winter season. .

The recent escalation in Gaza has caused massive damage to its infrastructure, such as water treatment plants and water and power lines.

Gaza Municipality media department chief Hosni Muhanna told Al-Monitor: â€œSince the recent escalation in Gaza ended, the municipality has warned of the environmental consequences of delaying the restoration of the area. Gaza’s infrastructure, which is why it has rushed to submit restoration projects to several parties.

He said the municipality had received pledges from Qatar, the Islamic Development Bank and USAID to provide financial grants for these projects. He warned of an environmental disaster that would negatively affect the lives of residents and create environmental and health problems as winter approaches.

“We fear the collapse of streets, roads, water pipes and sewage systems,” he added.

Muhanna stressed that the municipality has done everything possible to meet the needs of road maintenance so that citizens can move around. He stressed that the reconstruction of housing must be coupled with the restoration of infrastructure in order to prevent disasters during the winter.

Sarhan said Qatar has not abandoned its infrastructure restoration plans, but rather seeks to carry out the reconstruction of houses and infrastructure separately.

He added: â€œWe [at the Ministry of Housing] submit our reconstruction plan to donor countries, but we cannot force them to comply, because each country has its own policy and its own interests. â€¦ Ultimately, the decision is theirs.

Sarhan added that Egypt is focusing on a road along the coastline in the northern Gaza Strip, which will be followed by a project to build residential units.

In May, Egypt announced that it would provide $ 500 million for the reconstruction process.

Sarhan said the ministry has only received vague pledges from several donor countries, including Saudi Arabia and Kuwait, and is now waiting for those countries to announce how much to give.

He said the countries that participated in the Cairo International Conference on Gaza Reconstruction, held after the end of the war in 2014, pledged to provide $ 5.4 billion to the Palestinians, but that only $ 800 million was received, while hundreds of the homes and towers bombed during the 2014 war remain destroyed.

Sarhan expressed the ministry’s fear that reconstruction of Gaza would be hampered by the division and political differences between Hamas, which controls Gaza, and the Palestinian Authority, which is not focusing on reconstruction efforts.

“Donor countries must keep their promises so that the state of calm remains in Gaza,” he added.

Hussam al-Dajni, professor of political science at Al-Ummah University in Gaza, told Al-Monitor Palestinians’ concerns about the failure of reconstruction process in Gaza are due to lack of commitment from donor countries to provide the funds promised. at the Cairo conference in 2014.

He said the current Israeli government is also hampering the process and seeking to tighten the siege, adding that the Gaza Strip is waiting to see if the international community will put pressure on Israel to allow the reconstruction process to begin, as a crisis in Gaza will directly affect Israel.

Dajni thinks the argument from donor countries that they have concerns about distributing money in the midst of conflict is illogical. He called on those countries to force Israel to comply with international resolutions, while refraining from attacking the Palestinians.

â€œHow can a long-term truce be implemented when the Israeli occupation oppresses Palestinians everywhere and rejects the creation of a Palestinian state along the 1967 border? He asked.

Dajni attributed Qatar’s postponement of the infrastructure reconstruction project to political rather than economic reasons. He said Qatar might fear being classified as a terrorist supporter if it acts without the prior approval of the United States.