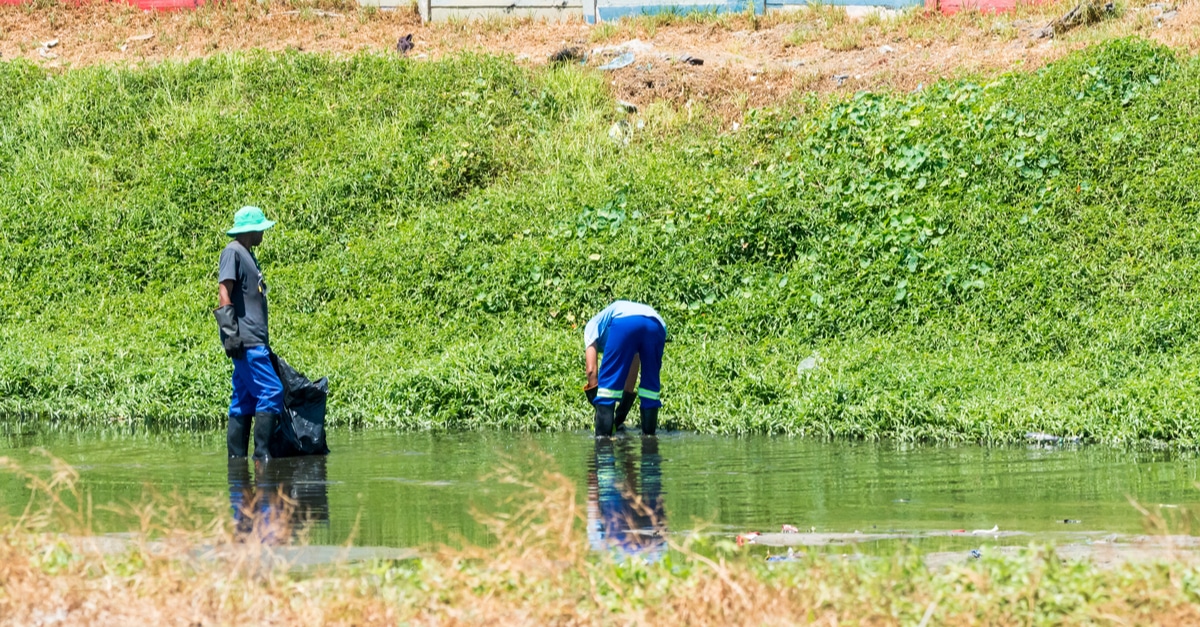 Africa: how the continent has integrated the concept of environmental protection

The current understanding of environmental protection in Africa is not far removed from that of the rest of the world. The concept of environment in Africa has evolved rapidly in response to current climate challenges. The demands of the past have been reinforced by new obligations. Here, the protection of the environment goes through approaches, actors and means identical to those used in the West or in Asia: ecotourism, agroecology, circular economy, green economy, green energy, energy efficiency, sustainable city, everything is there. Today, environmental protection in Africa encompasses issues of biological diversity, preservation of natural resources and ways to reduce and adapt to climate change.

Mitigating and adapting to climate change is one of the latest approaches to protecting the environment in the world. Global warming being a phenomenon with global consequences, world leaders have understood the need to act together. This is the subject of the Conference of the Parties (COP) to the United Nations Climate Convention, launched in 1995 in Berlin, Germany. COP 21 2015 calls on its signatory members to reduce greenhouse gas emissions in order to minimize the human impact on climate change. It sets quantified targets for each country or region of greenhouse gas emissions and the corresponding reductions to be achieved. This quantified commitment is embodied in a series of measures and political commitments, which are reviewed and updated during the annual meetings of the signatory countries of the climate convention, which affected 197 countries in 2018.

Africa is particularly challenged in this battle. In addition to preserving forests (especially the Congo Basin forest, the second largest forest in the world after the Amazon rainforest) to regulate the climate, Africa must adapt to climate change and face natural disasters, despite financial means. limits. Made up mainly of developing countries, the continent is also the first victim of climate change, in particular due to the worsening water stress in the north and south of Africa. But there are other consequences that particularly affect Africa. In a study published in January 2021, the non-governmental organization (NGO) Germanwatch notes that Mozambique, Zimbabwe, Malawi, South Sudan and Niger are among the ten countries in the world most affected by climate change. According to the same source, Mozambique loses around 362 million euros per year due to flooding caused by cyclones. Zimbabwe was hit hard by Cyclone Idai in 2019 and estimated the cost of repairing the damage at 900 million euros.

Read also: AFRICA: the circular economy at the heart of the preservation of ecosystems

The battle for biodiversity

The conservation of biodiversity is also one of the most recent developments in environmental protection in Africa. The need to conserve biodiversity has been reinforced in Africa, as in the rest of the world, by the publication in 2019 of the report on the Global Assessment of Biodiversity and Ecosystem Services, produced by the Intergovernmental Science-Policy Platform on Biodiversity. and ecosystem services. (IPBES). The report’s findings, based on years of hard work by the many scientists who contributed to it, will provide a comprehensive overview of the current state of global biodiversity. According to the report, 75% of the terrestrial environment is currently â€œseriously degradedâ€ by human activities (marine environment 66%). And yet, according to researchers, biodiversity is the basis of all life on earth, including human life.

The preservation of biological diversity is therefore a requirement in various fields of activity: agriculture, hydroelectricity, transport, urbanization and construction, forestry. This requirement is fueled by the development of certified organic products, whose manufacturing processes and sectors take into account the preservation of biodiversity. This is the case with NestlÃ©, for example. The food company has developed a program called “NestlÃ© Cocoa Plan“, which fights against deforestation in cocoa plantations in West Africa.

The 4e edition of the “Top of a planet”, which took place on January 11, 2021, contributed to heightening concerns about biodiversity. After noting that climate change disrupts natural environments and threatens the extinction of many plant and animal species, the “Top of a planet” mobilized the international community on four strategic axes: the protection of marine and terrestrial spaces, the promotion of agroecology, the financing of the preservation and restoration of biodiversity, the protection of tropical forests, species and human health. These priorities will probably be further strengthened in the 15e Conference of the Parties to the United Nations Convention on Biological Diversity, to be held from October 11 to 24, 2021 in Kunming, capital of Yunnan province of China.

Before the fight against climate change and the destruction of biodiversity, environmental protection in Africa was essentially limited to basic issues, in particular the fight against pollution, deforestation and poaching. It is in this context that the creation of protected areas developed between 1920 and 1990. In the absence of binding legal frameworks in environmental matters, African States, urged by civil society and the international community, have joined forces with others. set up to create protected areas, delimited and supervised territories. in which wildlife can thrive.

In Central Africa, the first generations of protected areas were created at the beginning of the 20e century, in the middle of the colonial period. In 1930, the former French Equatorial Africa (AEF) signed several decrees creating protected areas in savannah regions or in forest-savanna contact. However, some have been created in forest regions, the objective being to maintain wood production capacity in the face of possible overexploitation. This is the case for the Kahuzi-Biega, Kundelungu, MaÃ¯ko and Salonga parks in the Democratic Republic of Congo (DRC, then Zaire).

This â€œecologicalâ€ approach to the colonial period in Africa is however qualified by the research of environmental historian Guillaume Blanc, who analyzes the forces and consequences of an idealized vision of African nature inherited from the colonial period. For him, the colonial period is synonymous with particularly severe degradation of ecosystems. â€œColonization has intensified hunting, especially for the ivory trade. By the end of the 12e century, about 65,000 elephants were killed each year on the continent. The forest was also damaged for the cultivation of the land. Between 1850 and 1920, 95 million hectares of forest were cleared in Africa and Asia, four times more than in the previous 150 years â€, explains Guillaume Blanc. In addition, game reserves and national parks limited access for local populations. The challenge today is to succeed in (re) reconciling the protection of ecosystems and the socio-economic development of populations. This is inclusive environmental protection.