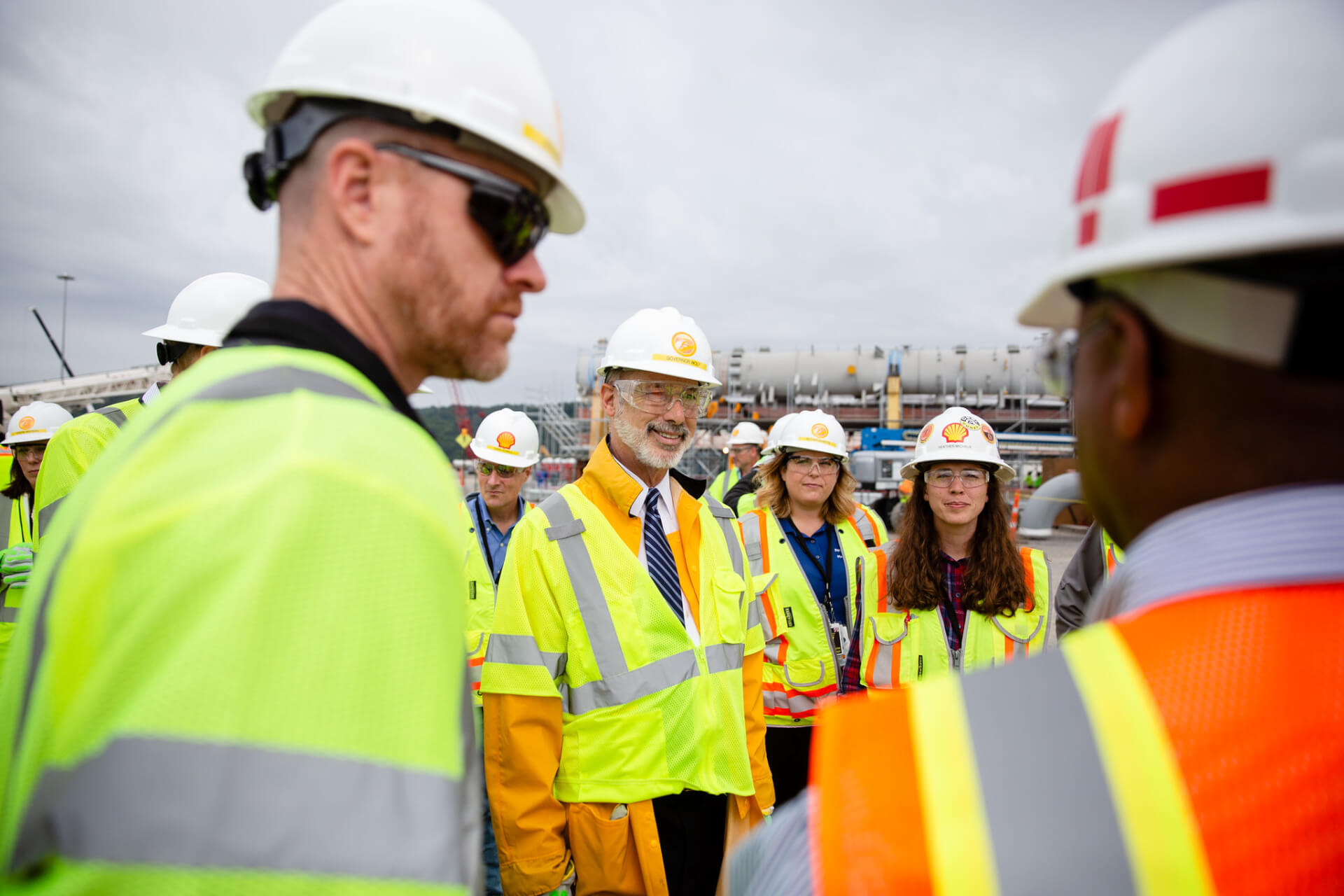 This time of year, many of us make New Year’s resolutions committing to do more to improve ourselves and the world around us. Many of these resolutions focus on tackling climate change.

We are committed to driving less, recycling more or eating in a sustainable way, all in the name of reducing our carbon footprint. Here in the Commonwealth, Governor Tom Wolf and policymakers should focus on resolutions that dramatically reduce Pennsylvania’s methane footprint in the oil and gas industry (as well as its overall carbon footprint).

Most efforts to slow climate change focus on carbon dioxide, its main driver. But the landmark Intergovernmental Panel on Climate Change (IPCC) report released last year highlights the role other greenhouse gases play in global warming, especially methane. Methane is the second leading cause of global warming with 87 times the warming impact of carbon dioxide in the first 20 years after its release.

It is also the main component of fossil gas, which is burned to generate electricity and is the primary heating fuel for about half of Pennsylvania’s households.

This means that Pennsylvania, the country’s second-largest gas-producing state, has a vital role to play in reducing methane emissions. As the IPCC report concludes, reducing these emissions will have short- and long-term benefits for humanity, public health and the environment.

Fortunately, there are clear and achievable steps policy makers can take to make meaningful progress on methane and reduce our state’s dependence on fossil gas. For starters, they can bolster efforts to plug the hundreds of thousands of orphaned and abandoned oil and gas wells that are currently spilling methane into the air. The Biden administration has made more than $ 4 billion in grants available to states to document and prioritize the plugging of these wells. Once received, this federal money must be spent quickly, and Pennsylvania must have a concrete plan to do it wisely.

Pennsylvania policymakers and the Department of Environmental Protection (DEP) must weigh in to bolster the EPA’s proposal and ensure it fills gaps in Pennsylvania state oil and gas rules. For example, tens of thousands of well sites in Pennsylvania are currently exempt from any common sense leak inspection requirements.

Adopting these changes must be the first step in the broader resolve of policymakers to stop giving in to the pressures and politics of the oil and gas industry.

According to a PennFuture report, the state’s energy industry has benefited from billions of dollars in grants, offering little in return to Pennsylvania taxpayers and communities. Amid an ongoing pandemic and growing threats of natural disasters, these grants divert funds that could be much better spent to provide genuine support to families and communities. In addition, they are based on false narratives around fossil gas, ignoring its negative impact on communities and public health.

In addition, they are delaying our state’s promising and necessary transition to a more sustainable energy industry. State officials must resolve to serve as a positive force in this vital shift towards renewable energy sources, rather than a hindrance.

We have to deal with the short and long term threats of methane emissions. This is how | Opinion

This means rejecting plans and proposals for new or improved fossil fuel infrastructure, including gas plants, pipelines, etc. This means supporting the development of renewable energy that will bring good jobs and clean energy to Pennsylvania.

Lawmakers in Wolf and Pennsylvania have an inordinate opportunity to improve our state’s future with their New Year’s Resolutions. But all residents and voters have a role to play in making this progress in the year ahead.

Resolve to call on your elected officials, get involved and demand a better future for the Commonwealth. It is imperative this year and for countless years to come.

Joseph Otis Minott is the Executive Director and Chief Legal Counsel of the Clean Air Council. His work appears frequently on the Capital-Star commentary page. He writes from Philadelphia.