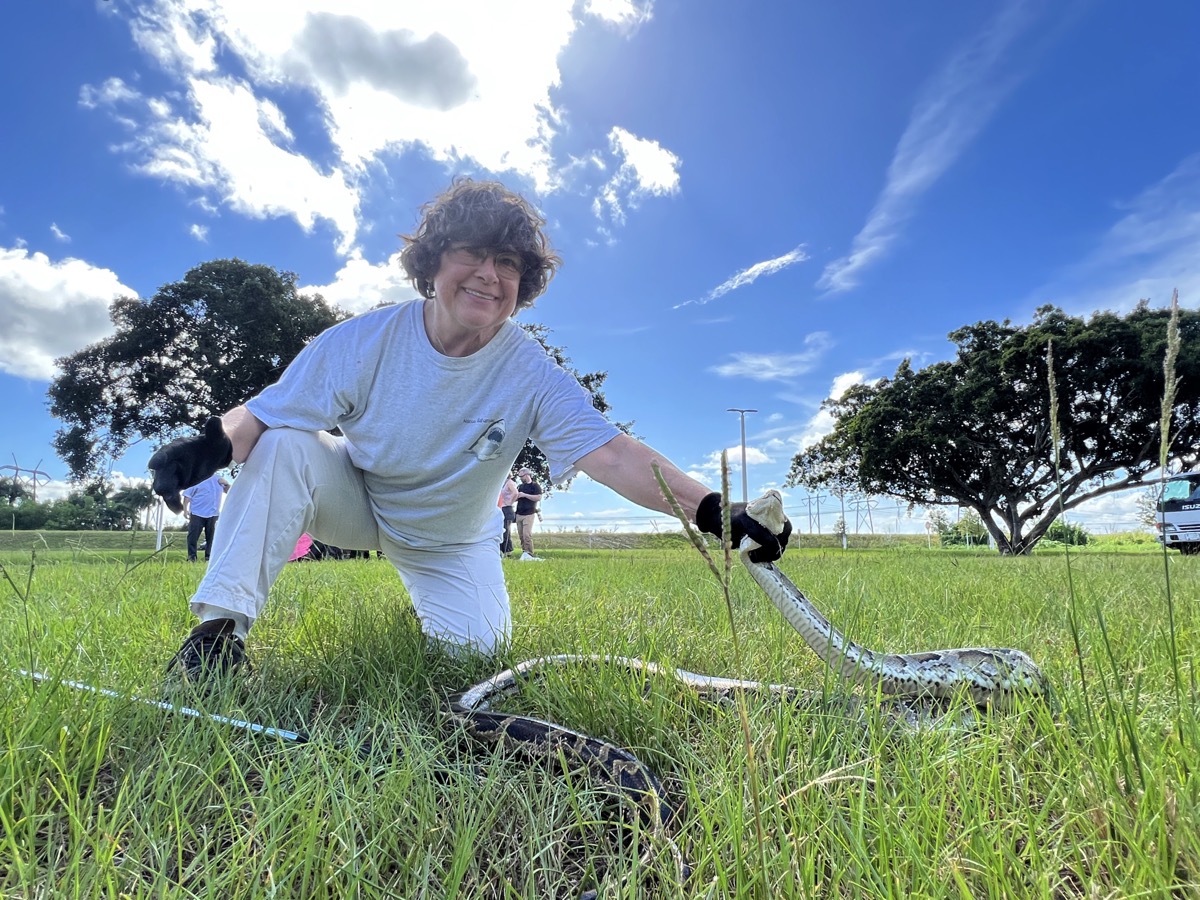 More than 800 participants are on the hunt for Burmese pythons in the Florida Everglades, competing to win thousands of dollars in cash and help relieve the national park of these invasive snakes. “It’s important because every python removed is one less invasive species attacking our native birds, mammals and reptiles,” Florida First Lady Casey DeSantis said during the opening ceremony. Read on to learn more about the hunt, the price, and how pythons and other invasive species are destroying American ecosystems.

The Florida Python Challenge is an annual Burmese python elimination contest designed to inspire people to take an active role in conserving the Florida Everglades. It started on Friday and will continue until Sunday, August 14.

Participants in the professional and novice categories can win cash prizes of up to $2,500 for removing the most pythons. There are additional rewards for the longest pythons removed in both categories. Pythons must be dead and hunters will be disqualified if they kill them inhumanely or kill a native snake.

So far, registered hunters represent 32 states and Canada. Those interested in competing can still register until the last day of the competition, August 14, at FLPythonChallenge.org. There is a $25 registration fee and mandatory free online training.

The Burmese python is a non-venomous constrictor snake and one of the biggest snakes in the world. Adult Burmese pythons captured in Florida measure between 6 feet and 2.79 feet. The largest Burmese caught in Florida was over 18 feet long. They are semi-aquatic and are often found near or in water.

Burmese pythons are tan in color with dark markings on their backs and sides. The spots look like puzzle pieces or the marks of a giraffe. They have a pyramid-shaped head with a dark arrowhead-shaped wedge extending towards the nose.

Coming from their native Asia, Burmese pythons were introduced to Florida via the pet trade, and they settled in the Everglades, where they threatened the local ecosystem.

“It’s the wildlife problem of our time for South Florida,” said Ian Bartoszek, wildlife biologist and environmental science project manager for the conservation program. In June, Bartoszek himself transported the heaviest Burmese python ever caught in Florida.ae0fcc31ae342fd3a1346ebb1f342fcb

The female python weighed 215 pounds, was nearly 18 feet long and had 122 developing eggs, the Conservancy of Southwest Florida said in a news release.

According to Bartoszek, the elimination of female pythons plays a key role in disrupting the reproductive cycle.

Scientists have found dozens of white-tailed deer inside Burmese pythons. Data researchers from the University of Florida have documented 24 species of mammals, 47 species of birds, and 2 species of reptiles in the stomachs of pythons.

The Burmese python is just one example of a global cause through the expansion of intercontinental trade. “Some species, such as frogs and iguanas, are shipped far from their native lands as exotic pets. Others, like spiders and beetles, are hitchhiked in packages and crates transporting products”, USA today reports“In the United States, more than 6,500 non-native species have been identified, costing an estimated $100 billion in economic damage each year, according to a 2005 study cited on a US Geological Survey website, the most recent estimate available,” the newspaper warns.

Frogs, lizards and other amphibians and reptiles living in places they don’t belong alone cost the world at least $17 billion between 1986 and 2020, a group of international researchers concluded in a new study. It’s time to take matters into your own hands, one snake at a time.